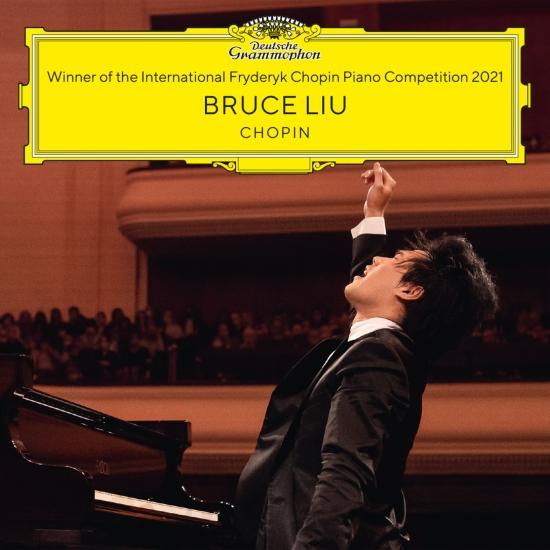 Deutsche Grammophon is set to release recordings made live during the various stages of the 18th International Chopin Piano Competition by Bruce Liu, the newly crowned winner of the world’s most prestigious competition for classical musicians. The jury awarded the top prize to the 24-year-old Canadian pianist last night, immediately after the final round at Warsaw’s National Philharmonic, and his album is already in preparation.
The release of these live recordings by Bruce Liu marks a renewed collaboration between Deutsche Grammophon and the Fryderyk Chopin Institute. The label and the Chopin Institute, organisers and hosts of the Chopin Competition since 2010, are jointly committed to promoting the work of exceptional interpreters of Chopin’s music.
“We’re delighted to partner with the Chopin Institute once again and to celebrate one of the classical world’s rising stars,” comments Dr Clemens Trautmann, President Deutsche Grammophon. “Music-lovers around the world have been captivated by each stage of this year’s International Chopin Piano Competition. I know that everyone will join us in congratulating Bruce Liu for his revelatory interpretations during the last few weeks. The powerful emotions and extraordinary beauty of Chopin’s art speak deeply to young musicians, which is why we believe it is so important to share these recordings from the Chopin Competition.”
DG has collaborated with the Chopin Institute on major events in the past, notably “Chopin Year” in 2010 and the acclaimed “Chopin and his Europe” festivals in Warsaw. The partnership took an innovative turn in 2015 when the Yellow Label agreed to arrange the immediate release of an album by the winner of the 17th International Chopin Piano Competition. Seong-Jin Cho’s debut recording, drawn from the Competition’s recital rounds and finals, topped the pop charts in his native South Korea and led to his signing with DG.
The International Chopin Piano Competition was first held in 1927 and, until the arrival of Covid‑19, had taken place every five years since 1955. A founding member of the World Federation of International Music Festivals, the Chopin Competition has set the benchmark standards by which all other classical music competitions are measured. Its 18th edition, originally scheduled for October 2020, was postponed by the pandemic.
The Competition’s reputation also rests on the international stature and quality of its juries. Over the years, these have comprised such leading figures from the worlds of music, ideas and the arts as Wilhelm Backhaus, Arturo Benedetti-Michelangeli, Nadia Boulanger, Witold Lutosławski, Krzysztof Penderecki, Maurice Ravel, Artur Rubinstein and Karol Szymanowski.
Bruce Liu, piano 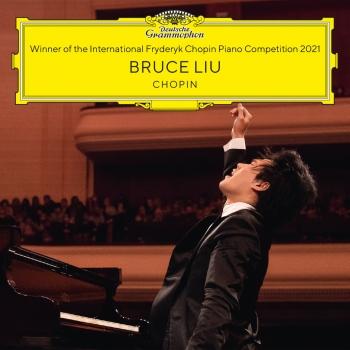 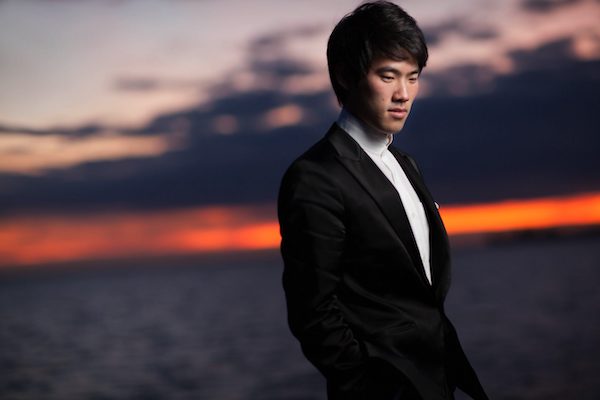 Bruce Liu
The first prize winner of the 18th Fryderyk Chopin International Piano Competition.
Described by The Telegram for his “powerful, polished, and emanates from a disciplined mind” interpretations, Bruce Liu is standing out as one of the most musically dynamic and technically gifted pianists of his generation.
He has performed with major ensembles including the Cleveland Orchestra, Israel Philharmonic Orchestra, Montreal Symphony Orchestra, Warsaw National Philharmonic Orchestra, NHK Symphony Orchestra, Polish National Radio Symphony Orchestra, Seoul Philharmonic Orchestra, among others.
He took part in a North-America tour with the China NCPA Orchestra, performing Ravel’s G major Concerto, National Post described his interpretation “a subtle range of French colour and feeling ”. Recently, He performed two successive China tours with the National Symphony Orchestra of Ukraine and the Lviv Philharmonic Orchestra (including appearances at the Beijing Concert Hall, the National Center for the Performing Arts, Shanghai Oriental Arts Center, Changsha Concert Hall, and the National Library Arts Center). He has made numerous studio recordings with ICI Radio-Canada featuring works by Bach, Beethoven, Chopin, Ravel, Satie, and his music has been broadcasted worldwide. “Melodic lines were well-defined, there was steely clarity to his articulation, a huge range of dynamic contrasts, and the lyrical episodes were lovingly shaped. Liu compelled you to listen.” (Classical Voice North America)
Born in Paris in 1997, Bruce Xiaoyu Liu studied with Richard Raymond and is currently a student of Dang Thai Son.