Between the Earth and the Stars Bonnie Tyler 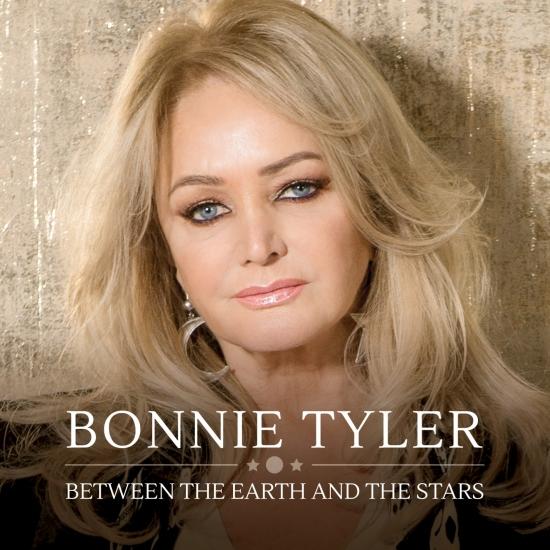 Info zu Between the Earth and the Stars 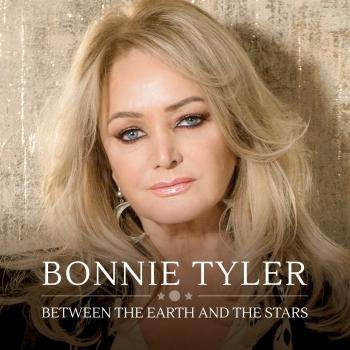 Between the Earth and the Stars 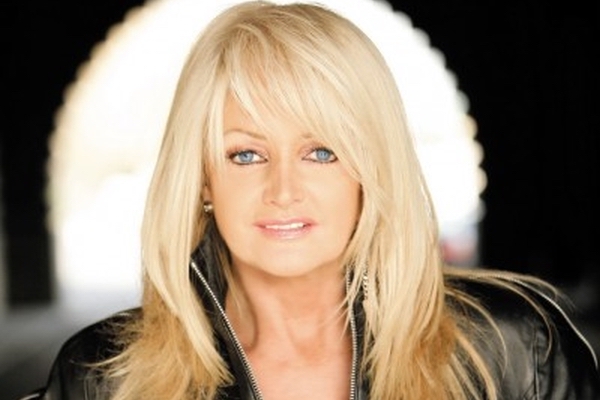 Bonnie Tyler
Born in Skewen, Neath, South Wales, Bonnie grew up listening to, and being influenced by, the legendary female artists of the day, especially Janis Joplin and Tina Turner.
Her first taste of success came with a local talent competition, in which she came second. The prize money was just £1 but it gave her the confidence to start singing seriously. As she said, “The excitement made me want to do it again. I really loved singing and that competition started it for me.”
Following the contest, Bonnie continued to play the pubs and clubs of South Wales, first with Bobby Wayne & The Dixies, and later with Soul group Imagination. Before long, she was spotted by talent scout Roger Bell, who saw her singing in Swansea under the stage name Sherene Davis.
Bonnie said, “I started singing in April 1969 and worked 6 nights a week for 7 years before being discovered by Roger Bell. He came to Wales from London to listen to a male singer he had been told about, but there were two floors in the night club and as he walked in he heard me singing instead! That was the beginning of my wonderful journey.”
A record deal with RCA followed and she released her debut single ‘My! My! Honeycomb’ in 1975. That same year she was forced to undergo surgery to remove nodules on her vocal chords, an operation that enhanced her already husky voice. Bonnie Tyler - It's a Heartache
Bonnie then teamed up with writer and producer Ronnie Scott and recorded her breakthrough hit. ‘Lost In France’ was her second ever single and it climbed to No.9 in the UK charts in 1976. The track was then released in Europe and became a huge hit, staying in the Top Ten in Germany for over six months.
The following year, ‘It’s A Heartache’, Bonnie’s next single was her first hit in the USA, reaching No. 3 in the Billboard chart, and was a massive hit all over the world. Bonnie’s star was truly in the ascendancy, and the hits would keep coming!
The 80s saw even greater success. A burgeoning collaboration with epic rock pioneer Jim Steinman garnered both Grammy Nominations and phenomenal international recognition with the album ‘Faster Than The Speed Of Night’, and multi-platinum selling power ballad ‘Total Eclipse Of The Heart’. Continuing their working relationship, ‘Holding Out For A Hero’ from the soundtrack to the film ‘Footloose’, proved similarly popular and has also featured in several other movies since including the ‘Shrek’ series. Those songs are unforgettable classics familiar to anyone who has ever turned on a radio! Bonnie performed ‘Total Eclipse of the Heart’ at the opening of the Welsh Parliament in 1999.
In the 90s Tyler worked with “the German Simon Cowell” writer/producer Dieter Bohlen giving rise to albums including the monster German hit ‘Bitterblue’. She continues to perform every year for her legions of German fans in what is a very special country to her.
Over and above those timeless tracks that made her a household name, she has proved her versatility by enjoying a bilingual number one album in France, and performing duets – notably with artists as diverse as Todd Rundgren and Shakin’ Stevens. In 2013, she released an album of Country tracks entitled ‘Rocks and Honey’ and, in the same year, she was selected as the UK’s entry in the Eurovision Song Content.
Bonnie was impacting the European market to such a degree that in 2003 she recorded a dual-language cover of ‘Total Eclipse’, with French artist Kareen Antonn titled ‘Si Demain (Turn Around)’ which topped the charts in Belgium, Poland and France, the latter for ten weeks.
Both ‘It’s a Heartache’ and ‘Total Eclipse of the Heart’ are among the best-selling singles of all time, with sales in excess of six million. Bonnie’s work has earned her two Grammy Award nominations and three Brit Award nominations, among other accolades. Bonnie continues to perform all over the world,
2019 heralds not only that 50th anniversary, the new album: ‘Between The Earth and The Stars’ and some phenomenal live shows, but also a series of further announcements that will delight her fans globally!
Perhaps the final word should go to Bonnie herself, “I’ve performed all over the world, and still love hitting the stage and entertaining my fantastic fans. The time was right however to get back into the studio but I knew that, to mark 50 years of performing, I had to deliver something really special. I’ve done just that! The new material on ‘Between The Earth and The Stars’ is sounding amazing.”