Nick Revel: Letters to My Future Self Nick Revel 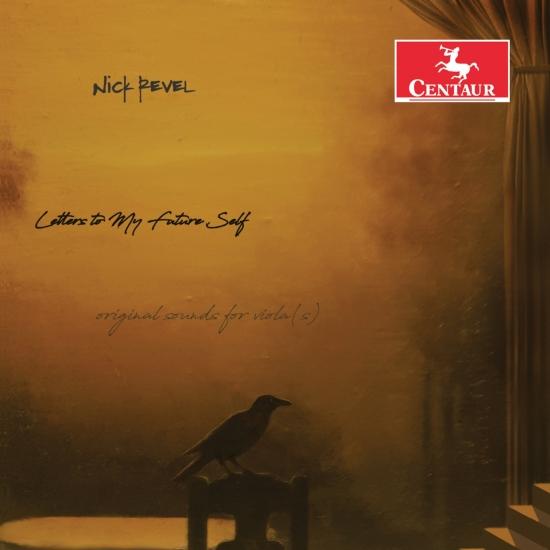 Info zu Nick Revel: Letters to My Future Self

In Letters to My Future Self, American composer and violist Nick Revel takes us on a musical journey of a constantly morphing Soundscape of styles and genres. This is all performed on viola, but some tracks also have cello, a guitar, or a second viola. This is a fascinating and enjoyable musical experience. Nick Revel is a violist, composer, improviser, and educator. He is a violist in PUBLIQuartet, string quartet, Folie à Deux, and New York String Studio, which he co-created with his wife and fellow violist Nora. The NY String Studio teaching philosophy draws on methods of self-awareness practices, Suzuki Method, Alexander Technique, meditation, and Madeline Bruser’s “The Art of Practicing.” He also founded the chamber music program at the Talent Education Suzuki School in Norwalk, CT, where he has coached string quartets for five years. Letters to My Future Self is Nick’s debut solo album.
Nick Revel, violin 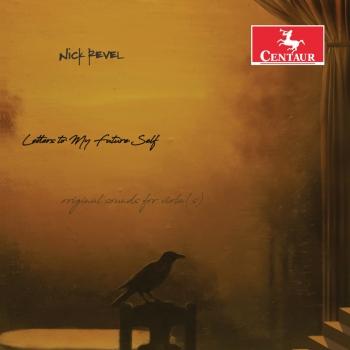 Nick Revel: Letters to My Future Self 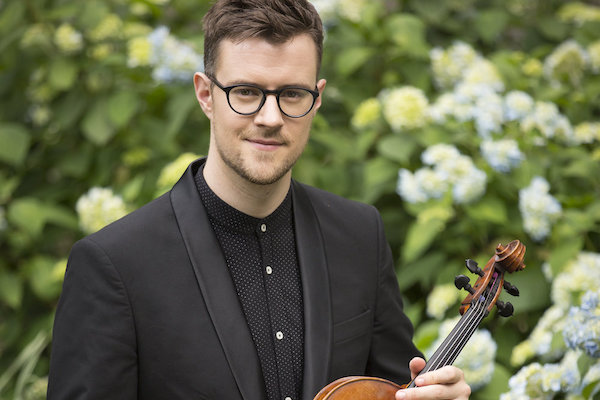 Nick Revel
is the founding violist of PUBLIQuartet, which was string quartet in residence for the Metropolitan Museum of Art's “MetLiveArts” 2016/17 season. PQ has been presented by the Late Show with Stephen Colbert, the Metropolitan Museum of Art, The national Gallery, Carnegie Hall, the Joyce Theater, National Sawdust, Dizzy's Coca Cola Club, and the Newport Jazz Festival. He's collaborated with Benjamin Millepied and the LA Dance Project, Björk, Paquito D’Rivera, Billy Childs, JACK Quartet, Alarm Will Sound, the International Contemporary Ensemble. As a composer, Nick's 2017 commission In DayDream for viola and guitar was premiered in Carnegie Hall on April 10, 2017 and was selected as a winner of Indiana State University's Music Now Call for scores in October 2018. In addition, his debut album titled Letters to My Future Self of all original compositions, improvisations, and sound designs for viola to be released on Centaur Records on January 4, 2019. For three consecutive years Nick was commissioned to write pieces for mixed student ensembles at the Talent Education Suzuki School, one of which was premiered at the 10th Anniversary of the founding of the school at Norwalk City Hall for the Mayor of Norwalk and other public notables in the Spring of 2014. As an educator, Nick has travelled the United States giving improvisation workshops to orchestras and chamber groups. He co-developed and implemented a theory curriculum for the Talent Education Suzuki School based on musical tension-and-release and now coaches chamber groups, one of which was specially selected to participate in the 2017 Associated Chamber Music Players Live Stream Masterclass, held at the National Opera Center in NYC. Nick co-created the New York String Studio, located in Sunnyside, Queens with his wife Nora Krohn. NY String Studio teaching philosophy draws on methods of self-awareness practices, Suzuki Method, Alexander Technique, meditation, and improvisation. He aspires to offer his students high quality instrumental technique and a deeper understanding of mind and body, discipline, problem-solving, organization, time management, and self-expression.