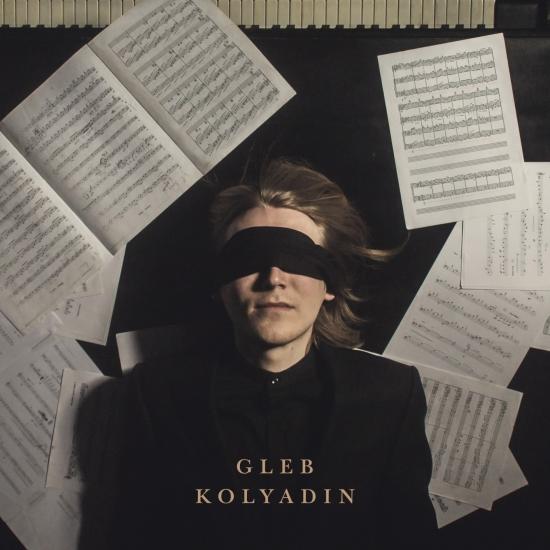 Following the success of two highly-praised albums with Iamthemorning, Russian virtuoso pianist Gleb Kolyadin affirms his musical authority with his debut, self-titled album on Kscope. The record features a staggering who’s-who of performers, including: Gavin Harrison (King Crimson / Porcupine Tree) on drums; Nick Beggs (Steven Wilson) on bass; Theo Travis (Robert Fripp / Porcupine Tree / Steven Wilson) on flute and saxophone; the unmistakable voice and lyrics of Steve Hogarth (Marillion) alongside Mick Moss (Antimatter); and Jordan Rudess (Dream Theater) on additional keys.”the single greatest pianist I’ve ever met in my life.” Daniel Cavanagh (Anathema).
Gleb Kolyadin is an emotive exploration of self-identity; a story of two parts with interweaving leitmotifs. The album’s central concept weaves through an elaborate tonal and thematic structure, built around the extraordinary rhythm section of Gavin Harrison and Nick Beggs, which is accented at its focal points by guest appearances from Steve Hogarth, Jordan Rudess, Mick Moss and Theo Travis.
The album is a collaborative piece with each musician recording their own parts separately, starting with Gleb recording himself on grand piano in Moscow Winter-Spring 2017 at the famed Mosfilm studio. The album was mixed and engineered by Vlad Avy, who also previously worked on the two Iamthemorning records.
“Gleb Kolyadin is a beautiful pianist and a great musician. I was invited to collaborate on his new solo album and my mind was made up as soon as I heard the music.” Steve Hogarth (Marillion)
“Gleb is an extremely rare talent as a pianist and as a composer. His compositions are very inspiring as he breaks new ground on the instrument.” Gavin Harrison (King Crimson / Porcupine Tree)
“Gleb Kolyadin is a rare talent. A virtuoso classical pianist with tremendous compositional skills… believe you will find the listening experience quite breath taking.” Nick Beggs (Steven Wilson)
"This album makes the listener’s breath and heartbeat hasten, as it alternates between languid beauty and total urgency. It is a landmark album in a career already quickly filling up with landmarks. In the next couple of decades, it will be looked back upon as a very important record. Soon, we will most likely hear more from Kolyadin’s iamthemorning, as it is his bread and butter, but those who have heard the album Gleb Kolyadin will continue to wait patiently for the next glimpse into this cold, unearthly, transcendental world he has created." (Austin Kokel, Sonic Perspectives)
Gleb Kolyadin, grand piano, keyboards
Gavin Harrison, drums
Nick Beggs, bass
Theo Travis, flute, saxophones
Vlad Avy, guitars
Evan Carson, bodhran, percussion
Steve Hogarth, vocals on “Confluence” and “The Best of Days” 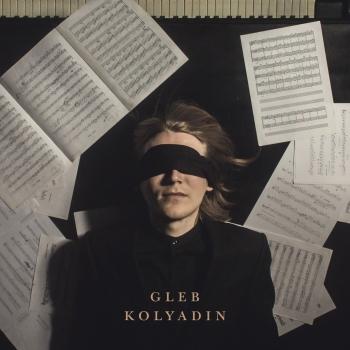