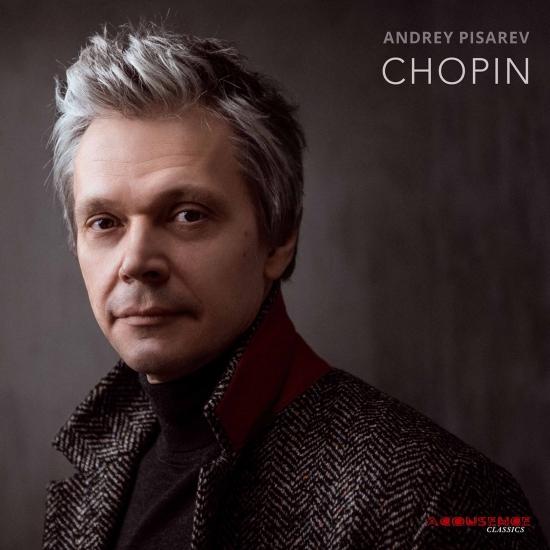 Frédéric Chopin is among the most gifted piano composers of all time. There is hardly another musician whose work is so fixated on the piano, and there is hardly another musician who understands how to write as pianistically as he did. He initially learned to write melodies borrowing Italian opera’s virtuosic ornamentation, and he was able to adapt its cantilena lines to keyboard instruments superbly. Chopin’s thematic inventions are deeply rooted in the accompanying harmonies characteristic to the piano. His boldness often points far into the future, showing how much of a progressive he was. However, he rejected a career as a travelling piano virtuoso. Frédéric Chopin, who only lived to be 39, grew up in Poland and later worked in France, where he was celebrated as a darling of the Parisian salons. There are a few constants seen in his work. He not only had strong nationalistic feelings but was also open to the trends and influences of his day. Also, he took a creative look at the music of the past and in turn was able to influence the style of younger generations of composers. In contrast to his contemporary Robert Schumann, however, extra-musical inspiration and poetic titles hardly played a role in Chopin’s work. Beyond that, this Polish-French composer limited his piano works to just a few types of forms. Pianist Andrey Pisarev touches upon the most important areas in his album recital, where both great virtuosic compositions and poetic miniatures are represented.
Andrey Pisarev, piano 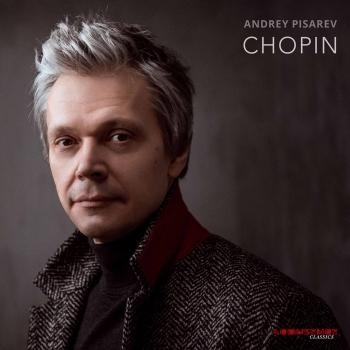 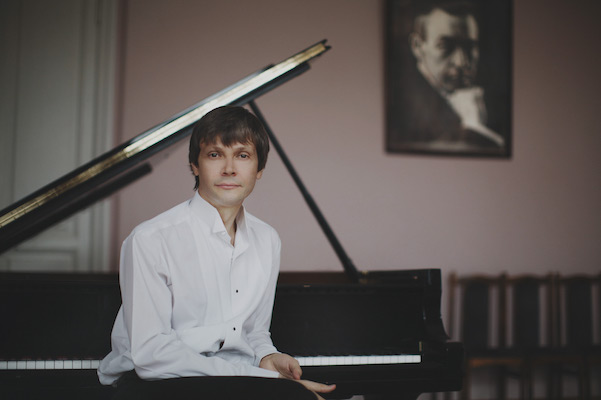 Andrey Pisarev
In 1991, in the International Mozart Competition in Salzburg, a young Russian pianist won Grand Prize – which was the first time since 1956 that Grand Prize had been awarded in this competition. It was Andrei Pisarev.
On October 10 2006 the reviewer Gunilla Boström wrote in Swedish newspaper “Helsingborgs Dagblad”:“In April 2004 I believed that Andrei Pisarev was the best pianist I have ever heard, and this opinion remains after his recital… The expression “World pianist” is not an exaggeration regarding him… “
Besides Mozart Competition Andrei Pisarev won 1st Prize in the Rachmaninoff Piano Competition (Moscow 1983) as well as 1st Prize in the UNISA TRANSNET International Piano Competition and Special Prizes for the best performances of a classical sonata and a Mozart Concerto (Pretoria 1992).
The German newspaper “Westdeutsche Algemeine Zeitung” wrote about Mr. Pisarev: “His performance cannot be forgotten. …The pianist presented such impressive music, that is rarely heard. The fact that his playing is distinguished for virtuosity – is of no doubt. Because that is the basis for transparent sounding of music by Debussy, Liszt, Chopin and Kreisler/Rachmaninoff. His performance was really transparent. The sounds of Sonata by Scarlatti sparkled like clear radiant water drops. The “Suite Bergamasque” by Debussy sounded as a canvass painted with clear bright colours.”
Mr. Pisarev has wide repertoire and feels equally at home when he performs Bach, Mozart, Liszt, Chopin, Rachmaninov, Debussy, Prokofiev, Shostakovich.
All those competitions opened doors of the most prestigious concert halls for the artist and brought engagements from the Words best symphony orchestras, such as Japan Philharmonic Symphony Orchestra, RAI Orchestra Milan, Cape Town Symphony Orchestra, Russian National Orchestra, St. Petersburg Philharmonic Orchestra. Both solo recitals and concerts with the orchestras were acclaimed by audience and critics in USA, South and Central America, Europe, Japan, China, South Korea, Taiwan, besides all Russia.
Critics wrote after Mr. Pisarevs solo recital at one of the Europe most prestigious concert halls – Gewandhous in Leipzig: “… his thoroughly unquestionable and irreprehensible technical accomplishment and imaginative interpretations, which amply tell the story of the brilliant Lisztion piano in its epic moments, or that of Schumannesque intimist in the idyllic ones. The magic of his artistic sensibility and the euphoric atmosphere of the whole concert hall. His playing remarkable for its composure as for its complete pianistic command. The faultless proportions, the air of rapt simplicity, the perfect sense of balance and phrase were often breathtaking.”
Mr. Pisarev is a Professor at the Moscow Conservatory and he has also held master-classes in Japan, USA and Yugoslavia.
He began his Musical education at the age of seven. In 1978 he moved to Moscow to study at the Music School and then at the Tchaikovsky Conservatory in Moscow. He graduated in 1987 and received his M.A. degree in 1989.