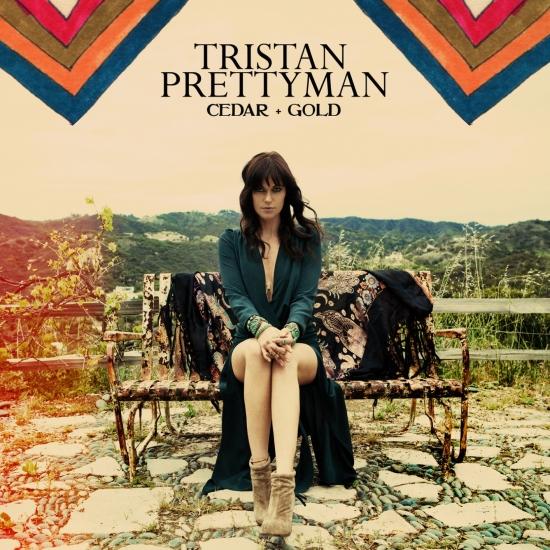 Tristan Prettyman took an extended break prior to making her new album Cedar + Gold. She traveled the globe, had surgery to remove polyps on her vocal cords, got engaged to her long-term boyfriend, dealt with the pain of his ending the engagement, and eventually questioned whether she even wanted to be a musician at all. With an artistry that lies in her finely etched lyrical details and intimate vocal performances, Prettyman spares no one, including herself, on songs like Say Anything, I Was Gonna Marry You, Come Clean, Glass Jar, and Never Say Never. As intense as some of the songs may be, the mood is tempered not only by playfully twisted tunes like first single My Oh My, but also by the album s warm, earthy sound, which Prettyman created with her producer Greg Wells (Adele, Katy Perry), who plays piano, bass, drums, and some guitar on the album.
"If Tristan Prettyman's 2008 release Hello...x was somewhat inspired by her split with fellow singer/songwriter Jason Mraz, then her intimate, musically varied 2012 effort Cedar + Gold, recorded after the couple reunited, got engaged, and then broke it off again, is Prettyman's definitive breakup record. Produced by Greg Wells, Cedar + Gold continues the more instrumentally fleshed-out electric and electronic sound that the largely acoustic-oriented Prettyman explored on Hello...x. This newfound musical maturity also extends into her songwriting, as Cedar + Gold features some of the most introspective, self-examinational, and emotionally raw songs of her career. In that sense, such tracks as the passionate "Second Chance" and the rambling country-blues-inflected "My Oh My," with their anthemic, soulful melodies and dancey percussion, bring to mind such similarly inclined contemporaries as Colbie Caillat, Mat Kearney, and even the operatic uplift of Florence + the Machine. As Prettyman and Mraz's relationship was a public one, with the couple often performing together on tour, it's fairly clear what such songs as "Second Chance," "Quit You," and, most obviously, "I Was Gonna Marry You," are about. But rather than coming off as mere diary entries set to music, Prettyman displays a true craftsman's touch. The cuts on Cedar + Gold are both personal and universally relatable, with melodies that stick in your head and tug at your heart." (Matt Collar, AMG)
"They say write about what you know. Perhaps the corollary to that weary maxim is this—sing about what you’ve been through. On Cedar + Gold, Pretty- man takes her shattered engagement to fellow singer Jason Mraz and uses it as grist for the emotional payback mill. One can’t deny the power inherent in the California surfer girl’s plainspoken, confessional lyrics, the brutally honest tales showcasing her affable personality with every breath. The album’s overall pop sheen maintains a fragile subtle- ty that most won’t appreciate, but those who find resonance in the ex-model’s tale of woe and redemption will uncover a subtle majesty that only materializes after seriously meditative, introspective listens." (Andy Kaufmann, musicconnection.com)
Tristan Prettyman, vocals 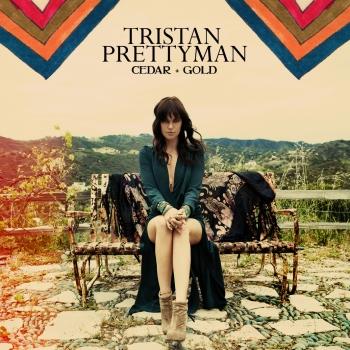 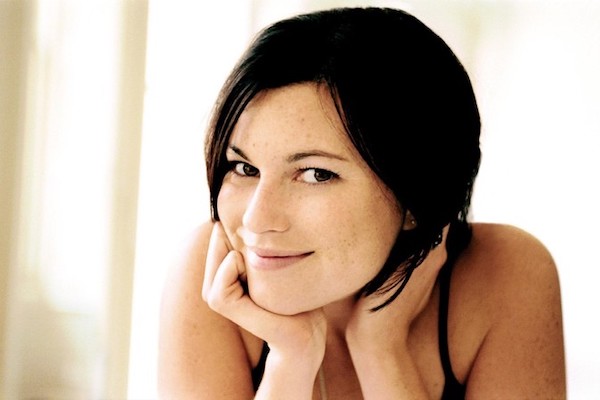 Tristan Prettyman
With her first three recordings, 2003’s The Love EP, 2005’s breezy twentythree and 2008’s Hello, Tristan Prettyman parlayed her smoky alto voice and laid-back surfer-girl-from-San-Diego charm into an eight-year career studded with highlights that included Hello’s No. 2 position on the iTunes Digital Albums chart and headlining tours across the U.S., Europe, and Japan.
But instead of capitalizing on the attention and immediately making plans to record a third album after wrapping two years of touring in support of Hello, Prettyman took an extended break during which she traveled the globe, had surgery to remove polyps on her vocal cords, got engaged to her long-term boyfriend, dealt with the pain of his ending the engagement, and eventually questioned whether she even wanted to be a musician at all.
“I was really burnt out and uninspired, so I decided to take some time off,” Prettyman says. “I went to Bali, Australia, and Europe and kind of went crazy. Life went from all these obligations to eating good food, meeting amazing people, and flowing with the wind. Then when I got back and tried to sing again, we found the polyps, so I had surgery and had to recover. Through it all, I was one foot in and one foot out of whether I wanted to do music at all. I had periods of time where I was numb and immune to feeling. My walls were up really high and I was on my guard. Then this fairy-tale picture of what my life could have been was set on fire. That brought all my walls down; it was a relief to finally feel something again.”
Prettyman chronicles the experience on her new album, the raw, emotionally charged Cedar + Gold, which finds her sifting through the wreckage of her relationship and emerging stronger on the other side. “I started writing songs from a place that was so deep and honest, where I didn’t hold anything back,” she says. “It felt so good. I was like, ‘This is what music is about — being able to release what is trapped inside of you.’ Whenever anything ached or caused me pain, I’d tell myself, ‘Save it for the record.’”
With an artistry that lies in her finely etched lyrical details and intimate vocal performances, Prettyman spares no one, including herself, on songs like “Say Anything,” “I Was Gonna Marry You,” “Come Clean,” “Glass Jar,” and “Never Say Never,” which ends a heartbreaking spoken-word outro: “You can’t start a fire in the pouring rain.”
Prettyman wrote several of the songs with Dave Hodges, whom she first met the morning after a particularly emotional night. “I go meet Dave and I’m late and I’m crying,” she says. “I’m just a ball of snot, like, ‘Hi, I’m Tristan and I’m a mess.’” That session yielded the completion of the album’s opening track “Say Anything” — an open-hearted tune about finding freedom in letting go. The second session resulted in the no-holds-barred “I Was Gonna Marry You.” “It was like, ‘Wow, I’m getting really transparent here and being really specific,’” Prettyman recalls. “But once I walked through the door of honesty there was no telling where I was going. I’d never spoken out before about the way it really was, but I found myself saying ‘Screw it, I’m going to tell the whole story.’”
As intense as some of the songs may be, the mood is tempered not only by playful, lighthearted tunes like first single “My Oh My” (“about someone still having their hand on you and you playing that game with them because it’s fun, even though you know it’s not good for you and it’s going to backfire”), “The Rebound,” “Quit You,” and the sexy, smoldering “Bad Drug,” but also by the album’s warm, earthy sound, which Prettyman created with her producer Greg Wells (Adele, Katy Perry), who plays piano, bass, drums, and some guitar on the album. “Greg told me he was not going to hold my hand through this; I had to convince him I wanted it,” she says. “He forced me to step into really being a musician and owning what I do. Once I did that, I got super creative and the songs started coming from a different place. It was a very intuitive process.”
When mixing on Cedar + Gold wrapped, Prettyman went back to her hotel room and burst into tears. “I couldn’t believe it was done,” she says. “I got everything out. It no longer lived in me. It felt like a weight had been lifted off my shoulders. I finally felt free.”
Cedar + Gold (whose title refers to both the cedar walls and ceilings in the home where she recovered from her heartbreak and the gold she spun from her situation in the songs) is an album that manages to be both deeply personal, but highly relatable to anyone who’s had the ground collapse under them and fought their way back to healing. “It’s actually a very hopeful album in a lot of ways, which I think is a common theme in all my records,” she says. “The idea that ‘things may be a bit crappy right now, but let’s make the most of it’ is very reflective of me as a person and my outlook on life. I always try to look at the bigger picture of why something is happening. And I love that I was able to go so deep and dig around in places I never thought I could access and still remain hopeful at the end of the day.”