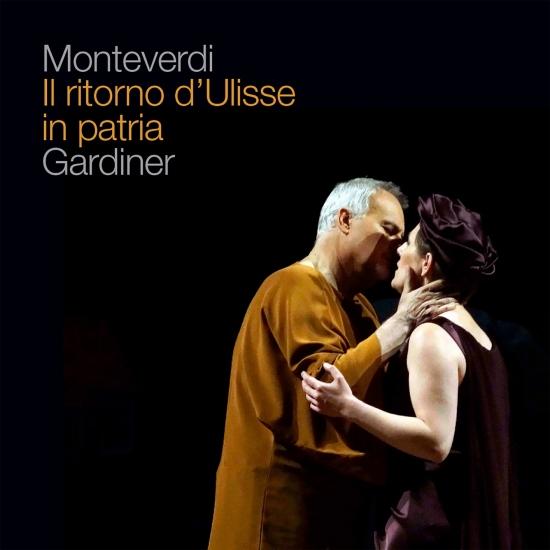 Monteverdi’s great opera is a celebration of unwavering devotion, conveyed in some of the composer’s most poignant, heart-breaking music. After two brutal decades of war, the weary Ulysses is washed up on the rocky shore of his home island of Ithaca. There, he discovers the hordes of depraved admirers who have beseiged his faithful wife Penelope in his 20-year absence – and launches into battle to win back her love. Monteverdi’s opera is a celebration of unwavering devotion, conveyed in some of the composer’s most poignant, heartbreaking music. John Eliot Gardiner leads an exemplary cast of world-class singers alongside the Monteverdi Choir and English Baroque Soloists in this live recording from The National Forum of Music in Wroclaw, Poland – part of their critically acclaimed Monteverdi 450 tour in 2017,
"Fifty years ago, Monteverdi epitomized for me all that was most exotic and alluring about Italian music of the early 17th century. His music spoke to audiences so directly: It demanded their attention through its glorious palette of colors and the passionate utterance in which it was couched, whether composed for the church, the chamber, or the theater. I became hooked, much in the same way that many people (myself included) are drawn to the works of his contemporaries: Shakespeare or John Donne, Rubens or Caravaggio—all humanists in the fullest sense of the term. These great creative artists were of a generation that lived through those turbulent, seminal years either side of 1600, a quasi-millennial moment of apocalyptic end-of-times apprehension. It was a theme that surfaces most obviously in Shakespeare’s late plays. Nor was it just the scientists and philosophers who contributed to the ferment of ideas that turned the intellectual life of Europe upside down.
Now, four centuries later, we have an opportunity to bring about a significant breakthrough in public awareness of Monteverdi’s part in this revolution. As good a place to start as any would be by celebrating and recalibrating that astonishing fusion of rich musical beauty with theatrical verisimilitude that is the hallmark of his operas. A fitting 450th- birthday present to Monteverdi, I believe, would then be to put the excitement, and per- haps also the trepidation, back into his music." (John Eliot Gardiner)
Monteverdi Choir
English Baroque Soloists
Sir John Eliot Gardiner, conductor 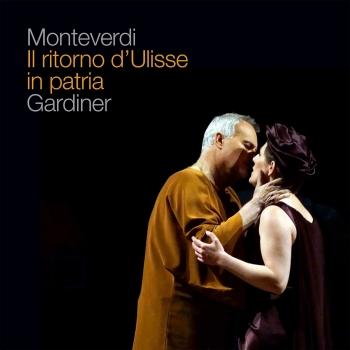 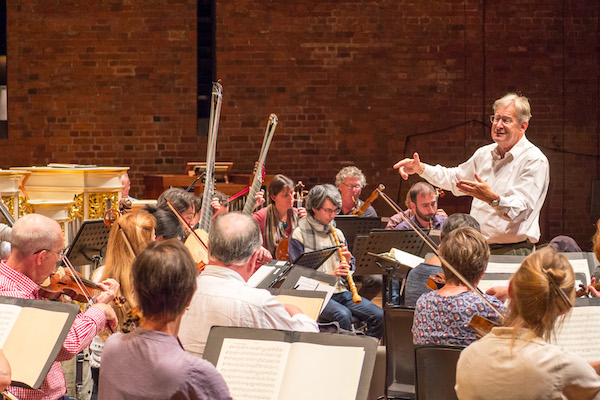 Monteverdi Choir
Founded by Sir John Eliot Gardiner as part of the break-away period instrument movement of the 1960s, the Monteverdi Choir have always focused on bringing a new perspective to their repertoire. Their real difference as an ensemble lies in their ability to communicate music to their audiences worldwide, as they go beyond the music, seeking to create immediacy and drama in everything they do. This approach has led to the Monteverdi Choir being consistently acclaimed as one of the best choirs in the world over the past 50 years.
The Monteverdi Choir has over 150 recordings to its name and has won numerous prizes, setting themselves apart from other ensembles through the scope of their projects, pursuing a theme over several months, rather than weeks. Among a number of such trail-blazing tours was the Bach Cantata Pilgrimage, during which the Choir performed all 198 of J. S. Bach’s sacred cantatas in more than 60 churches throughout Europe and America. The project was recorded by Soli Deo Gloria, the company’s own record label, and hailed as “one of the most ambitious musical projects of all time” by Gramophone magazine.
The Choir regularly performs works across a wide ranging repertoire: noted for its ability to switch composer and idiom with complete stylistic conviction. Last year, the Choir took part in a variety of projects– from Bach’s Mass in B Minor tour and recording with the English Baroque Soloists, to a tour of the U.S.A. with Monteverdi’s Vespers and L’Orfeo. In 2015, the Monteverdi Choir also performed Mozart’s Requiem in D minor in both the Aldeburgh Festival and the annual Anima Mundi in Pisa: International Church Music Festival. It also collaborated with the Tonhalle Orchestra on Janáček’s Glagolitic Mass under the direction of Sir John Eliot Gardiner.
The Choir has also participated in several staged opera productions, including most recently Gluck’s Orphée et Eurydice at the Royal Opera House, Covent Garden, in September 2015; working in collaboration with the Hofesh Schechter dance company. Other opera productions include Le Freyschütz (2010) and Carmen (2009) at the Opéra Comique in Paris, and in 2003 the Choir performed Les Troyens at the Théâtre du Châtelet.
Sir John Eliot Gardiner
Founder and artistic director of the Monteverdi Choir, the English Baroque Soloists and the Orchestre Révolutionnaire et Romantique, Sir John Eliot Gardiner is one of the most versatile conductors of our time.
He appears regularly with leading symphony orchestras such as the LSO, Leipzig Gewandhaus, Royal Concertgebouw, Bayerischer Rundfunk and at the Royal Opera House, Covent Garden. Formerly artistic director of the Opéra de Lyon (1983-88) and chef fondateur of its orchestra, the centre of his opera projects in France moved at first to the Théâtre du Châtelet in Paris with Gluck’s Orphée and Alceste, Weber’s Oberon, Verdi’s Falstaff and most notably with Berlioz’s Les Troyens in 2003, and then to the Opéra Comique where he conducted new productions of Carmen, Pelléas et Mélisande, Chabrier’s L’Etoile, and the Weber-Berlioz Le Freyschütz with the Monteverdi Choir and Orchestre Révolutionnaire et Romantique.
Acknowledged as a key figure in the early music revival of the past five decades, he has led his own ensembles in a number of ambitious large-scale tours, including a year-long Bach Cantata Pilgrimage to celebrate the 250th year of the composer’s death in the millennium year. Two of Gardiner’s ensembles celebrated momentous anniversaries in 2014: with the Monteverdi Choir he returned to King’s College, Cambridge to perform Monteverdi’s Vespers of 1610, exactly fifty years to the day after their inaugural concert in the famous chapel.
The 25th anniversary of the Orchestre Révolutionnaire et Romantique was marked by the filming of a BBC TV documentary on Beethoven and their first visit to Latin America, and culminated in a celebratory European tour. The two ensembles came together in August for a BBC Prom performance of Beethoven’s Missa Solemnis, widely acclaimed and hailed by one critic as ‘the concert of the year’.
The extent of Gardiner’s repertoire is illustrated by over 250 recordings for major record companies and by numerous international awards including the Gramophone’s Special Achievement Award for live recordings of the complete church cantatas of JS Bach by Soli Deo Gloria.
In recognition of his work, Sir John Eliot Gardiner has received several international prizes, and honorary doctorates from the University of Cambridge, the University of Lyon, the New England Conservatory of Music, the University of Pavia and the University of St Andrews. He is an Honorary Member of the Royal Academy of Music, an Honorary Fellow of King’s College, London, of the British Academy and of King’s College, Cambridge. In 2008 he received the prestigious Royal Academy of Music Bach Prize. Gardiner was made Chevalier de la Légion d’honneur in 2011 and was given the Order of Merit of the Federal Republic of Germany in 2005. In the UK, he was made a Commander of the British Empire in 1990 and awarded a knighthood for his services to music in the 1998 Queen’s Birthday Honours List.
In 2013, following the publication of his long-awaited book on Bach, Music in the Castle of Heaven (Penguin), he won the Critics’ Circle’s Outstanding Musician award. In 2014 Gardiner became the first ever President of the Bach Archive in Leipzig. He became the inaugural Christoph Wolff Distinguished Visiting Scholar at Harvard University in 2014/15 and has recently been awarded the Amsterdam Concertgebouw Prize.