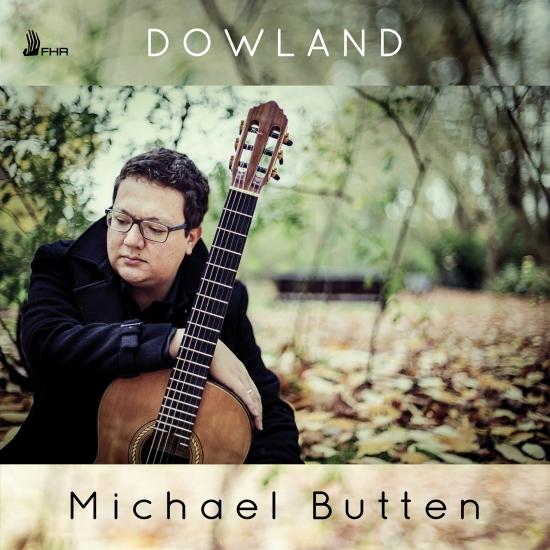 Classical guitarist Michael Butten presents an album devoted to John Dowland, brilliantly recorded by the classical guitar expert recording engineer John Taylor.
John Dowland (1563-1626) is recognized as the greatest English composer of lute music and songs. His career as a leading musician of his age was intricate and at times the precise details of his activities become obscure. Butten presents a collection of Dowland’s most popular and beautiful songs arranged for the classical guitar. A whole disc of Dowland performed on classical guitar is rare, usually heard on the lute, so FHR are pleased to be able to present this album. In this recording, Butten plays with a very beautiful sound, incredible colours, lovely melodic phrasing and immaculate control of tone, which draws you right in. This is a spellbinding album, wonderfully recorded. The British guitarist Michael Butten studied at the Junior Royal Academy of Music, London. In his first year he won the Julian Bream Prize, adjudicated by Julian Bream, and, when leaving the Academy he was awarded the David Russell Prize. On completing his BMus degree with 1st class honours, he received the Regency Awards for Notable Achievement and in 2014, as a postgraduate with a scholarship from Help Musicians UK, he became the first guitarist ever to win the RAM Club Prize. He was the 1st prize winner at the 2016 Ivor Mairants Guitar Award, and is a Yeoman of the Worshipful Company of Musicians. Recent successes include 1st prize at the Pleven Guitar Competition 2018 and at Leicester Musicfest 2018, as well as his BBC Radio 3 debut solo recital at St Magnus International Festival in Orkney.
Michael Butten, classical guitar 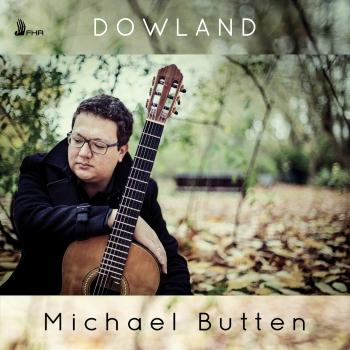 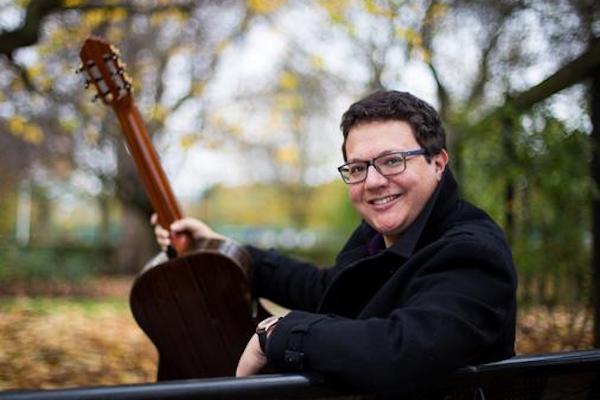 Michael Butten
Born in Berkshire, Michael Butten studied at Junior Academy, where he twice won the Lower Strings Prize, before being awarded a scholarship at the Academy to continue his studies with Michael Lewin. In his first year he won the Julian Bream Prize, adjudicated by Julian Bream, and, shortly afterwards, gained the Nervi/Bodrato Prize as the youngest semi-finalist at the Michele Pittaluga Guitar Competition in Alessandria. On completing his BMus degree with first class honours, he received from the Academy one of the Regency Awards for Notable Achievement and in June 2014, as a postgraduate with a scholarship from Help Musicians UK, he became the first guitarist ever to win the R.A.M. Club Prize. He was the 1st prize winner at the 2016 Ivor Mairants Guitar Award, and is a Yeoman of the Worshipful Company of Musicians. Upon leaving the Academy in 2016 he also won the David Russell Prize.
Notable among his solo engagements have been concerto performances at the Malcolm Arnold Festival in Northampton, the Concierto de Aranjuez by Rodrigo with the Berkshire Youth Orchestra and the Windsor and Maidenhead Symphony Orchestra, concerts with the Berkeley Ensemble at The Forge and in the City of London to celebrate the music of Malcolm Arnold, and recitals and festivals in Germany, Italy, Holland, and Belgium. He also recorded the Malcolm Arnold Serenade with the Chamber Ensemble of London for their CD 'A British Serenade'. After performing at Kings Place for the London International Guitar Festival, he was selected to tour the UK on the IGF’s Young Artist Platform.
He has participated in masterclasses with such distinguished artists as Leo Brouwer, Roland Dyens, Julian Byzantine, Edoardo Catemario, Antigoni Goni, Craig Ogden, David Russell and Fabio Zanon.
Having been, for several years, leader of the National Youth Guitar Ensemble, Michael has remained highly active in chamber music, regularly collaborating with Academy guitarists, singers, wind players and string quartets; his musical interests have extended from performing with the Manson Ensemble in Maxwell Davies’s The Lighthouse to learning the theorbo for a Royal Academy Opera production of Il Giasone by Cavalli under the direction of Jane Glover. With the tenor Oliver Johnston he has appeared in masterclasses with the late Robert Tear and in 2014 was invited to present, with the tenor Julian Gregory, a programme for the Lennox Berkeley Society; this was soon followed by his participation at the Academy in a special concert of all Berkeley’s music involving the guitar, which drew warm critical acclaim in the Daily Telegraph. He has also performed with Glyndebourne Touring Opera, at Endellion Music Festival with tenor Mark Padmore, and as part of Tetra Guitar Quartet at the Iserlohn Guitar Festival in their last ever concert.
Of particular interest to Michael is the often neglected guitar music of British composers, British renaissance lute repertoire and the link often found between the music of both eras. He is currently preparing a solo recording devoted to the music of John Dowland.​