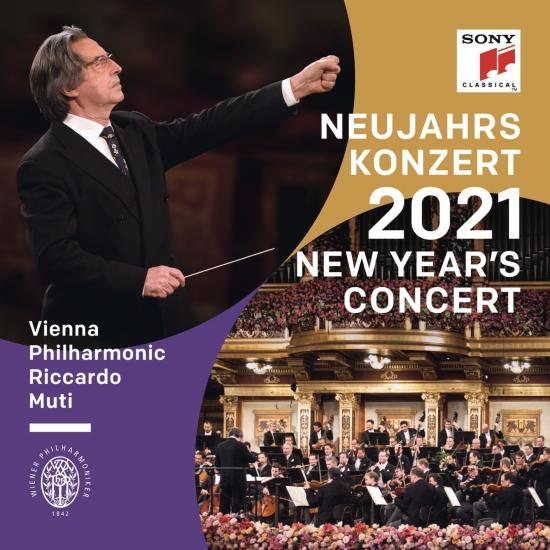 The prestigious concert will be conducted by Riccardo Muti for the 6th time (1993, 1997, 2000, 2004 and 2018) He has conducted the Vienna Philharmonic since 1971 in over 500 concerts in Vienna, Salzburg and around the world. With his sixth concert, he will be the most frequent conductor of this event since the legendary era of Lorin Maazel.
The Vienna Philharmonic’s annual event, a longstanding tradition that dates to the late 1930s, ushers in each New Year with joy and optimism. Known for masterful interpretations of Vienna’s signature waltzes, marches and polkas, the concerts draw sold-out crowds and attract a broadcast audience as large as 50 million across more than 90 countries.
The annual gala celebration has been led by the world’s most acclaimed maestros, including Clemens Krauss, Willi Boskovsky, Lorin Maazel, Herbert von Karajan, Claudio Abbado, Nikolaus Harnoncourt, Seiji Ozawa, Mariss Jansons, Georges Prêtre, Daniel Barenboim, Franz Welser-Möst and Andris Nelsons (on the podium for this year’s event). Muti, now Zell Music Director of the Chicago Symphony Orchestra, has conducted the gala concert five times previously, in 1993, 1997, 2000, 2004 and most recently, 2018. Through 1986, only three conductors, Krauss, Boskovsky and Maazel, led the New Year’s concerts. In 1986, the Vienna Philharmonic musicians decided to rotate the post. With his sixth turn on podium, Muti will become “the busiest New Year’s Concert conductor since the legendary Lorin Maazel era,” wrote the Wiener Zeitung.
Since his 1971 debut at the Salzburg Festival with Donizetti’s Don Pasquale, Muti has maintained close ties with the Vienna Philharmonic, which he has conducted more than 500 times over his career, and Austria has become an important artistic homeland for the Italian-born maestro. “The relationship with the Vienna Philharmonic has always been a constant in my life,” Muti has said. “Vienna has always been my second home.”
In a 2018 interview with critic Dennis Polkow for WDCB-FM, Muti discussed the importance of the New Year’s Concert. “When you do the Viennese waltz, you must feel that it is a combination of life and death,” he said. “We must not forget that this music has a nostalgia, a melancholy, that comes from the period, that we are near the end of an empire. Not only do you feel this in the music of Bruckner, but the music of Mahler, and before that, in the music of the Strauss family: that something is about to disappear. And so it’s a combination of life and death, of smiles and tears together. That is the most difficult part of this kind of waltz.”
He continued: “Maybe this is one of the reasons on the first of January, this music enters into the homes of every county in the world and fits perfectly with the atmosphere of the New Year because there is a hope for the future that is coming, and yet a nostalgia for the past that is gone.”
Wiener Philharmoniker
Riccardo Muti, conductor 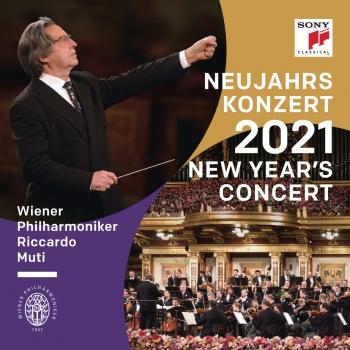 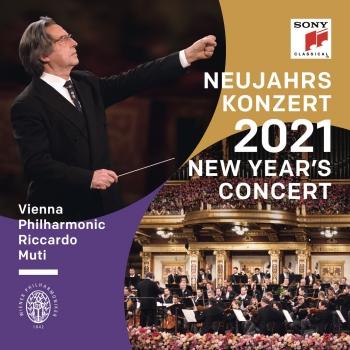 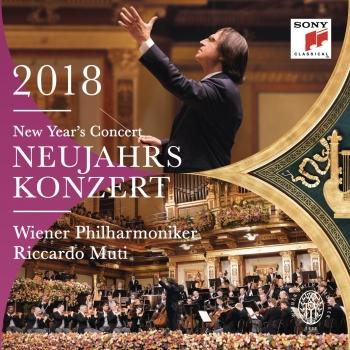 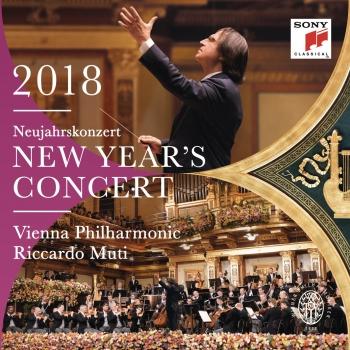 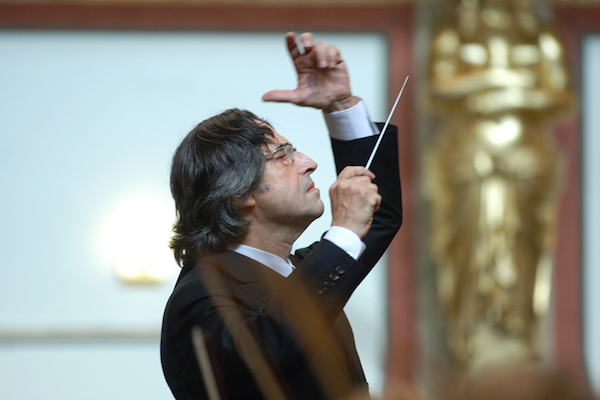