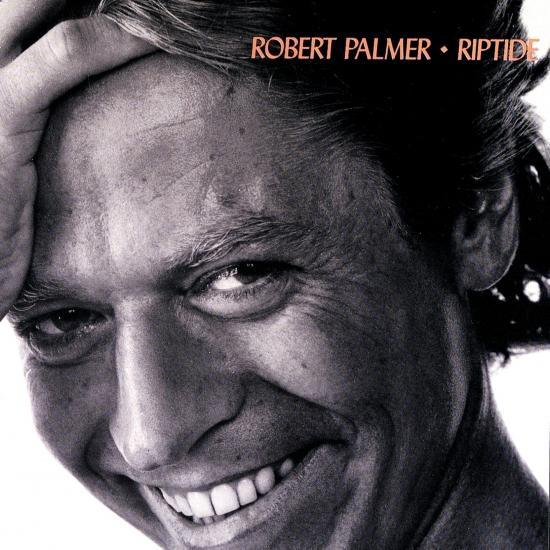 Robert Palmer’s eighth solo studio album, Riptide, sounds like the first album by Power Station, the supergroup he founded with members of Chic and Duran Duran. Riptide charted well worldwide, helped by “Addicted To Love” which reached #1 in the US.
For the album, Palmer collaborated with two former members from the Power Station, guitarist Andy Taylor and drummer Tony Thompson. The Power Station's producer Bernard Edwards also played bass and produced the album. The album also features contributions from Chaka Khan and notable session musicians such as Guy Pratt, Wally Badarou, Jeff Bova, Eddie Martinez, and Jack Waldman (who died a year after the album's release).
"Coming on the heels of the massive success of the Power Station, Riptide packages Robert Palmer's voice and suave personality into a commercial series of mostly rocking songs that seem custom-tailored to be chart hits. The Power Station connection threatens to overpower Palmer's usually more eclectic musical interest, but with that band's producer/member Bernard Edwards handling production duties and members Andy Taylor and Tony Thompson contributing as well, stylistic similarities were inevitable. "Flesh Wound," though, sounds like a retread of "Some Like It Hot," with its squelching staccato guitars and tribal drums mimicking the hit single. "Hyperactive" adds a bit of a pop veneer to the formula, with its bright keyboards dating the song to the Miami Vice era; that's not to say it doesn't hold nostalgic charm. "Addicted to Love" shares some of the same punch, somewhat slowing down the Power Station's bombast into slinkier, blues territory, while maintaining a heavy rock crunch. The song skyrocketed to the top of the U.S. charts and sold more than a million copies as a single worldwide. A music video for the song, featuring sexy models gyrating blankly, no doubt helped sales and launched a new phase of Palmer's career, where music videos would nearly overshadow his songwriting. Equally catchy and almost as successful is the brilliant take on the Jimmy Jam/Terry Lewis song "I Didn't Mean to Turn You On." It is perhaps Riptide's most daring track, with its fractured jittery notes, funky basslines, and pounding drums matching Palmer's bothered, sweaty vocals to create a yearning song that drips with passion. Also not to be missed is Earl King's "Trick Bag," which Palmer translates into a fun Clues-style minimalist modern blues song. Even if Riptide uses the Power Station as a blueprint, its only true faults reside in the cheesy album-opening and album-closing refrains of "Riptide," which seemingly satisfy Palmer's tropical proclivities. They might be relaxing and humorous as elevator music, but they are sharply at odds with the tone of the album and Palmer's usually impeccable musical taste. Cheesy opening and ending aside, Riptide has some truly addictive moments and it set him firmly on course, for better or worse, for the even harder-rocking Heavy Nova." (Tim DiGravina, AMG)
Robert Palmer, lead and backing vocals
Wally Badarou, keyboards
Jeff Bova, keyboards
Jack Waldman, keyboards
Eddie Martinez, guitars
Andy Taylor, guitar (track 3)
Bernard Edwards, bass (tracks 1-7, 9)
Guy Pratt, bass (track 8)
Tony Thompson, drums (tracks 1-4, 6, 7, 9)
Dony Wynn, drums (tracks 5, 8)
Lenny Pickett, saxophone
Benny Diggs, backing vocals (tracks 3, 8)
Fonzi Thornton, backing vocals (tracks 3, 8)
Chaka Khan, vocal arrangements (track 3)
Recorded July–September, 1985 at Compass Point Studios, Nassau, Bahamas
Produced by Bernard Edwards
Digitally remastered 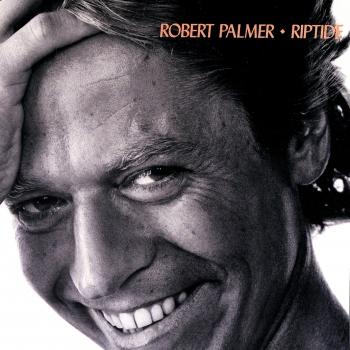 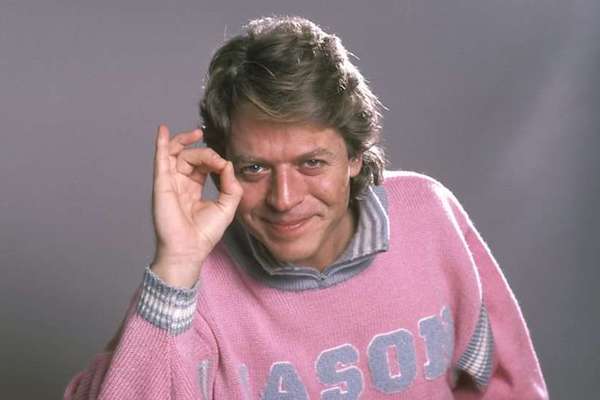 Robert Palmer
The career of blue-eyed soul singer Robert Palmer was a study in style versus substance. While the performer's earliest work won praise for its skillful assimilation of rock, R&B, and reggae sounds, his records typically sold poorly, and he achieved his greatest notoriety as an impeccably dressed lounge lizard. By the mid-'80s, however, Palmer became a star, although his popularity owed less to the strength of his material than to his infamous music videos: taking their cue from the singer's suave presence, Palmer's clips established him as a dapper, suit-and-tie lady's man who performed his songs backed by a band comprised of leggy models, much to the delight of viewers who made him one of MTV's biggest success stories.
Rock 'n' Roll GypsiesBorn Alan Palmer on January 19, 1949, in Batley, England, he spent much of his childhood living on the island of Malta before permanently returning to Britain at the age of 19 to sing with the Alan Bown Set. A year later he joined Dada, a 12-piece, Stax-influenced soul group which soon changed its name to Vinegar Joe; after three LPs with the band -- a self-titled effort and Rock'n'Roll Gypsies, both issued in 1972, and 1973's Six Star General -- Palmer exited to mount a solo career, and debuted in 1974 with Sneakin' Sally Through the Alley, recorded with members of Little Feat and the Meters.
Pressure DropWith 1975's Pressure Drop, he tackled reggae, a trend furthered following a move to Nassau prior to 1978's Double Fun, which featured Palmer's first hit, "Every Kinda People." With 1979's self-produced Secrets, his music moved into more rock-oriented territory, as typified by the single "Bad Case of Loving You (Doctor, Doctor)." Palmer's stylistic experimentation continued with 1980's Clues, a foray into synth-pop aided by Gary Numan and Talking Heads' Chris Frantz which yielded the club hit "Looking for Clues."
PrideAfter 1983's Pride, Palmer teamed with the Duran Duran side project Power Station, scoring hits with the singles "Some Like It Hot" and "Get It On" (a T. Rex cover), which returned the singer to overt rock territory.
RiptideAfter exiting the band prior to a planned tour, Palmer recorded the 1985 solo album Riptide, a sleek collection of guitar rock which scored a number one hit with "Addicted to Love," the first in a string of videos which offered him in front of a bevy of beautiful women.
Heavy NovaThe follow-up, "I Didn't Mean to Turn You On," continued to play with the sex symbol image and hit number two, as did "Simply Irresistible," the first single from 1988's Heavy Nova. By 1990's Don't Explain, Palmer returned to the eclecticism of his earliest material; without any attendant soft-core videos, sales plummeted, but he stuck to his guns for 1992's Ridin' High, a collection of Tin Pan Alley and cabaret chestnuts. Two years later, Palmer's wide array of worldbeat influences cropped up again on Honey, which also featured guitar work from Extreme axeman Nino Bettencourt. Woke Up Laughing followed in 1998, it was an adventurous, if somewhat odd, collection of non-hit album tracks remixed and in some cases re-recorded.Rhythm & Blues, a slick set of adult contemporary pop, came out in 1999 to lukewarm sales and reviews. After a live album in 2001, Palmer bounced back with the future blues of 2003's Drive. However, Palmer had little time to enjoy it's release. On September 26, 2003 he died suddenly after suffering a heart attack. He was 54. (Jason Ankeny, AMG)