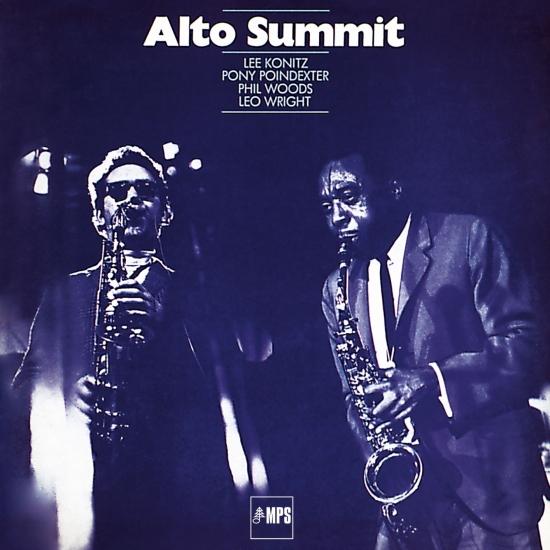 Alto Summit features four post Charlie Parker saxophone greats. Lee Konitz has been a major force in bop, cool jazz, and the Avant-garde. Pony Poindexter’s play has a more bluesy feel; he recorded with everyone from Parker to Lambert Hendricks and Ross. Named top alto saxophonist in some 30 Downbeat polls Phil Woods, was best known for his own bands, whose recordings won four Grammys, while Leo Wright is known for his work with Dizzy Gillespie, and the likes of Nat Adderley and Kenny Drew. The four are backed by an ace rhythm section including pianist Steve Kuhn, of John Coltrane fame. On the bluesy Native Land, Wright shouts out the theme. Solo order is Lee, Phil, Pony, and then Lee. There’s lots of soul on the medley of classic ballads, as Leo takes on the first piece, then Pony, Phil, and last, Lee; it ends in a stunning group improv. With its modernist theme, Prompt is a showstopper, with Leo, Pony, Lee, and then Phil upstaging each other. The Perils of Poda strikes out with a piano solo before Phil, Lee, Pony, and then Leo take over. Pony’s funky Good Booty features Pony and Phil, while Lee-o’s Blues has Leo and Lee taking a leisurely walk on the soulful side. Lee’s Tribute to Bach and Bird combines a Bach chorale cantata with a Charlie Parker solo and features both duo and collective alto play. Four alto masters combine their distinctive styles in a jazz tour de force.
„This unusual album teams together the altos of Lee Konitz, Pony Poindexter, Phil Woods and Leo Wright (along with pianist Steve Kuhn, bassist Palle Danielsson and drummer Jon Christensen) on a variety of challenging material. There are four pieces for the full septet (including one that pays tribute to both Bach and Bird), a pair of quintet performances and a ballad medley that ends in a complete fiasco (it has to be heard to be believed). Despite the latter, everyone fares well on this summit meeting.“ (Scott Yanow, AMG)
Lee Konitz, alto saxophone
Leo Wright, alto saxophone
Phil Woods, alto saxophone
Pony Poindexter, alto saxophone
Steve Kuhn, piano
Palle Danielsson, bass
Jon Christensen, drums
Engineered by Rolf Donner
Produced by Joachim E. Berendt
Digitally remastered 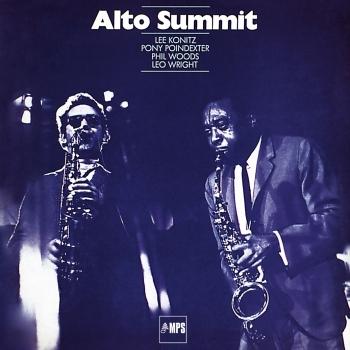