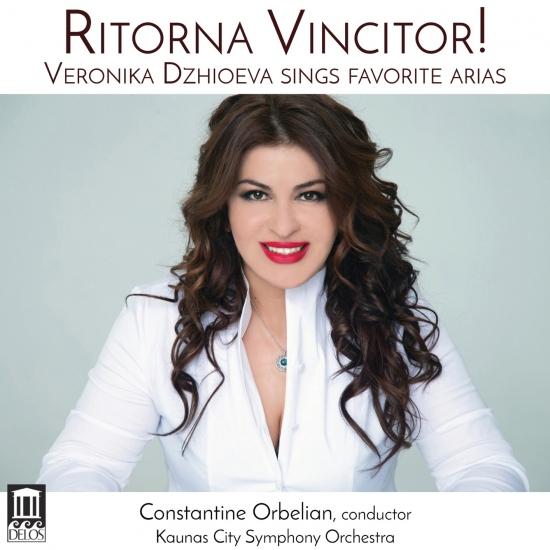 Since graduating from the St. Petersburg Conservatory in 2005, soprano Veronika Dzhioeva has become one of Russia’s leading singers, and is in great demand throughout Europe and abroad, regularly appearing at prestigious houses and working with leading orchestras and conductors. A remarkably versatile singer, she has won considerable acclaim for her mastery of parts ranging from Mozart to the weightiest of spinto and dramatic soprano roles.
Prepare for endless delight and intense emotional stimulation as you listen to this marvelous collection of favorite Italian arias, with wonderful support from the Grammy-nominated team of Constantine Orbelian— “the singer’s dream collaborator” (Opera News)— and his superb Kaunas City Symphony Orchestra.
“What a gorgeous voice — like a Rolls-Royce — she must sing in the best theaters in the world!” (Dmitri Hvorostovsky)
Veronika Dzhioeva, soprano
Kaunas City Symphony Orchestra
Constantine Orbelian, conductor 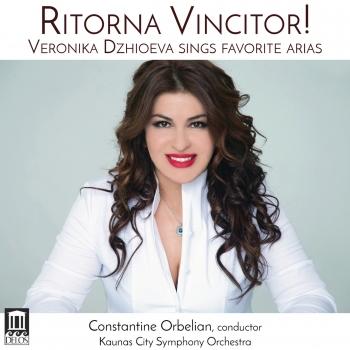 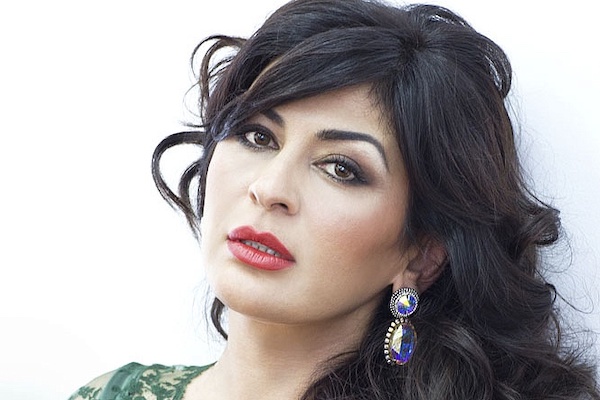 Veronika Dzhioeva
The young Ossetian Soprano Veronika Dzhioeva began her career in 2004 as Mimi in La Boheme, one year prior to her graduation from the St Petersburg Conservatory where she studied with the renown teacher Tamara Novichenko. Winner of numerous international competitions, she has gained critical acclaim and recognition especially after her debut as Fiordiligi in Cosi fan tutte under the baton of Teodor Currentzis in Moscow for which she was awarded the title “Debut of the Year 2006”. One debut followed another and Dzhioeva became a welcome guest in the “Golden Triangle” of Russian Opera Stages (Bolshoi, Mariinsky and Novosibirsk Theatres). In 2007 she made a fulminant debut as Princess Urusova in Shchedrin’s Boyarina Morozova, soon after she was invited to perform Zemfira in a new production of Aleko by Mariusz Treliński which was performed at the Mariinsky and Baden Baden conducted by Valery Gergiev.
Dzhioeva is known for excellent performances of Aida, Tosca, Maria Stuarda, Thaïs, the Countess (Le nozze di Figaro), Donna Elvira (Don Giovanni), Tatiana (Eugene Onegin), Micaëla (Carmen), Violetta (La Traviata), Fiordiligi (Così fan tutte), Elisabetta (Don Carlo), Amelia (Un ballo in maschera), Leonora (Il Trovatore), Mimì and Musetta (La Bohème), Liu and recently also Turandot (Turandot). Her repertoire also includes the roles of Zemfira (Rachmaninoff’s Aleko), Marfa (Rimsky-Korsakov’s The Tsar’s Bride), Lady Macbeth (Macbeth), Cio Cio San (Madama Butterfly) and Marta (The Passenger) and many others including also a wide range of Concert and Lieder repertoire.
Outside of Russia, Dzhioeva has performed Tatiana in Eugene Onegin in Munich and Lucerne with the Bayerische Rundfunk under the baton of Mariss Jansons, who repeatedly invited Dzhioeva for various projects, including Mahler’s Second Symphony performed in Amsterdam, as well as to Hamburg to perform Yaroslavna in Prince Igor. Dzhioeva also received great praise for her debut as Suor Angelica at the Teatro Real Madrid as well as for her outstanding debut in the title role of Maria Stuarda at Teatro Massimo di Palermo. Her US debut was at Houston Grand Opera in 2013 with Donna Elvira in Don Giovanni, a role she has already performed in 2010 at the Bolshoi Theatre in a new production by Dmitry Tcherniyakov.
Some upcoming engagements outside of Russia include Donna Elvira in Don Giovanni in Verona, Amelia in Un Ballo in Maschera in Prague, Aida and Turandot at Helsinki Opera as well as the highly anticipated debut as Aida at Opernhaus Zurich.