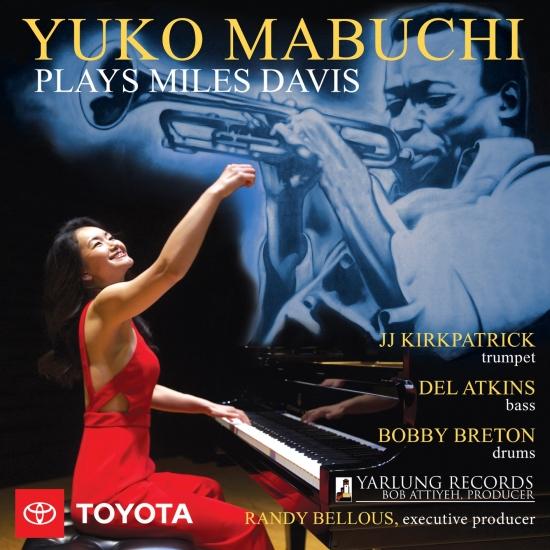 Yuko Mabuchi Trio thrills audiences with every concert. Her January performance opening for Branford Marsalis in the 1,800 seat Renée and Henry Segerstrom Concert Hall whet international jazz appetites. She next headlined the Arlington Jazz Festival in Texas, and Yuko Mabuchi Trio performed in Blues Alley in April as part of the Cherry Blossom Festival in Washington D. C. European and Asian stages beckon. Yuko’s debut recording on Yarlung, "Yuko Mabuchi Trio," was a top seller in the Yarlung catalog last year, in all formats. Yuko deserves this success. "The Absolute Sound" published a rave review of her Segerstrom concert. Elaborating further, Rick Brown writes in Yarlung News “Yuko Mabuchi combines sexy athleticism at the piano with serious musical poetry. The young fans in the house responded to both with great enthusiasm. So did audience members in their 70s and 80s. This was a fast up tempo set resulting in thunderous applause with audience members yelling and stamping their feet for the standing ovation at the end…. I recognized some audience members who had driven from San Francisco or flown in from Hong Kong and different parts of the country for the event…."
Yuko Mabuchi, piano
JJ Kirkpatrick, trumpet
Del Atkins, double bass
Bobby Breton, drums 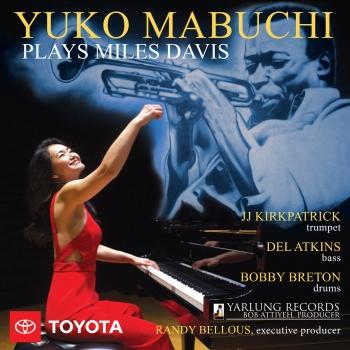 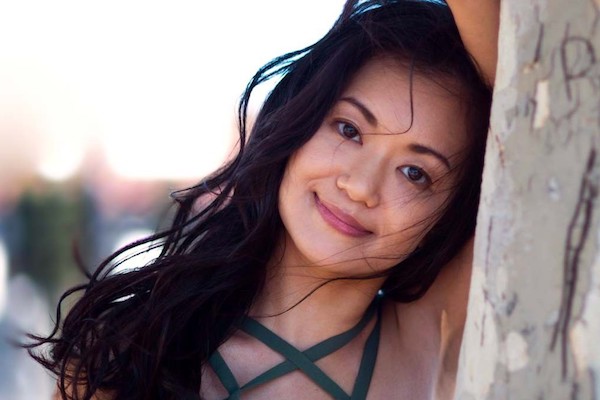 Yuko Mabuchi
“Since her arrival in Los Angeles, she has gained a loyal fan base and a reputation as a virtuoso pianist who also is extremely entertaining and exciting to watch. Her sparkling technique, combined with a natural gift for showmanship recalls the greats of yesterday like Dorothy Donegan and Hazel Scott, while retaining her own fresh, contemporary approach. She is a sensational and captivating pianist that consistently treats her audience to the highest quality of jazz performance.”
Mark Christian Miller, Corniche Entertainment
Yuko Mabuchi started playing classical piano at age 4, in her hometown of Fukui, Japan. As a teenager she was fascinated by American R&B, Hip-Hop and Blues. After hearing the music of some of the Jazz greats, she fell in love with Jazz and after high school began her study jazz piano. She was soon performing locally as a soloist, and as a member of a local jazz trio.
In 2010, Yuko arrived in Los Angeles to further her studies and had the opportunity to perform at some of LA’s top venues. Yuko has released three CDs: “Waves” (Vista Records, 2011) “My Life” (Vista Records, 2014) collections of original compositions.
Returning to Japan in 2013, she performed with her trio until returning to the US in 2016, and has continued to develop her very unique performance style. Yuko has performed at Segerstrom Center for the Arts, opening for Branford Marsalis, Blues Alley in Washington DC as a guest of the National Cherry Blossom Japanese Jazz series, the Arlington Jazz Festival (Texas) and Disney Hall (LA), as featured pianist with ICYOLA, to name a few.
Her project, “The Yuko Mabuchi Trio” (Yarlung Records, 2017) was recorded LIVE at USCs Cammilleri Hall, and topped the audiophile charts. Her fourth project, “Tribute To Miles,” (Yarlung Records, 2019) has also been released on CD and vinyl.