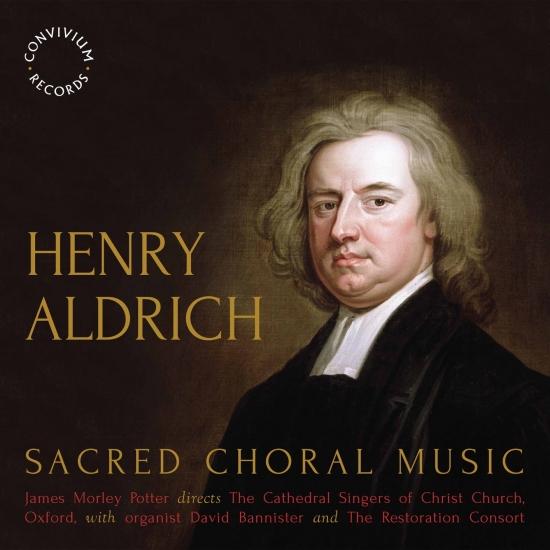 Priest, architect and composer Henry Aldrich was a key figure in the musical life of seventeenth- century Oxford. A recording of his choral music, with its wide range of influences from Byrd to Purcell, is presented here by one of the choirs of the college of which he was Dean: Christ Church, Oxford. “This striking survey of music by Henry Aldrich reveals him to be a significant figure in 17th-century English musical life, with a characterful compositional voice. The Cathedral Singers of Christ Church bring this neglected music back to life in great style, with energy and commitment.” - Dr Stephen Darlington MBE
Christ Church Singers, Oxford
James Morley Potter, conductor
David Bannister, organ
Lucinda Cox, vocals
Benjamin Durran, vocals
Laura Corner, vocals
Anne Marie Lo, vocals
Thomas Lowen, vocals
Susan Beardmore, vocals 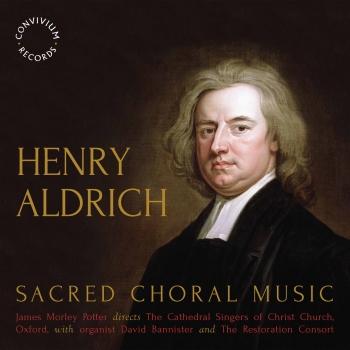 James Morley Potter
An experienced conductor of choral and orchestral repertoire, James’s regular positions include Director of Wokingham Choral Society, Music Director of Jubilate Chamber Choir, Director of the Cathedral Singers of Christ Church, Oxford, and Director of Music at St Mary’s Church, Battersea.
Highlights of the 2018/19 season have included performances of Dvorak Stabat mater, Mozart Requiem, and BernsteinChichester Psalms. An advocate of new music, he works regularly with Cantata Dramatica, including as the conductor of the recent world premiere performance of Nick Bicât Akathistos in St Stephen Walbrook, London, and as conductor of premiere recordings of music by Solfa Carlile.
A prize-winning recipient of the Choral Directing Diploma of the Royal College of Organists, he teaches conducting at Hertford College, Oxford, and has given workshops for the Oxford University Continuing Education Department and the Choral Institute at Oxford.
An enthusiastic musical communicator, he is frequently commissioned to write programme notes and essays for leading ensembles including The Tallis Scholars, The Eric Whitacre Singers, and others.
James read Music at The Queen’s College, University of Oxford, and subse- quently sang professionally for the Choirs of Magdalen College under Daniel Hyde and Christ Church Cathedral, Oxford, under Stephen Darlington, appearing on broadcasts and recordings including the Gramophone Award-nominated Eton Choirbook series.
David Bannister
is currently Organist to the Cathedral Singers of Christ Church, Oxford, where he plays for daily services, assists in the direction of the choir, and acts as mentor to the Organ Scholars. He is Choir Director at St John’s College, Oxford, and Master of the Music at Pusey House.
As an organist, he has performed and recorded with a range of groups, including The King’s Singers and Charivari Agréable.
David is also founding Director of the professional vocal ensemble, Vespri Segreti, who perform a wide range of predominantly early choral repertoire.
He continues his organ studies with Stephen Farr, Director of Music, St Paul’s Knightsbridge.
The Cathedral Singers of Christ Church
is one of the most active choirs of its type in the country. A mixed-voice, voluntary choir, its main role is to maintain Christ Church Cathedral’s daily pattern of sung worship at times when the main Cathedral Choir is away or on vacation. The choir comprises talented amateur musicians from the local area, from young professionals to professorial fellows. Its repertoire spans from Renaissance polyphony to new music.
In addition to its liturgical duties, the choir’s activities extend to concerts, tours, recordings, workshops, and visits to sing services at other UK cathedrals. The choir also has an educational role, sponsoring Sixth Form Choral Scholarships, and participating in Faculty of Music examinations for the University. In July 2018, the choir celebrated its 40th anniversary.