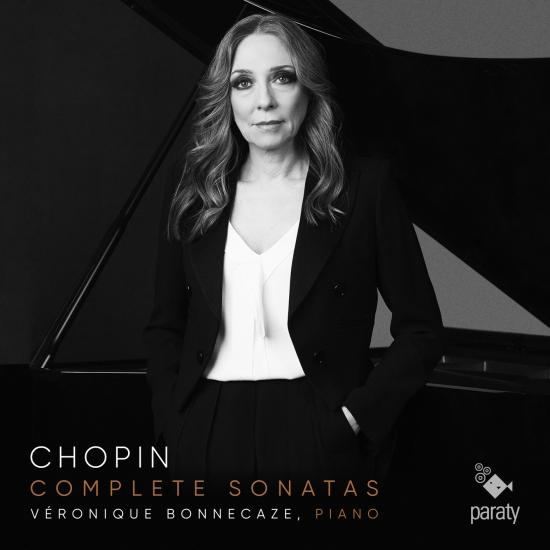 […] In the effervescence of a burgeoning career, the young musician is confronted with a first major grief. His sister Emilia dies on April 10, 1827, aged 14. As a consequence, this tragedy which was alas common as it was caused by the scourge of tuberculosis, causes Chopin’s personality to turn even more introvert. He takes refuge into music and in the study of his illustrious elders: Mozart, Haydn and Beethoven. He is not out to imitate their styles but he explores and analyzes the sources of their genius so as to harden the ground under the first steps of his own independence. And what is better than the great form, the prestige of a first sonata to distance himself from conventions? And so he composes it in 1828.
Véronique Bonnecaze, piano 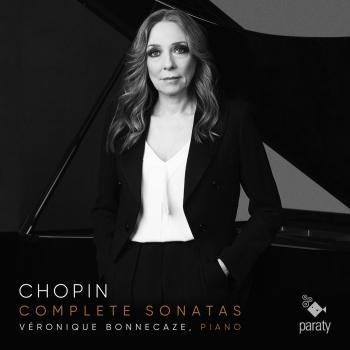 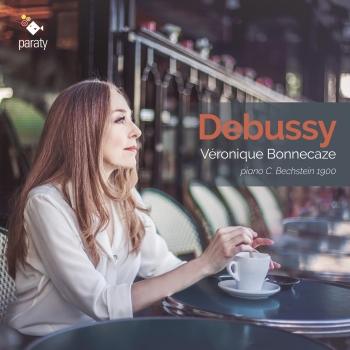 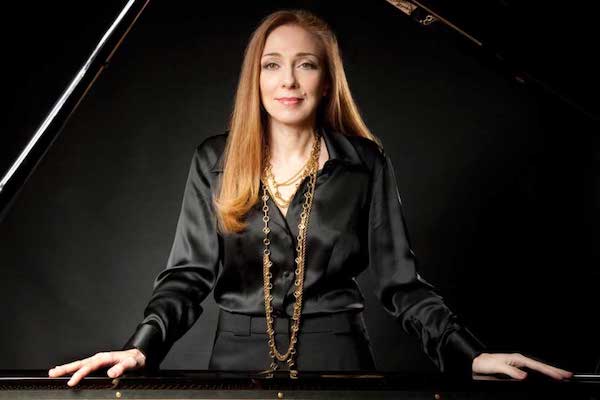 Véronique Bonnecaze
graduated from the Bordeaux Conservatoire aged 14 with the highest grades. She was then admitted to the Paris Conservatoire where she obtained a First Prize in piano and chamber music. She completed her training at the Julliard School of New York.
She won prizes or was a finalist in many international piano competitions among which Geneva, Mavi Marcoz, Chopin Palma de Majorca, Pescara, Jaen…
She gave frequent solo recitals and concerts with orchestra in France (Salle Gaveau, Salle Cortot, Théâtre de l’Athénee, etc…), in Austria (Salzburg Mozarteum), Germany, Switzerland (Geneva Victoria Hall), United States (Weill Hall, New York) and also in Belgium, Spain, Italy, Hungary, Sweden, Greece, Japan, Lebanon, etc…
In her core repertory, she has particular fondness for masterworks of Chopin, Schumann, Liszt, Scriabin, Rachmaninov, Debussy and Ravel.
Her recording of Chopin’s 24 Études was reviewed enthusiastically by music critics, in particular by the late Harold C. Schonberg of the New York Times. In 2010, for the bicentenary of Chopin’s birth, Véronique Bonnecaze recorded some of Chopin’s late works.
In 2012, her double CD of works by Liszt and Schumann obtained the “Maestro” distinction of the Magazine “Pianiste”.
In addition to her concert pianist schedule, Véronique Bonnecaze also teaches a piano class at the École Normale de Musique de Paris Alfred Cortot and gives masterclasses in France, Ireland, Japan (Tokyo, Toyama, PTNA) and Sardinia (Cagliari Summer Academy).
She is also invited to sit on the jurys of international piano competitions, (Yokohama, Tokyo, Boston, Steinway, Vulaines) and was a member of the organizing committee of the International Francis Poulenc piano competition.
Véronique Bonnecaze also has a passion for organizing musical events. She was artistic director of the “Half Past Noon” concerts of the Ecole Normale de Musique de Paris (salle Cortot) between 2012 et 2015, and has created, among others, the Arcachon International Piano Competition, the “Harmonies du Soir” series of concerts at the Hotel Plaza Athénée in Paris, the “Musical Emotions” concerts series at the “Cercle France-Amériques” in Paris, the Academy and Festival “Music in Biscarrosse”, as well as an annual competition in Tokyo that grants scholarships to Japanese piano students who wish to study at the École Normale de Musique Cortot.