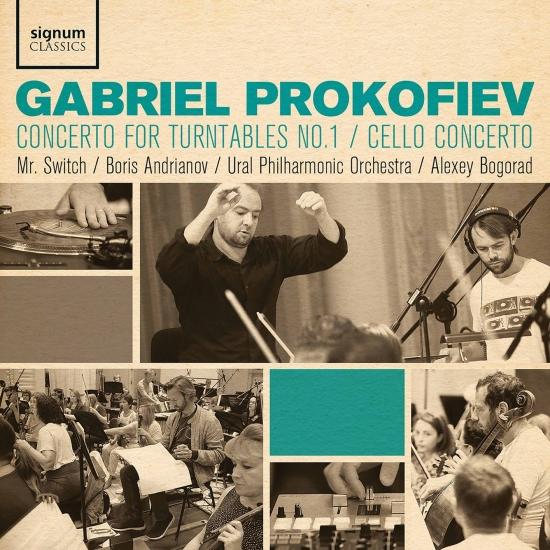 Gabriel Prokofiev’s famous first Concerto for Turntables reached a global audience when performed by Mr. Switch at the 2011 BBC Proms, under the baton of Vladimir Jurowski. It has since been performed 55 times worldwide, with the 5th movement being performed 20 times as part of the BBC’s Ten Piece’s project. The aim of the piece is demonstrate the main DJing techniques, with each movement showing off a specific one.
Prokofiev’s Cello Concerto was composed in 2012 and is the third concerto he composed. It was the most conventional of his concertos, with the other two (at that point) being for Bass Drum and Turntables. Despite this, Prokofiev still manages to explore influences of electronic and dance music in the concerto, whilst also exploring the traditional lyrical side of the cello.
Mr. Switch, turntables
Boris Andrianov, cello
Ural Philharmonic Orchestra
Alexey Bogorad, conductor 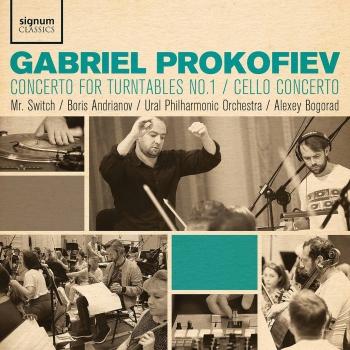 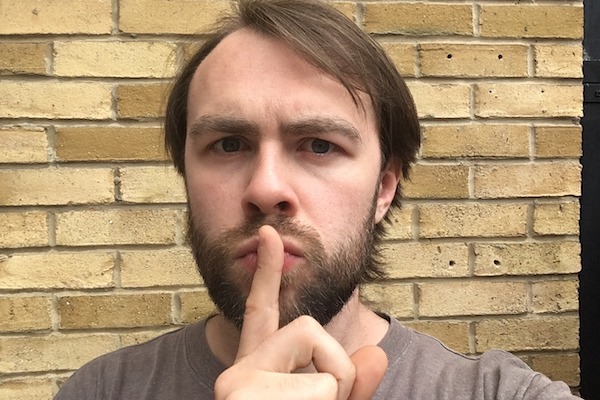 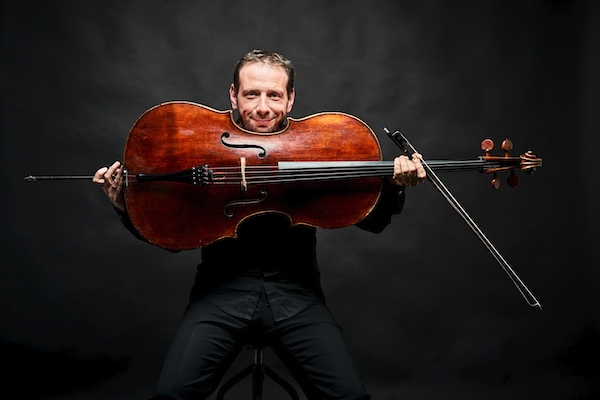 Mr. Switch aka Anthony Culverwell
is one of the most talented & successful DJs to come out of the UK – noted worldwide for his versatility, party rocking abilities & scratch skills.
Having made his name & reputation on the DJ battle circuit, Switch’s efforts led him to take the ultimate prize and become the reigning DMC WORLD CHAMPION in 2014, winning the longest standing DJ competition in the world. This is his 4th world title, following his back-to-back wins in the ‘Battle For World Supremacy’, 3 years in a row.
Under his previous guise of DJ Switch, Anthony performed as soloist in Gabriel Prokofiev’s “Concerto For Turntables” alongside the National Youth Orchestra in 2011, becoming the first DJ in history to perform on the BBC Proms, the UK’s largest classical music festival.
His other previous credits include closing DJ sets at festivals such as Glastonbury & Bestival; guest mixes for Radio 1, 1Xtra, Kiss FM & BBC Asian Network, and features on TV shows such as BBC Breakfast & Blue Peter.
Mr. Switch defines himself through his versatility – having performed across the world, he is able to take any challenge thrown at him. Whether he’s dropping a hip hop skills showcase, an electro swing throwback through time, or a multi-genre mash-up, he performs with the same energy, skill & sheer enjoyment of his craft.
Boris Andrianov
is the Artistic Director of and the inspiration behind the new Star Generation project, which produces and manages concerts by talented young musicians in all cities and regions throughout Russia. For this project, in 2009 Boris Andrianov was awarded the Russian Federation Prize for Culture. In 2008 Moscow hosted the first-ever cello festival in Russia, VIVACELLO festival the Artistic Director of which is Boris Andrianov. Boris Andrianov was born in 1976 to a family of musicians. He graduated from the Moscow Gnessins’ School of Music, later studying at the Moscow State Conservatoire (class of Natalia Shakhovskaya) and at the Hochschule für Musik Hanns Eisler under the tutelage of David Geringas. In 1991 Boris Andrianov was allocated a grant by the New Names programme.
Boris Andrianov has been a prize-winner at the International Tchaikovsky Youth Competition, the International Shostakovich Competition Classica Nova in Hannover (together with Alexei Goribol, 1st prize, 1997), the VI International Mstislav Rostropovich Cello Competition in Paris (1997), the XI International Tchaikovsky Competition (3rd prize and Bronze Medal, 1998), the International Antonio Janigro Competition in Zagreb (1st prize and special awards, 2000) and the International Isang Yun Competition in South Korea (2003).
He performs with symphony and chamber orchestras, among them are Mariinsky Orchestra, Israel Philharmonic Orchestra, t Orchestre National de France, Tchaikovsky Symphony Orchestra, Kammerorchester Berlin, Russian National Orchestra, Academic Symphony Orchestra of the Moscow Philharmonic and t Kammerorchester Wien. He has also performed with such conductors as Valery Gergiev, Vladimir Fedoseyev, Alexander Vedernikov, Vasily Petrenko, Gianandrea Noseda, Roman Kofman and others. Boris Andrianov has frequently appeared under renowned Polish composer Krzysztof Penderecki, performing his Concerto Grosso for three cellos and orchestra. Boris Andrianov performs a vast amount of chamber music; His chamber partners include Yuri Bashmet, Leif Ove Andsnes, Menahem Pressler, Akiko Suwanai, Janine Jansen, Julian Rachlin, Denis Matsuev, Alexander Ghindin, Maxim Rysanov, Boris Brovtsyn and many others Boris Andrianov performs concerts at Russia’s finest venues as well as at prestigious concert halls in The Netherlands, Japan, Germany, Austria, Switzerland, the USA, Slovakia, Italy, France, South Africa, South Korea, India and China among other countries. In September 2006, Boris Andrianov performed concerts in Grozny (Chechnya). These were the first classical music concerts in the republic since the start of the Chechen War.
Andrianov has participated in many international festivals, such as the Swedish Royal Festival, the Ludwigsburg Music Festival, Dubrovnik Music Festival, Crescendo Festival, Edinburgh Festival, Homecoming Festival, Davos Music Festival and many others.
In 2003, Delos Records released an album by Boris Andrianov recorded together with leading Russian guitarist Dimitri Illarionov; this recording was in the preliminary list of nominations for a Grammy award. In September 2007 Boris Andrianov’s CD, recorded with pianist Rem Urasin, became Gramophone magazine’s “Choice of the Month” CD.
In 2014-2015 Boris released 4 new CD's! One of them is with the Grammy Award Winner, Bosnian lute player Edin Karamazov, another CD is with J.S. Bach Three Gamba Sonates in transcription for cello and bayan with famous Russian bayan player Yuri Medyanik. Two other CD's, with Dimitry Illarionov (4 folk suites) and with Rem Urasin (original transcriptions of Shostakovich and Rachmaninov music) were released in Paris and London.
Since 2005, Andrianov has played the “Domenico Montagnana” cello from the Russian State Collection of Unique Musical Instruments. Since 2009 he is a professor of Moscow State Tchaikovsky Conservatory.