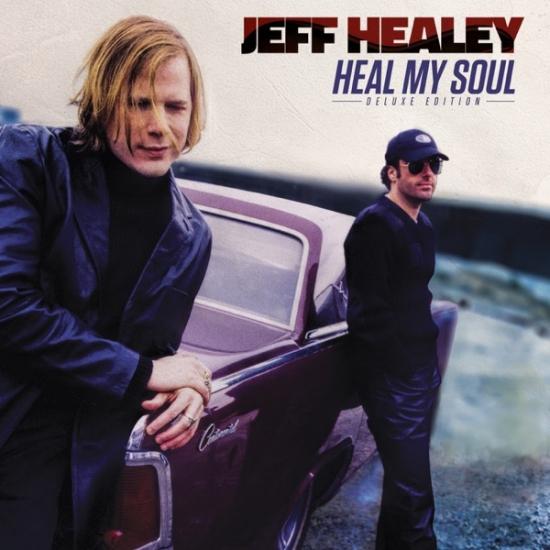 This special double edition of the critically acclaimed "Heal My Soul" features the album packaged with its companion album, "Holding On", for the first time. "Heal My Soul" is composed of 12 songs recorded during a 3 year period (1996-98) of intense creativity. "Holding On" features five more studio tracks from this time period, along with a live performance from Rockefeller Music Hall.
Known for his unconventional way of playing guitar in a lap-steel fashion, fretting with all five fingers, Jeff Healey (who was blind since childhood due to a rare form of eye cancer) solidified a legacy as a musician’s musician. His style of blues-rock earned the Canadian artist fans worldwide, before his untimely passing in 2008. This deluxe edition of Heal My Soul is a collection of material from one of Healey’s most creative periods, for both veteran and new fans.
Jeff Healey
Recorded at Forte Studios, JPC Post, Echosound Studiolabs
Produced by Roger Costa
Digitally remastered 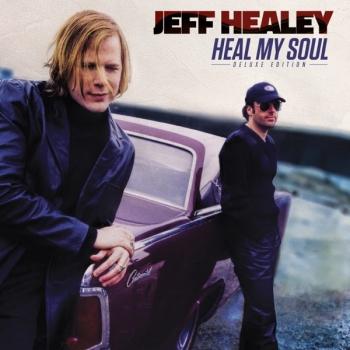 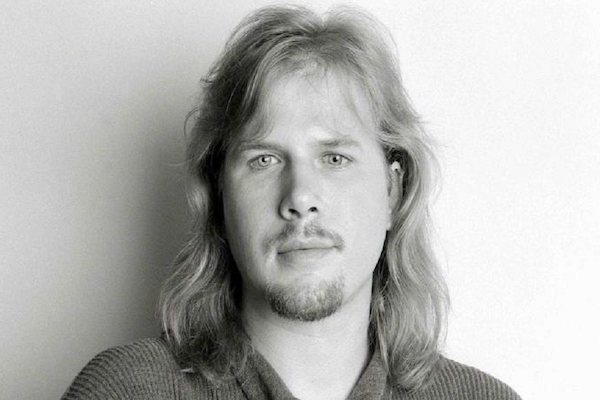 Jeff Healey
Canadian music icon, Jeff Healey, was born in Toronto on March 25, 1966. Blind from early childhood due to retinoblastoma (a rare form of eye cancer), Jeff Healey’s guitar playing virtuosity and soulful voice saw him rise to prominence in the entertainment world in the late 1980s and ‘90s selling millions of albums worldwide.
Getting his first guitar at the age of three, he developed a unique style of playing. Placing the guitar flat on his lap, and playing it like a lap steel with his hands over the fret board, gave him the flexibility of fretting with all five fingers and the power of pulling notes with the strength of his whole hand.
For over two decades, Jeff enjoyed a successful music career that spanned rock, blues and traditional jazz. Grammy nominee and Juno award winner, he was a radio personality, a jazz historian and world famous record collector (owning a collection of 1920’s and ‘30’s jazz 78s that would ultimately top out at over 30,000 records).
With the Jeff Healey Band, he recorded five studio albums and contributed to the soundtrack of the cult classic film, Patrick Swayze’s Road House; a film in which Jeff and the band were featured prominently. Over the years, Jeff’s reputation as a player and a person led him to perform and record with such incredible luminaries as Stevie Ray Vaughan, B.B. King, John Mayall, Eric Clapton, the Rolling Stones, Lenny Kravitz, George Harrison, Mark Knopfler, Ian Gillan and many, many more. In addition to countless recording sessions as a guitarist, trumpet player, singer and producer, Jeff also recorded three albums of the traditional American jazz that he loved so much. Just prior to his untimely passing, Jeff put the finishing touches on the award winning ‘Mess Of Blues’, his first rock/blues album in nine years.
Throughout Jeff’s successful career, he was an advocate for both the blind and literacy. He showed his support by lending his name and volunteering his time to various CNIB fundraisers and Toronto’s Word On The Street festival.
A childhood cancer survivor, Jeff took every opportunity to help support Sick Kids Hospital, focusing on Daisy’s Eye Cancer Fund (a Childhood Retinoblastoma Research foundation), which has made great strides and has even helped the amazing progress of his own son’s Retinoblastoma treatment. One of the many ways he helped support the Fund was through his annual ‘It’s a Very Healey Christmas‘ charity show at his club, Healey’s (opened in 2001, it was one of two nightclubs that would bear Jeff’s name in his home town of Toronto).
Jeff was a proud Canadian through and through. While he set a high standard and example as an unbelievable musician, he was also an inspiration to disabled people around the world. Awarded an honorary doctorate from McMaster University and inducted into the Terry Fox Hall of Fame, Jeff represented determination, equal opportunity and a passion to stay true to your dreams, no matter what the obstacle.
Jeff Healey passed away on March 2nd, 2008 after a three-year battle with sarcoma cancer. He was 41-years-old.