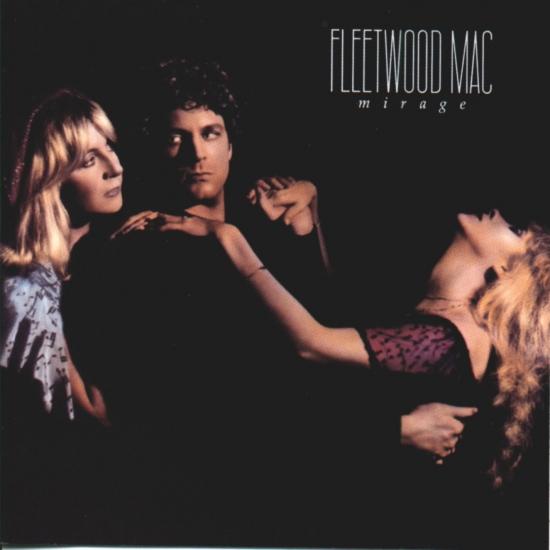 After the 1979 release of the precocious but misunderstood double album 'Tusk', which fell disappointingly below the mind-blowing sales of 1977's multi-platinum 'Rumours', the band decided to take a safer route for their next release. In sunny contrast to the melancholy introspection of 'Tusk', 1982's 'Mirage' returned the band to bright melodies and hit single material. The advent of MTV led the band to release two artistic videos in conjunction with the record, the Magritte-inspired desert fantasy of 'Hold Me,' Christine McVie's lush, pleading love song, and the handsome, Depression-era daydream of 'Gypsy,' one of Nicks' prettiest signature tunes. The jangling bonhomie of 'Mirage' even affects Buckingham's darker songs; though lyrically heartbroken, on 'Book of Love' Buckingham sounds almost cheerful. His husky 'Empire State' is a love-giddy ode to New York. Nicks' 'Straight Back' feels spiritually tied to the duskier tone of her 1981 solo album 'Belladonna', and the mistress of the moon even tries her hand at country with the twanging lope of 'That's Alright.' Christine McVie's shimmering ballad 'Only Over You' is one of 'Mirage‘s' strongest tracks. Though not one of Fleetwood Mac's legendary albums, 'Mirage' is still strong when held against the fierce competition of the band's exceptional catalogue.
Lindsay Buckingham, vocals, guitar
Christine McVie, vocals, keyboards
Stevie Nicks, vocals
John McVie, bass
Mick Fleetwood, drums, percussion
Additional musicians:
Ray Lindsey, guitar
Recorded at Ler Chateau, Herouville, France, Larrabee Sounds, Los Angeles, Record Plant, Los Angeles
Engineered by Ken Caillat, Richard Dashut
Produced by Fleetwood Mac, Lindsey Buckingham, Richard Dashut, Ken Caillat
Digitally remastered