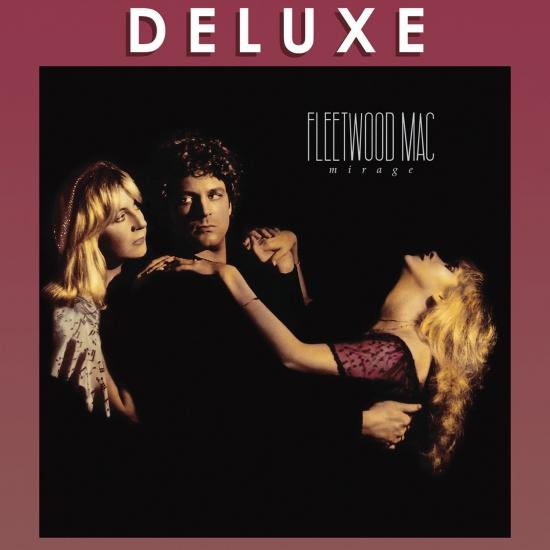 Fleetwood Mac’s streak of five consecutive multi-platinum albums began in the Seventies and continued in 1982 with „Mirage“, the follow-up to the band’s 1979 double-album, Tusk. During the summer of 1982, Mirage topped the album chart and added to the band’s already impressive canon of hits with “Hold Me,” “Love In Store” and “Gypsy.”
Following last year’s deluxe edition of Tusk, Fleetwood Mac continues chronologically with the deluxe edition of „Mirage“. This new edition expands on the original album with newly remastered sound, a selection of rare and unreleased recordings, as well as the stories and pictures behind the album.
In 1982 Fleetwood Mac topped the U.S. Album Chart for five weeks with „Mirage“. Along with instantly recognizable smash hits like “Hold Me” and “Gypsy,” „Mirage“ also features great album tracks like “Oh Diane,” a Top Ten hit in the UK, and “Straight Back,” a Top 40 hit on the Billboard Rock Chart.
The new deluxe editions of „Mirage“ includes 19 tracks dedicated entirely to outtakes and rarities. Among the unreleased gems are early versions of several album tracks – “Empire State” and “Book Of Love” – along with outtakes for songs that didn’t make it to the album: “If You Were My Love” and “Smile At You.” There is also an unreleased cover of the Fats Domino classic “Blue Monday,” as well as the rare, extended mix for “Gypsy” that was used in the music video.
Exclusive to the deluxe edition of „Mirage“ is a dozen live performances recorded in Los Angeles during Fleetwood Mac’s 1982 U.S. tour. Along with early hits – “You Make Loving Fun” and “The Chain” – the collection includes performances of „Mirage“ standouts like “Love In Store,” “Eyes Of The World” and “Gypsy.”
Lindsey Buckingham, guitar, vocals, additional keyboards, lap harp
Stevie Nicks, vocals
Christine McVie, keyboards, vocals
John McVie, bass
Mick Fleetwood, drums, percussion
Additional musicians:
Ray Lindsey, additional guitar on 'Straight Back'
Recorded 1981–82 at Le Château in Hérouville, France; Larrabee Sound Studios and the Record Plant, Los Angeles, California
Engineered by Richard Dashut and Ken Caillat
Mixed at George Massenburg Labs, West Los Angeles, California
Produced by Fleetwood Mac, Richard Dashut, Ken Caillat
Digitally remastered