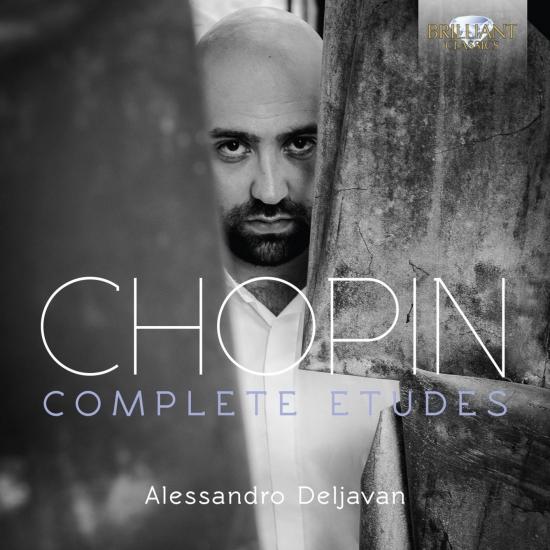 Chopin Etudes are the Mount Everest for every concert pianist: the combination of technical difficulties of the highest level and a rich and complex musical content make them even today the biggest challenge a mortal pianist can meet.
Young Italian pianist Alessandro Deljavan presents a strong and highly personal interpretation: deeply poetic and passionate, backed by a superlative technical mastery. · Deljavan is one of the most remarkable pianists of his generation. “His playing is full of intensive power and contagious artistry” (Dmitri Bashkirov), “he is one of the most interesting pianists I’ve heard in my life” (Fou Ts’Ong), “he is one of the most major talents of his age” (John Perry), “Jaw-dropping virtuosity and heart-stopping eloquence” (Dallas Morning News).
Alessandro Deljavan, piano