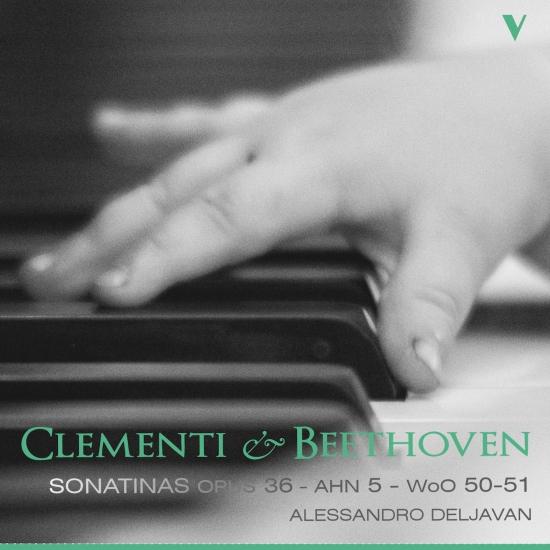 The Sonatinas Op. 36 by Muzio Clementi were and are a must for any amateur pianist and young piano scholar. These sonatas written in classical form are amonst the easiest pieces to play written by the composer, but also some of the most representative and didactical compositions ever written. The Sonatina No.1 was so well known at the time that Satie composed a disrespectful parody he called 'Sonatine bureaucratique'. A very interesting fact is also that concerning the last mouvement of the fifth Sonatina, which was literally copied by some pop songwriters including Phil Collins.
The second part of the album is about Beethoven's early and shorter Sonatas. These music, greatly interesting to be rediscovered, is equally known to children, especially the group of the Two Sonatinas Ahn. 5. The Beethovenian spirit and style can be noticed even in these small but intense pieces.
Deljavan gives us a quick reading, enthusiastic and lively, even with some embellishment, that though not written, was typical of the period.
Alessandro Deljavan, piano