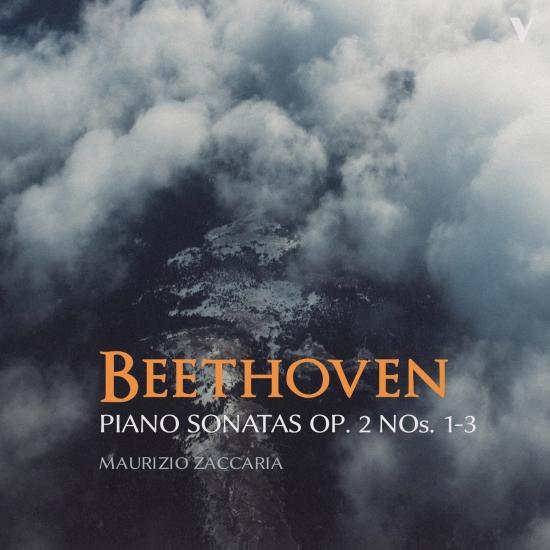 Beethoven’s Opus 2, published in Wien in March 1796, is the first work in which the composer’s strong personality is declared.
Accordingly to Carli Ballola, Piano Sonatas Op. 2 are the manifesto of the style that the composer achieved in the early XVIII century and that will be characterizing of the following years: this is, according to Lenz, the so-called "Early Beethovenian period".
Important aspects affect the form: the Sonatas are now - differently from Haydn, Clementi and Mozart’s Sonatas - structured in four movements. For the first time, Beethoven starts an expansion and a development of the forma-sonata, concerning to the structure of dynamics and rhythm, and to the dialectic of transitions; it follows that the treatment of the pianistic matter turns out to be more psychological than reminding to a frivolous style.
About Maurizio Zaccaria (AE17032 Gerhswin, G.: Complete Published Piano Works; AE15003 Massenet, J.: Complete Piano Works; OC18011B Beethoven, L. Van: Piano Sonatas Opp. 26, 28, 49, 90) renowned pianist Aldo Ciccolini wrote "he is a pianist endowed with rare technical and musical means."
The recording has been made using a pair of Brüel & Kjær microphones combined with Prism Sound equipment, and a brand-new Steinway D-274.
Maurizio Zaccaria, piano