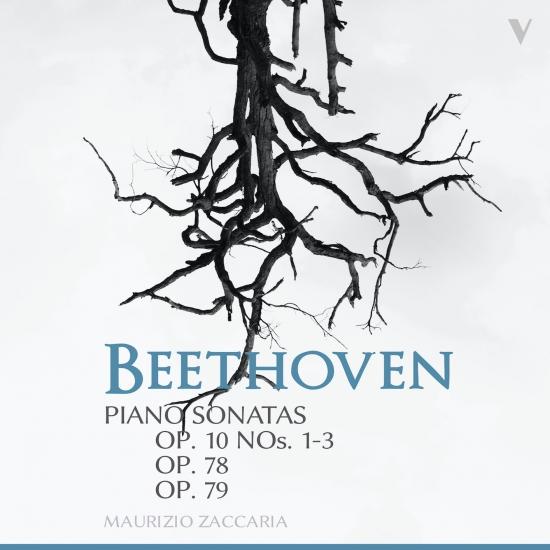 The two albums OC19040B and OC19041B introduce Beethoven’s more intimate works that appropriately trace his evolution: from the four Sonatinas, WoO 50 and 51, Anh. 5/1, 5/2, composed in the late 1780s or early 1790s and published posthumously; exploring the four sonatas of the first-period (the Three Sonatas, Op. 10 and the Sonata, Op. 22); two sonatas from the middle period (Opp. 78, in two relatively brief movements; and Op. 79, the shortest of the three-movement sonatas); and ending with the late-period’s Eleven Bagatelles, Op. 119, revised and published as a set in 1823 but gathering works that span from the 1790s to the early 1820s.
While Beethoven’s very early sonatinas may show a rather conservative attitude toward composition and pianistic language (perhaps the reason why they remained unpublished), it is in the Sonatas, Op. 10 that we sense Beethoven’s urge as a young composer to push the boundaries of already old-fashioned archetypes – in the use of the rondo-sonata form, for example, but also in the quintessentially orchestral writing of the third sonata. And it is in the second half of the Bagatelles, Op. 119, written in 1821-22, that we most perceive Beethoven’s iconoclastic force had he not prematurely left the world only several years later.
The present recording was made by Alessandro Simonetto with a pair of 2-stereo Stennheiser microphones.
Maurizio Zaccaria, piano