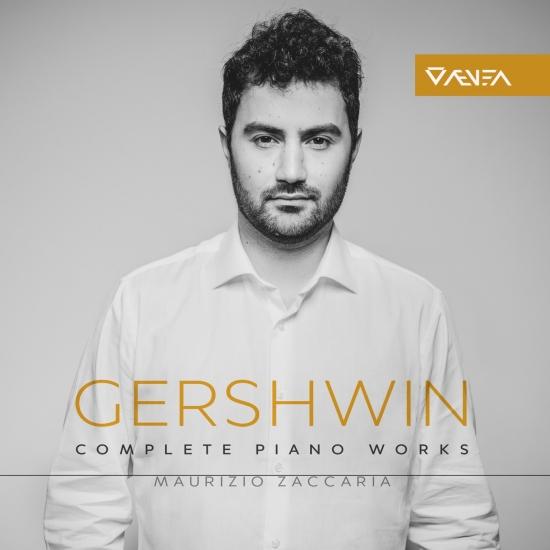 The complete published works by Gershwin are quite extraordinary for their invention. His jazz bubbles over with clever ideas for piano (Gershwin was, after all, a true virtuoso of the piano). His compositions have an abundance of colours and genres that blend, bind and burst into new and spacious musical language.
Young talent, Maurizio Zaccaria (AE16003 J. Massenet: Integrale Piano Works), plays with a secure and natural touch. The album - and also the album in HD 88.2/24-bits - includes the transcriptions of the Gershwin' Songs (18), the Three Preludes, the Uncategorised Preludes, the pianistic transcription (by the composer) of the famous 'Rhapsody in Blue', the innovative (Double) Waltzes, and some other pieces, including original transcriptions from 'Porgy and Bess', 'Shall We Dance', and 'Rosalie'.
The recording is fully natural with no mastering additions, made with 4 microphones (2 close, 2 far).
Maurizio Zaccaria, piano