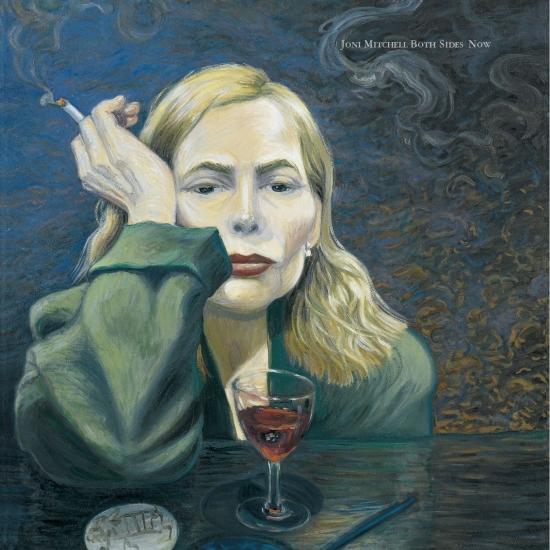 Info for Both Sides Now (Remastered)

Deep down, Joni Mitchell has always been a jazz singer. Though her compositions center on life lessons and other writerly observations, what animates them are the intricate melodies - jackknifing, sharp-cornered lines that demand to-the- syllable specificity. On Both Sides Now, Mitchell applies that precision to tunes that have been famously blubbered over for decades (plus 2 of her own songs). Where Linda Ronstadt and other pop singers who have covered jazz standards tend to lean on oversize crooning (most recently and abhorrently, George Michael), Mitchell knows that the romance vanishes when the lines are exaggerated. So she concentrates on the melodic essence of torchy warhorses like 'You've Changed' and 'Stormy Weather,' boiling away the frills until all that's left are haunting, painfully stark declarations. Singing atop a velvety orchestra, sounding buoyant one minute and betrayed the next, Mitchell interprets 'At Last' with slurry, smeared-paint gestures and gives 'Don't Go To Strangers' a weary, Billie Holiday-worthy soul ache. It is Mitchell's emotional generosity, not the fabulous surroundings, that winds up mattering most: After years of spinning yarns heavily dependent on words, she's telling these stories with a repertoire of gingerly placed inflections and anguished sighs, tools she's always had but never flaunted. (Tom Moon, Rolling Stone, February 16, 2000)
Joni Mitchell, vocals
Wayne Shorter, soprano & tenor sax
Mark Isham, trumpet
Herbie Hancock, piano
Chuck Berghofer, bass
Peter Erskine, drums
Vince Mendoza, orchestral arrangements & conductor
Recorded by Geoff Foster at Air Studios, UK
Assistant Engineer: Ben Georgiades
Additional Recording by Allen Sides at Ocean Way Studios, L.A.
Mixed by Allen Sides at Ocean Way Studios
Assistant Engineer: John Tyree
Mastered by Bernie Grundman at Bernie Grundman Mastering
Production Coordinator: Dana Pilson
Orchestral Contractor: Isobel Griffiths
Produced by Larry Klein and Joni Mitchell
Musical Director: Larry Klein
Arranged and conducted by Vince Mendoza except 'Stormy Weather' arranged by Vince Mendoza and Gordon Jenkins
Digitally remastered.
"Both Sides Now" won the 2001 Grammy Award for Best Traditional Pop Vocal Album.
"Both Sides Now" won the 2001 Grammy Award for Best Instrumental Arrangement Accompanying A Vocalist.
The song was also nominated for the 2001 Grammy Award for Best Female Pop Vocal Performance.
"A Case Of You" was nominated for the 2001 Grammy Award for Best Instrumental Arrangement Accopanying A Vocalist.
Rolling Stone Magazine 42/100 'The 100 Greatest Singers of All Time'
Rolling Stone Magazine 62/100 'The 100 Greatest Artists of All Time'