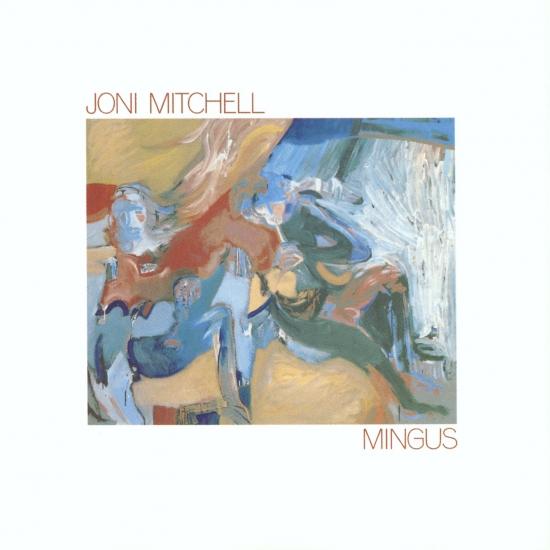 Joni Mitchell's most controversial album is the infamous „Mingus“. A tribute to the legendary jazz bassist of the same name, this is an intriguing meeting of Joni's sultry, burnished vocals and some of the best modern jazz musicians, at the intersection of pop and jazz.
Critics in both the rock and jazz worlds unjustly dismissed the record as an attempt by Mitchell to exploit Mingus or to needlessly elevate pop to a more sophisticated level. Mitchell's voice is well suited to the moody jazz melody of Mingus' "A Chair In The Sky." The melodic comments of the masterful Jaco Pastorius' fretless bass weave their way seductively through Joni's melancholy interpretation of "Sweet Sucker Dance." The high point of the album, however, is the funky "The Dry Cleaner From Des Moines" which benefits from Pastorius' gurgling bass groove and dynamic horn arrangement.
The album finale is the beautiful ballad "Goodbye Pork Pie Hat," on which Mitchell delivers one of the most heartfelt and stunning vocal performances of her career. To complete the picture, snippets of conversations with Mingus are inserted between tracks to draw the album into a cohesive whole.
Joni Mitchell, guitar, vocals
Wayne Shorter, soprano saxophone
Herbie Hancock, electric piano
Jaco Pastorius, bass, horn arrangement
Peter Erskine, drums
Don Alias, congas
Emil Richards, percussion
Recorded at A&M Studios in Hollywood by Henry Lewy and Steve Katz
Mixed by Joni Mitchell, Henry Lewy and Steve Katz
Mastered by Bernie Grundman
Digitally remastered