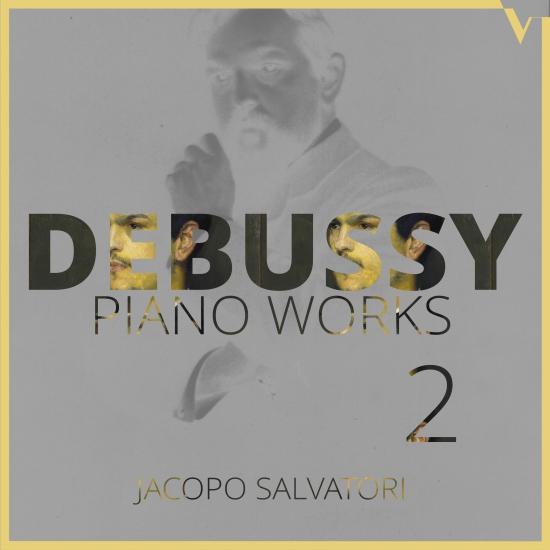 Pour le piano (1901), Estampes (1903) and Masques (1904) belong to the period preceding that of the composer’s piano masterpieces, such as Images and Préludes, written between 1904 and 1913. Nevertheless they mark a fundamental stage in the composer’s development, in which he brings together his experience stemming from the early pieces with a more concise and strengthened sense of form. There is an inimitable quality to this music in the clarity of its moods, such as the Spanish atmosphere in La soirée dans Grenade or the asian sonorities in Pagodes, provided by its extensive use of pentatonic scales. His writing for piano equals that of the following masterpieces and was in itself innovative and pioneering.
Children’s corner (1907) is one of the most inspiring pieces by Debussy, written in 1907 and dedicated to his 3-years old daughter Claude-Emma: “To my beloved little Chouchou with the tender excuses of her father for what follows below”. Written in the form of a six-piece suite, the music explores the world of the young children through the eyes of an adult. Emma-Claude died in 1919 of diphteria, just one year after his father, at the age of 14; in light of that the work takes on a tragic aspect.
Les soirs illuminés par l’ardeur du charbon (1917) is Debussy’s very last piece. Never published by the author, it has been recently discovered and published by Durand. Though something of a sketch, it forms a finished piece which recalls the harmonies and the piano writing of the second book of Préludes, thought to be dedicated to his coal merchant. Its dark sonorities well depict its title, the view of an evening sky, seen from afar, glowing from burning coal. The title is taken from “Balcon”, a poem by Charles Baudelaire, which he had already set into music earlier in 1888.
La plus que lente (1910) is a short piece in the form of a waltz. The word Lente refers here to the valse lente, a widely-spread genre in France at that time. As with many of Debussy’s titles there may be a certain irony in it, but the piece is surely one of the best valses of its time, with its supple tempi and a peculiar melancholic character.
The young pianist Jacopo Salvatori continues his voyage into Debussy's music exploring vast sonorities at the modern piano (Steinway D-274).
Jacopo Salvatori, piano 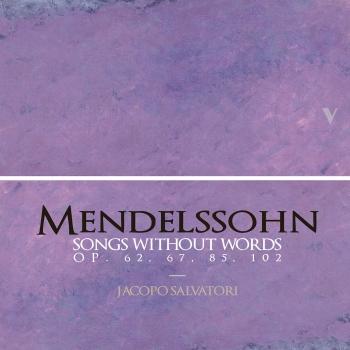 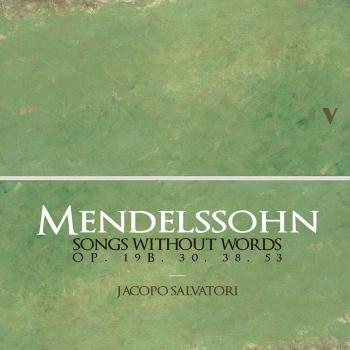 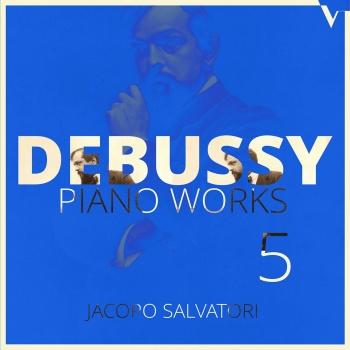 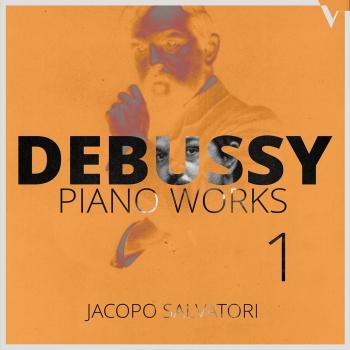 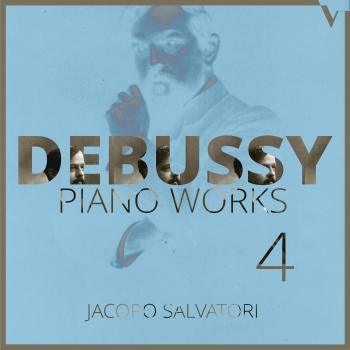 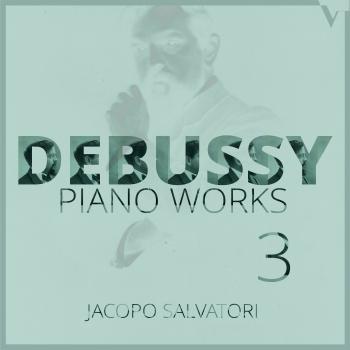 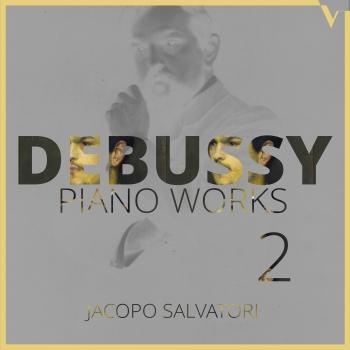