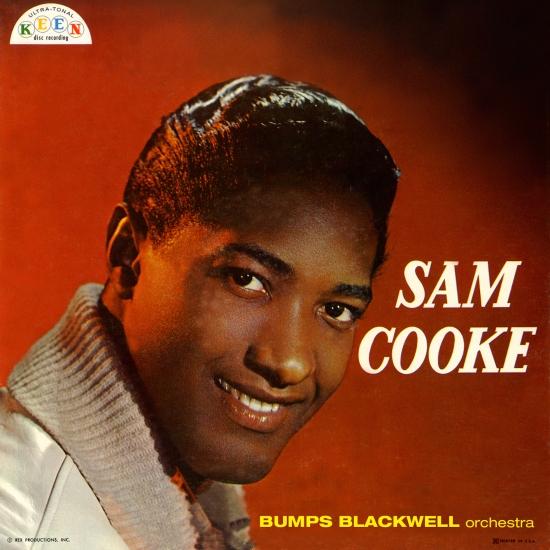 Sam Cooke and the Bumps Blackwell Orchestra turn in a decent performance, recorded in September, 1957. Art Rupe teamed him with Robert 'Bumps' Blackwell, a producer and songwriter at Specialty who'd worked with Lloyd Price and had more recently been key to the screamin' success of Little Richard. Several recordings were completed before Blackwell took a position in artists and repertoire at Keen Records, based in Los Angeles (as was Specialty), taking Cooke with him. 'You Send Me' (with writer credit given to his brother, L.C. Cooke, though it's widely believed Sam composed the song) was his first single for the label and made a major impact in the fall of 1957, hitting number one in December, knocking off Elvis' 'Jailhouse Rock' in the process and turning Sam's dreams to reality much sooner than anticipated.
'You Send Me,' of course, is one of the great classics of the 1950s, with its '...honest you do, honest you do' refrain and vocal runs that have been imitated ever since. Sam captured a large audience in one fell swoop, a fan base that grew over the next several years as his presence on radio and television, in addition to his live performances, remained steadfast. Specialty immediately followed with an earlier recording, 'I'll Come Running Back to You' (with 'Forever' on the flip) and it was a top 40 hit in early '58. The next Keen single, '(I Love You) For Sentimental Reasons' (written by William 'Pat' Best, it had been Nat 'King' Cole's first number one hit with The King Cole Trio in 1947), was a conscious attempt to gain favor with an older audience. It peaked mid-chart, as did the flip side, 'Desire Me' (the only notable hit for songwriter Bruce Culver), a disappointment in the wake of 'You Send Me.' But there was little need for concern.
Sam Cooke, vocals
Bumps Blackwell Orchestra
Robert 'Bumps' Blackwell, conductor
Digitally remastered

Sam Cooke At The Copa