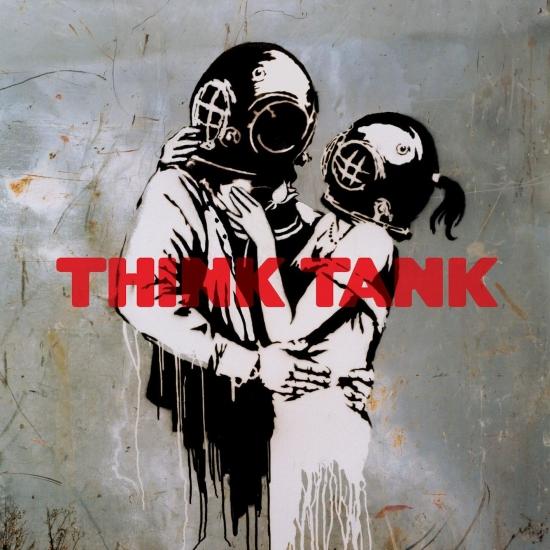 Sessions for Blur’s seventh album began in the band’s London studio 13 late in 2001, with producer Ben Hillier at the helm. Seeking inspiration in warmer climes, Blur transferred an entire studio to a disused building in the grounds of a riad in Marakech - no mean feat after weeks of negotiation with local customs. Parts of the vocals were recorded on rooftops bathed in moonlight, under additional supervision from Norman Cook, whilst finishing touches were applied in a barn near Damon’s Devonshire home. The final thirteen tracks were selected from more than twenty five completed songs.
Think Tank is Blur’s only album as a three piece – founding guitarist Graham Coxon was present for the initial sessions and plays on the closing track “Battery In Your Leg”. The album garnered Blur another top 5 hit, in the classic ballad “Out Of Time”, and topped the Observer Music Monthly end of year review.
“This is the sound of a band in love with music, enjoying the artistic freedom that sales of several million albums have afforded them: Damon’s finally over Justine, Blur are happy being Blur, and Think Tank is a joy.” (Bang)
Damon Albarn, vocals, guitar, piano
Graham Coxon, guitars
Alex James, bass guitar, backing vocals
Dave Rowntree, drums, backing vocals
Recorded at Zoë Ball Show, XFM in August 2003
Produced by Blur, Ben Hillier, Norman Cook and William Orbit
Digitally remastered