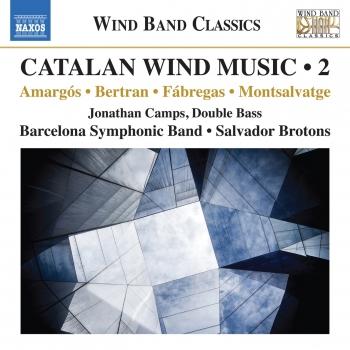 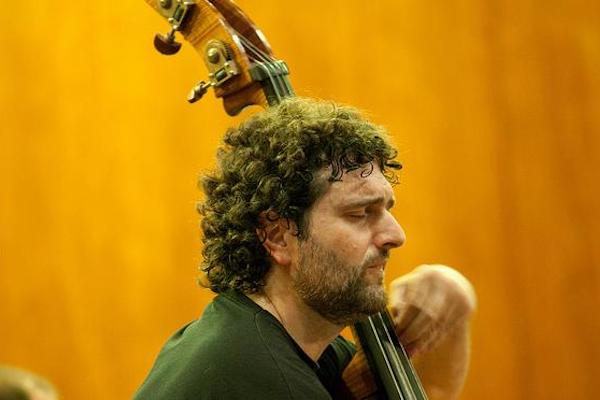 Jonathan Camps
is double bass teacher at the Escola Superior de Música de Cataluya in Barcelona and also member of the Orquestra Simfònica de Barcelona i Nacional de Catalunya. He studied at the Conservatori Superior Municipal de Musica de Barcelona and at the Konservatorium der Stadt Wien, Austria He has also studied with Gary Karr in VictoriaBC As a soloist, he has performed recitals worldwide ( Spain, France, Germany, Austria, Hungary, USA, Colombia...... ). He has also played as a soloist with Spanish and foreign orchestras. Jonathan Has also played Chamber Music with distinguished artists and ensembles of modern and ancient music like “Le Concert des Nations” with Jordi Savall among others. Compositions written for and premiered by him include the world-premiere performance of the Concerto for Double bass and Wind Ensemble by Salvador Brotons and “ Fantasiy for Doublebass and Wind Ensemble “ By Moises Bertran, both with the Banda Municipal de Barcelona, and many other pieces for double bass and piano by catalan composers He also teaches masterclasses internationally. Jonathan Camps is General Director of the “BarcelonaBass Meeting” International Bass Festival in Barcelona and president of the BarcelonaBass Associació. Jonathan Camps is Executive-Coach by the EEC ( European School of Coaching ) acredited by the ICF (International Coach Federation )
Salvador Brotons
was born in Barcelona into a family of musicians. He studied flute with his father and continued his musical studies at the Barcelona Music Conservatory where he earned advanced degrees in flute, composition and conducting. In 1985 he won a Fulbright scholarship and moved to the US where he obtained a doctorate in music from the “Florida State University”.
As a composer, he has written more than 140 pieces, mostly orchestral and chamber works, and has won major composition awards, including the “Premio Orquesta Nacional de España” (1977), for his Cuatro Piezas para Cuerdas, the prize “Jove d’Or” (1980), the “Premio Ciutat de Barcelona” (in 1983 for his first symphony, and in 1986 for his piece Absències for narrator and orchestra), “SoutheasternComposers League Award” for his Sinfonietta da Camera (1986) “The Madison University Flute Choir Composition Award” (1987) for his Flute Suite and the “Premio Reina Sofia de Composición” (1991) for his piece Virtus for orchestra. He has also received many commissions. Many of his works have been published and recorded inseveral CDs in Europe and in the US for labels such as Naxos, EMI, Auvidis, Naxos, Albany Records, Keys, Harmonia Mundi, RNE, etc.
Currently he combines a busy schedule as a conductor and composer of a number of commissions of various genres. Since 2001 he is professor of composition and orchestra conducting at the Escola Superior de Música de Catalunya (ESMUC).
In Spain he has been the music director and conductor of the Orquestra Simfònica de les Illes Balears “Ciutat de Palma” (1997-2001, 2009-2013) and the Orquestra Sinfónica del Vallés (1997-2002). Also in the US he has been the conductor and music director of the Vancouver Symphony Orchestra (Washington State) since 1991 in front of which he has received the “Arts Council” award by the Clark County and the city of Vancouver and the Kiwanis Rose Award (2005). At present he is the conductor of the Barcelona Symphonic Band.
He has guest-conducted orchestras internationally in countries like the US, Israel, France, Germany, China, Poland, South Korea, Mexico, Uruguay, Colombia ….. and the most prestigious Spanish orchestras.