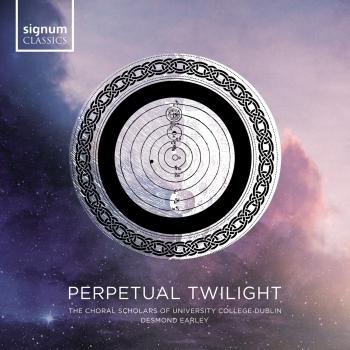 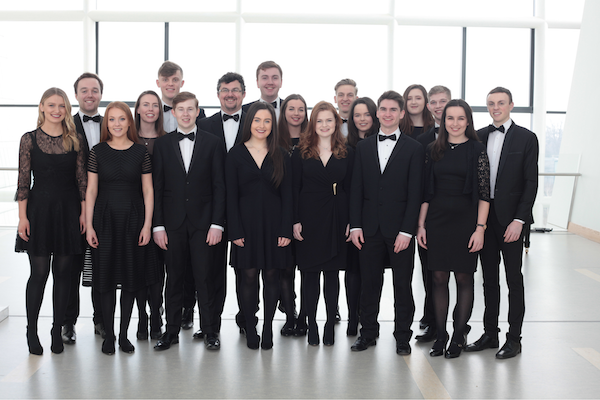 The Choral Scholars of University College Dublin
The Choral Scholars is an internationally-acclaimed chamber choir of gifted student singers led by Artistic Director, Desmond Earley, based at University College Dublin School of Music. Scholars come from various academic disciplines and commit to an intensive programme of choral study. Throughout each semester they receive intense vocal coaching, language instruction, and performance-practice studies. Since its formation in 1999, the choir has maintained strong links with its family of over two hundred alumni who often return to perform with the ensemble on the national and international concert stage.
With a classical focus, and an inspiration found in the music and literature of Ireland, the ensemble’s repertoire ranges from contemporary choral music to the re-imagining of Irish traditional song. What differentiates the Choral Scholars from other choirs is a strong national identity, a commitment to artistic excellence, an ambitious vision, a joyful camaraderie and a dynamic, youthful sound.
The choir frequently performs with Ireland’s leading instrumentalists and orchestras, and has in recent years collaborated with the RTÉ Concert Orchestra and the European Union Chamber Orchestra. In touring the Netherlands, Hungary, Italy, Belgium, Luxembourg, the United Kingdom and the United States of America, the group has brought University College Dublin and its music to an international audience. The choir regularly broadcasts on television and radio. Notable recent appearances include Centenary (RTÉ), for which the ensemble provided the choral soundtrack. Concerts with Hans Zimmer and Ennio Morricone are among their recent prestigious collaborations.
The performance and commissioning of works by living composers is a hallmark of this ensemble. New compositions have been written for the group by Ivo Antognini, Eoghan Desmond, Desmond Earley, Colin Mawby, Michael McGlynn, Timothy Stephens, and Bill Whelan.
In December 2015 the group released their debut international album on Signum Records, which has been well received by audiences and critics alike in the UK, USA and Germany. The disc, titled Invisible Stars, is a collection of traditional and contemporary choral music from Ireland and Scotland and features arrangements and new compositions by some of Ireland’s most celebrated composers.