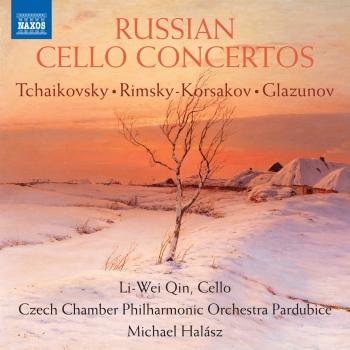 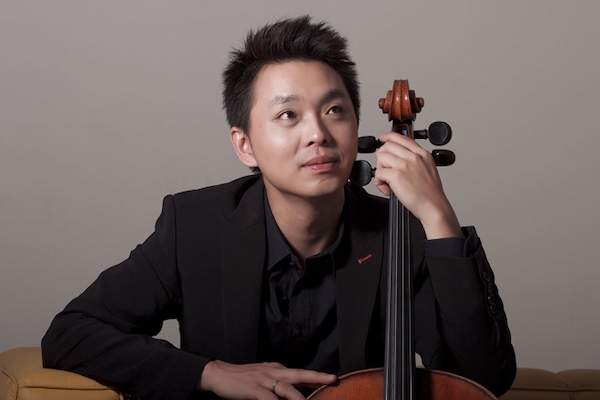 Li-Wei Qin
An exclusive Universal Music China Artist, Li-Wei Qin has appeared all over the world as a soloist and as a chamber musician. After achieving great success at the 11th Tchaikovsky International Competition where he was awarded the Silver Medal, Li-Wei has since won the First Prize in the prestigious 2001 Naumburg Competition in New York. “A superbly stylish, raptly intuitive performer” Gramophone Magazine, January 2015) was the description of the cellist’s Elgar and Walton concerti recording with the London Philharmonic.
Highlights in the 2017/18 season includes debut with the London Symphony, Russian Philharmonic, Czech Chamber and Brussels Chamber Orchestras. Return visits to the China Philharmonic, Guangzhou Symphony and Melbourne Symphony Orchestras.
Two times soloist at the BBC Proms in London’s Royal Albert Hall, Li-Wei has enjoyed successful artistic collaborations with many of the world’s great orchestras including all the BBC symphony orchestras, the Los Angeles philharmonic, London Philharmonic, the Rundfunk-Sinfonieorchester Berlin, the NDR-Sinfonierorchester Hamburg, the Konzerthausorchester Berlin, the Basel Symphony, the Prague symphony, the Osaka Philharmonic, Hong Kong Philharmonic, China Philharmonic, the Sydney Symphony and Melbourne Symphony among many others. Leading conductors with whom he has worked include Vladimir Ashkenazy, Sir Andrew Davis, Marek Janowski, Jaap Van Zweden, Jiri Belohlavek, Jan Pascal Totelier, Hans Graf, Yu Long, the late Machello Viotti and the late Lord Menuhin. Li-Wei has also appeared with chamber orchestras such as the Kremerata Baltika, Sinfonia Vasovia, the Munich, the Zurich, the Australian Chamber Orchestras.
In recital and chamber music, Li-Wei is a regular guest at the Wigmore Hall and for the Lincoln Center Chamber Music Society, New York. He has appeared at the BBC Proms, the Rheinghau, the City of London, the Schlewigs-Holstein and the Mecklenburg Festivals. Li-Wei has collaborated with musicians such as Daniel Hope, Nabuko Imai, Misha Maisky, David Finckel, Wu Han, Vladimir Mendelssohn and Peter Frankel, among many others.
Li-Wei’s recordings on Universal Music/Decca include the complete Beethoven Sonatas, Works of Rachmaninov with pianist Albert Tiu, Dvořàk Concerto with Singapore Symphony Orchestra and conductor Lan Shui and Elgar/Walton Concerti with the London Philharmonic. Most recently, courtesy of Universal Music, Li-Wei's 2013 live concert with the Shanghai Symphony and Maestro Yu Long has been released on Sony Classical.
Born in Shanghai Li-Wei moved to Australia at the age of 13, before accepting scholarships to study with Ralph Kirshbaum at the Royal Northern College of Music, Manchester and with David Takeno at the Guildhall School of Music and Drama, London. He was invited to join the BBC 'New Generations' scheme in 2001 and in 2002, Li-Wei received the Young Australian of the Year Award. Other major invitations included appearances at both the 2008 Beijing Olympics (New Zealand Symphony), 2012 London Olympics and the Davos World Economics Forum (Basel Symphony Orchestra).
Prior to teaching at the YST Conservatory, Li-Wei was a professor of cello at the Royal Northern College of Music, Manchester. He is also a guest professor at Shanghai and Central Conservatory of Music in China. Li-Wei plays a 1780 Joseph Guadagnini cello, generously loaned by Dr and Mrs Wilson Goh.