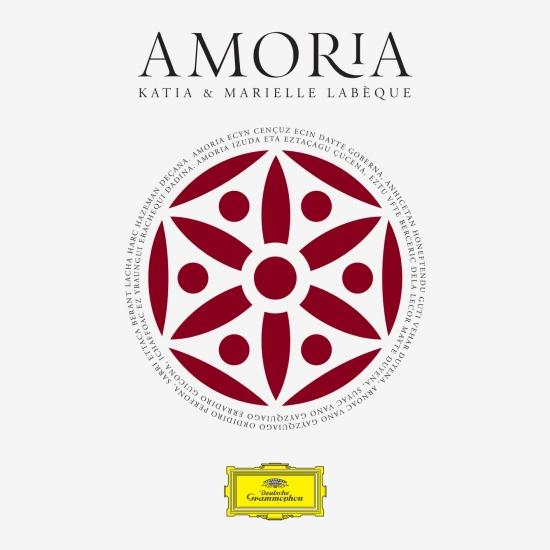 Katia and Marielle Labèque’s attachment to their homeland is no secret. They decide to pay tribute to their roots interpreting a repertoire gathering works by Basque composers, dating from the Renaissance to the present day.
The album Amoria (“love” in Euskara) dives at the heart of Basque culture with composers who managed to blend popular folklore to academic music. Alongside the ensemble Hegiak, the countertenor Carlos Mena or the Escolanía Easo Araoz Gazte choir, the two pianists reassess five centuries of music with Euskara, the Basque tongue, as a watermark – and culminating with a jubilant Boléro.
“There are talks about my heart’s stiffness. This isn’t true. Though I am Basque and Basque people seldom confide, and in few people only. You would not believe with what regrets I left Saint-Jean-de Luz. I really felt this nostalgic impression only when I saw the ocean disappear first, then the Pyreneans. My country truly is one of the finest, the most beautiful I’d say! The sea is bordered by acacia trees! And soft green hills from the top of which fall the small balls of oaks trimmed à la Basque. And on the top of it all, the Pyreneans, magically mauve. Besides, there is the light. It is not the relentless sky of the other southern country. Here, its shine is delicate. It makes the folks agile, elegant and their joy isn’t vulgar. Dances are light, voluptuous without excess. Although very practiced, religion itself intertwines with a hint of skepticism.” Maurice Ravel
Katia Labèque, pianoforte, piano
Marielle Labèque, pianoforte, piano
Elena de Murguia Urreta, viola da gamba
Carlos Mena, conter tenor
Thierry Biscary, vocals
Eñaut Elorrieta, vocals
Harkaitz Martinez de San Vicente, vocals
Mikel Ugarte, vocals
Ander Zulaika, vocals
Escolanía Easo Araoz Gazte, percussion, vocals