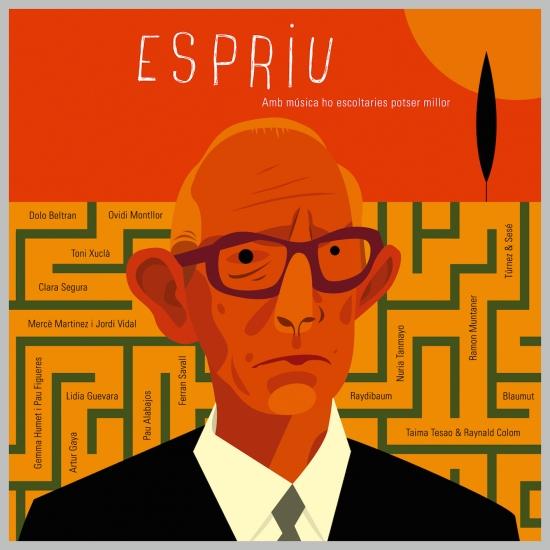 In our country, Catalonia, perhaps more than those of our cultural, poetry and music have always gone together. This tradition, which triumphed in the renaissance poems with music by Verdaguer with music of Eduard Toldrà & Enric Morera, was retaken with extraordinary success from the sixties, especially by young singers who started the movement of the New Song (during Franco’s dictatorship). Since then, the tradition of put music to the poems has been kept alive.
Salvador Espriu, naturally, has been one of the most versioned Catalan poets. In addition to Raimon, the list of poems taken to the stage is impressive. Salvador Espriu wake a stream of affection between him and not the general public, but each person, one by one, individually, face to face. Espriu became a partner, a friend, a brother often. He believed in the people, he had a sense of the people, of belonging, so that is revealed.
This double album contains a number of Salvador Espriu sung poems by several names over the course of time. Many will discover or rediscover songs that has become popular or had overlooked. The album compilation shows how Salvador Espriu, the self-discipline of Espriu permeates everyone to come closer. To put it another way, Espriu invites everyone to extract the best of himself. Not for one purpose but an innate virtue.
The pleasure to rediscover songs that maintain the initial freshness over the years, not losing the battle against time but still stand to gain, must be added the extraordinary phenomenon of new music fueled by Joan Carles Doval and Toni Xuclà .
What a great poet of the truth! Inspired a lot of artists! Captivated the audiences! And will captivate with those voices and those sounds. 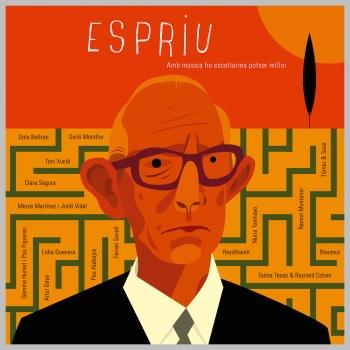