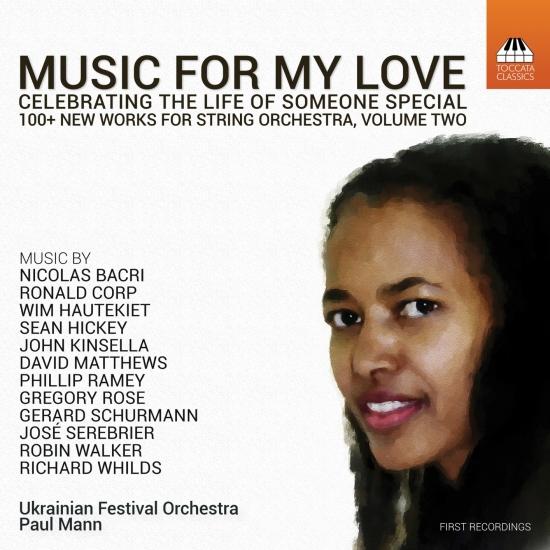 When Yodit Tekle was diagnosed with stomach cancer in late 2014, her partner, Martin Anderson, who runs Toccata Classics, asked a few composer friends to write some music for strings to bring her comfort in her illness. As her life slipped away, he had the idea that she might be remembered in music and so he began to commission other pieces for string orchestra in her memory. To his surprise, almost everyone he asked generously agreed, and so the project snowballed: there are now over 100 composers who have written or agreed to write for it – in an undertaking that is probably unique in the history of music. This second volume presents twelve more pieces in an initiative which, in effect, transforms love into something you can hear.
Music For My Love is exactly what it says it is: an extraordinary project to record 100+ pieces of new music for string orchestra written to celebrate a young woman’s life brought to an early end by illness.
Music For My Love aims to wrest some good from the teeth of despair and benefit some important charities.
Yodit Tekle died of stomach cancer on 24 April 2015; she was 37 years old. She left a five-year-old son, Alex, and her partner of seven years, the writer and record-label owner Martin Anderson. When Yodit’s illness was first diagnosed, late in 2014, one of Martin’s responses was to ask a composer-friend, Steve Elcock, to write a piece of music that would bring her consolation and comfort, and Steve responded with the very beautiful Song for Yodit for string quintet or string orchestra. Yodit heard it in an electronic realisation and was deeply touched by it.
That put an idea in Martin’s head, and in the last days of Yodit’s life he began to ask his composer friends if they would write a piece for string orchestra, with the aim of celebrating her life with a concert on her birthday in late December in Cadogan Hall – where, in 2007, he and Yodit had first met. He told Yodit of his plans for a birthday concert, with a party downstairs afterwards, ‘and all you have to do is be there’. She gave him one of those you’re-bonkers grins, but you could tell she liked the idea. They both knew it would probably be a memorial concert, but could not say so – and, of course, there’s always hope.
But the end came soon afterwards; now it was going to be a memorial concert after all. Martin kept remembering composer friends he really should ask for a piece, and soon there were far more pieces than could be accommodated in an evening of music. As the project continued to expand, it morphed into a recording series, and the original title, ‘Music for Yodit’ likewise became the more universal ‘Music For My Love’.
And the purpose of the undertaking changed too. Two charities were particularly important in the last months of Yodit’s life. Macmillan Cancer Support provided an airbed to help reduce the pain her illness was causing, and it paid for a private room in a palliative ward in Charing Cross Hospital, where Yodit eventually died. And Winston’s Wish, ‘The Charity for Bereaved Children’, as they call themselves, provided Martin with invaluable advice and support in preparing Alex for his mother’s death. Once our costs are covered, these two charities will benefit from sales of the albums in the series Music For My Love. So will Cancer Research UK, in the hope that this vile illness will one day be beaten.
Ukranian Festival Orchestra
Paul Mann, conductor 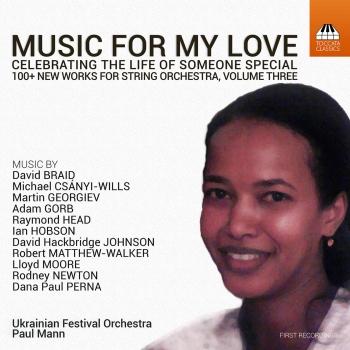 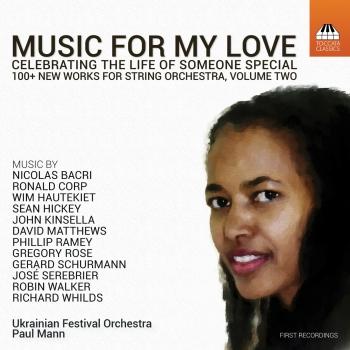