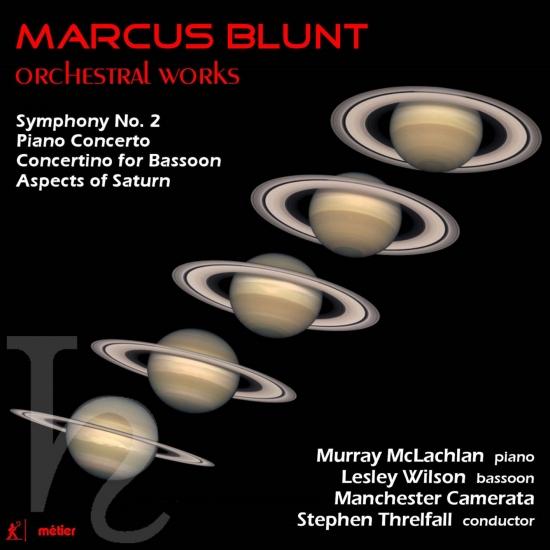 Marcus Blunt (70 this year) is a well established British composer with an international voice – his harmonic language is distinctive and varied; arising from the Romantic tradition but full of complex contrapuntal chromaticism – and also touched by the mystic in subtle ways, perhaps more apparent in his solo piano music. These works are firmly in the modern mainstream and deserve a wide audience; from the convoluted lines of the Concerto, the restrained small orchestration of the Symphony to the picturesque nature of the Bassoon Concertino, Blunt’s works retain an intense interest for the listener.
Murray McLachlan, one of the UK’s most celebrated pianists, has long championed Blunt’s work. Lesley Wilson is one of Britain’s most seasoned bassoonists and the award-winning Manchester Camerata has recently risen to the highest ranking among British chamber orchestra.
„This is a fascinating retrospective of Marcus Blunt’s orchestral music. The four works are well-chosen to provide an excellent introduction to his musical idiom. I look forward to hearing more from this composer, possibly including the Sinfonietta and the tone-poem Once in a Western Island. Finally, I wonder what happened to Symphony No.1?“ (John France)
Murray McLachlan, piano
Lesley Wilson, bassoon
Manchester Cameras
Stephen Threlfall, direction 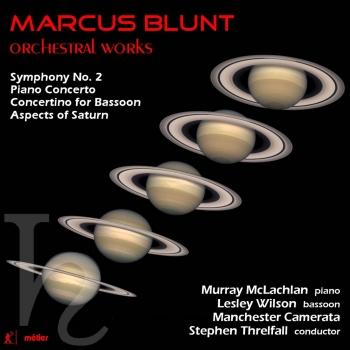 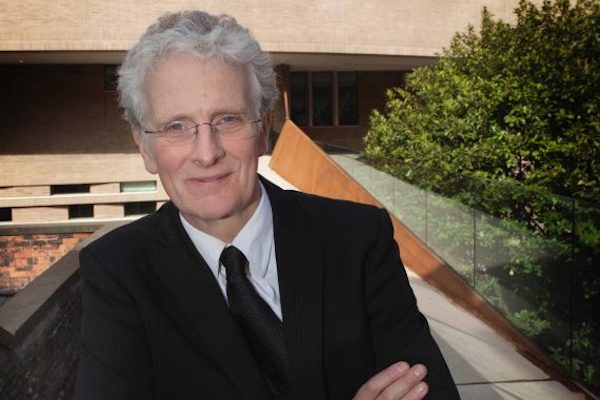 Stephen Threlfall
A highly experienced musician, Stephen’s career encompasses that of conductor, cellist and educator through his current role as Director of Music at Chetham’s School of Music, the UK’s leading music school.
As a conductor, Stephen has earned much acclaim for his performances, recordings and broadcasts which encompass a wide range of orchestral and choral repertoire. He has conducted at many major venues and festivals in the UK and with many international solo artists.
Engagements have taken him to the USA, Europe and Scandinavia, with regular visits to the Urals Philharmonic and Bach Orchestras in Yekaterinburg, the Royal Oman Symphony and Amman Symphony Orchestras. Other ensembles include Canzonetta, Leeds Festival, Chester Bach and Manchester chamber Choirs; the Northern Ballet and Northern Chamber Orchestra, Manchester Camerata and the BBC Philharmonic Orchestra.
He has conducted a number of concerts broadcast on radio; for the BBC, Classic FM and Russian national Radio and TV. His repertoire includes many world premiers notably High on the Slopes of Terror by Sir Peter Maxwell Davies.
He recorded Handel’s Messiah with the Northern Chamber Orchestra for a major national charity, broadcast live on Classic FM and his support of the Royal Naval Lifeboat Institute was recognised by a national award in 2007.
Stephen has a passion for working with young people and has enjoyed successful collaborations with many student and youth orchestras both home and abroad. He has worked with the symphony and chamber orchestras at Trinity and Royal Northern Colleges, Birmingham Conservatoire, Vannersborg Orchestra Sweden, the Texas Music Festival in Houston, as well as the National Children’s Orchestra on numerous occasions.
He has created a number of arts and community projects involving an impressive number of guest musicians, artists and specialists. These have included the award nominated Antarctica (2001), Brundibár (2002/2) projects, A Child of Our Time (2005) and The Spirit of Norway Festival (2007) which consisted of over 50 events including many educational workshops and performances. In autumn 2008, the ‘Leonard Bernstein Celebration’ included chamber and symphonic concerts, and a special concert with the composer’s daughter Nina Bernstein-Simmons.
In Autumn 2012, his four day celebration marking the 150th anniversary of Frederick Delius, included concerts with the Chetham’s Symphony Orchestra and the cellist Raphael Wallfisch, broadcast by Classic FM.
Next year, Stephen has also devised a major project marking the centenary of Benjamin Britten. This includes a wide range of performances in all areas of Britten’s output and includes symphony concerts in Manchester, Chester, London and Cheltenham and a national tour of Noye’s Fludde.
Stephen made his Royal Festival debut in February 2012 in an all Rachmaninov programme.