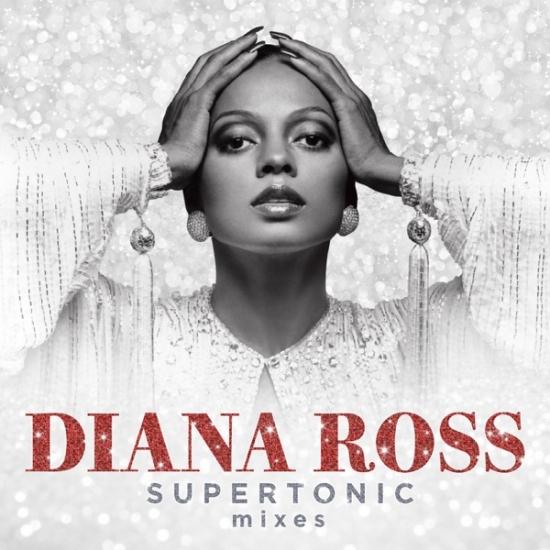 Supertonic is a special kind of Diana Ross magic. Absolutely authentic, it’s her voice, her electrifying sound. This music has no boundaries, blending the past and the now in this new collection. On May 29, the digital release of Supertonic, featuring new remixes of nine classics, will be released by Motown/UMe. Supertonic also will be available June 26 on CD and crystal-clear vinyl. Supertonic is produced by Diana Ross with remixes by producer Eric Kupper. Executive Remix Production & Marketing By Brad LaBeau Co + Peter Nelson for Pro-Motion. All remixes are created from the original multi-tracks of the masters taken from the Motown vaults.
Diana Ross rewrote history earlier this year when “Love Hangover 2020,” the first single from Supertonic, which is available today, topped Billboard magazine’s Dance Club Songs Chart – her fourth consecutive No. 1 remix with a song that had previously been No. 1 in its original release. This unprecedented accomplishment followed her history-making chart success in 2019 when “The Boss 2019” reached No. 1 on the Billboard Dance Club Songs Chart during the 40th anniversary of the original version topping the same chart, her then third consecutive No. 1 Dance Club Songs Chart hit. Written by Pam Sawyer and Marilyn McLeod, “Love Hangover 2020” reached top 5 on the Billboard Dance Club Songs Chart in just two months and peaked at No. 1. The song’s original version, produced by Hal Davis, was a simultaneous No. 1 on Billboard’s Pop, R&B and Dance Club Play charts the week ending May 15, 1976.
Supertonic also includes the three Billboard No. 1 Dance Club Songs Chart singles that reached the pinnacle during a 15-month period – “Ain’t No Mountain High Enough,” “I’m Coming Out / Upside Down” and “The Boss.” In January 2018, the remix of Ms. Ross’ exquisite global anthem “Ain’t No Mountain High Enough” (an edited version of which appeared on Diamond Diana: The Legacy Collection) hit No 1. The original version of “Ain’t No Mountain High Enough,” written and produced by Nick Ashford and Valerie Simpson, was a No. 1 Pop and R&B hit in 1970. Kupper’s mashup, “I’m Coming Out / Upside Down 2018,” hit No. 1 on Billboard’s Dance Club Songs Chart in just eight weeks. The original versions, written and produced by CHIC’s Nile Rodgers and Bernard Edwards, were both ranked No. 1 on the same chart during the same week in 1980. “Upside Down” was also a No. 1 Pop and R&B hit in 1980. “The Boss 2019” leaped over a strong field to hit No. 1 on the Dance Club chart in April 2019; the Ashford & Simpson-produced original was No. 1 on the same chart 40 years earlier. These magnificent achievements marked the first time any artist had back-to-back-to-back No. 1 Dance Club Chart hits with songs that were originally No. 1; “Love Hangover 2020” adds to this record-breaking feat. To date, Ms. Ross has had eight No. 1 hits on Billboard’s Dance Club Songs chart.
The success of “Love Hangover 2020” continues to illustrate the unprecedented star-power of Ms. Ross as a trailblazer and legend in the music industry.
The balance of the nine tracks on Supertonic include remixes of two more cuts from the album The Boss, whose original LP tracks were collectively No. 1 dance hits: a dramatic, up-tempo rendering of “No One Gets The Prize” and a Latin-ized “It’s My House.” The top 20 hit “Remember Me,” gets a smart R&B feel, while “Surrender,” and the 1973 No. 1 hit “Touch Me in the Morning” are two additional thrilling Kupper remixes.
Diana Ross
Digitally remastered 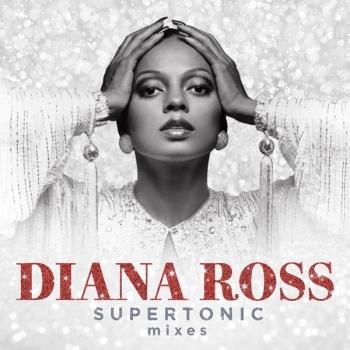 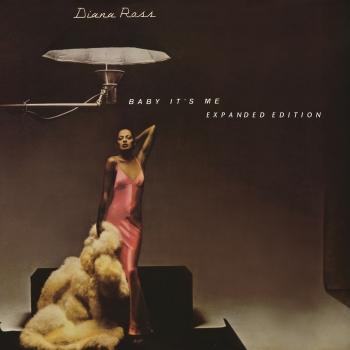 Baby It's Me (Expanded Edition) 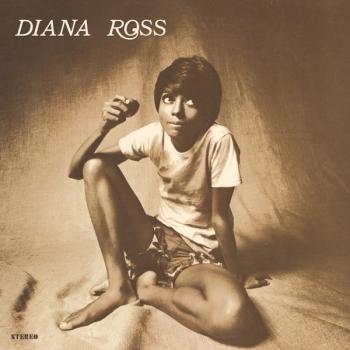 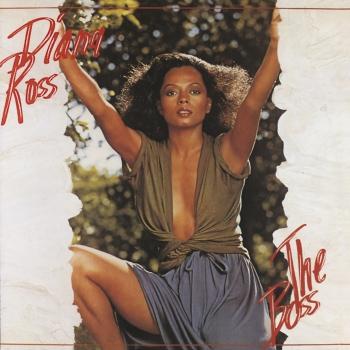 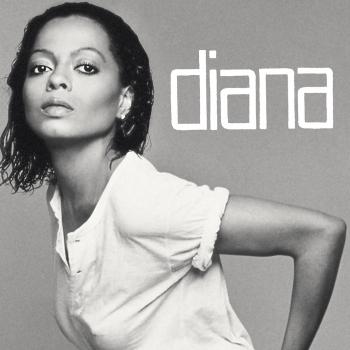 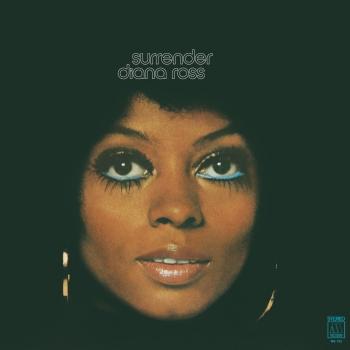 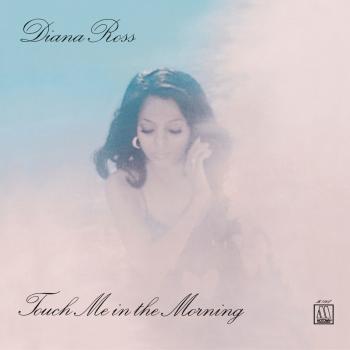 Touch Me In The Morning (Remaster) 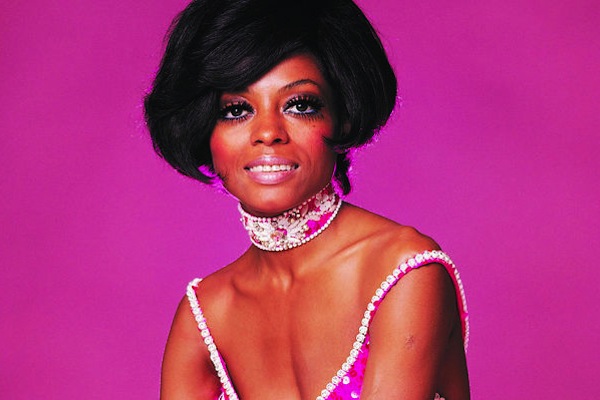 Diana Ross
While still in high school Ross became the fourth and final member of the Primettes, who recorded for Lu-Pine in 1960, signed to Motown Records in 1961 and then changed their name to the Supremes. She was a backing vocalist on the group's early releases, until Motown boss Berry Gordy insisted that she become their lead singer, a role she retained for the next six years. In recognition of her prominent position in the Supremes, she received individual billing on all their releases from 1967 onwards.
Throughout her final years with the group, Ross was being groomed for a solo career under the close personal supervision of Gordy. In late 1969, he announced that Ross would be leaving the Supremes, and she played her final concert with the group in January 1970. The same year, following the relative failure of "Reach Out And Touch (Somebody's Hand)", Ross began a long series of successful solo releases with the US chart-topping "Ain't No Mountain High Enough". She continued to enjoy success with lightweight love songs in the early 70s, with "I'm Still Waiting" topping the UK charts in 1971, and "Touch Me In The Morning" becoming her second US number 1 in 1973.
In April 1971, she had married businessman Robert Silberstein. Motown's plan to widen Ross' appeal led her to host a television special, Diana!, in 1971. In 1972, she starred in Motown's film biography of Billie Holiday, Lady Sings The Blues, winning an Oscar nomination for her stirring portrayal of the jazz singer's physical decline into drug addiction. However, subsequent starring roles in Mahogany (1975) and The Wiz (1978) drew a mixed critical response. In 1973, she released an album of duets with Marvin Gaye, though allegedly the pair did not meet during the recording of the project. She enjoyed another US number 1 with the theme song from Mahogany, subtitled "Do You Know Where You're Going To", in 1975.
Her fourth US chart-topper, "Love Hangover" (1976), saw her moving into the contemporary disco field, a shift of direction that was consolidated on the 1980 album Diana, produced by Nile Rodgers and Bernard Edwards of Chic. Her choice of hit material continued to be inspired and the 80s started with a major hit, "Upside Down", which rooted itself at the top of the US chart for a month, and reached number 2 in the UK. Similar but lesser success followed with "I'm Coming Out" (US number 5) and "It's My Turn" (US number 9), although she enjoyed another UK Top 5 hit with the jaunty "My Old Piano". The following year a collaboration with Lionel Richie produced the title track to the movie Endless Love.