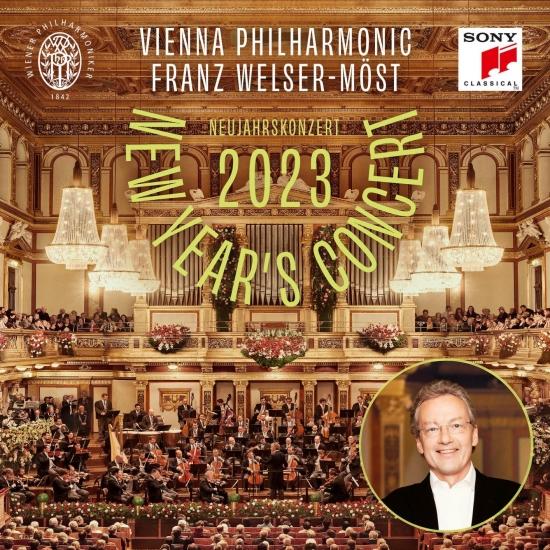 There are few concerts in the world that are awaited with as much excitement as the New Year’s Concert from Vienna. Under the direction of Franz Welset-Möst, the Vienna Philharmonic ushers in the New Year with a concert in the magnificent Golden Hall of the Vienna Musikverein.
The concert is broadcast to over 90 countries all round the world, reaching an audience of more than 50 million.
The 2023 New Year’s Concert will be conducted for the third time by Austrian conductor Franz Welser-Möst. He has already appeared twice on the podium for the New Year's Concert (2011 and 2013) and one time on the podium of the Summer Night’s Concert (2010). Franz Welser-Möst enjoys a particularly close and productive artistic partnership with the Vienna Philharmonic. He regularly conducts the orchestra in subscription concerts at the Vienna Musikverein, as well as on tours in Europe, Japan, China and the USA. Welser-Möst and the Vienna Philharmonic have also performed together at historical memorial concerts in Sarajevo and Versailles.
For 20 years, Franz Welser-Möst has shaped an unmistakable sound culture as Musical Director of the Cleveland Orchestra. Under his leadership, the orchestra has been repeatedly praised by international critics for its musical excellence. Through innovative projects and co-operations, young audiences have been continuously approached and consulted and, as a result of these initiatives, the Cleveland Orchestra now has one of the youngest audiences in the USA. Throughout his tenure, he has continued the historical tradition of the Orchestra by having a strong presence of both newly-commissioned works and opera productions within the artistic programming. In addition to orchestral residencies in the USA, Europe and China, he and the Cleveland Orchestra are regular guests at all the major international festivals. Franz Welser-Möst will remain Musical Director of the Cleveland Orchestra until 2027, the longest tenure of any Music Director the orchestra has had.
Franz Welser-Möst has been the recipient of a number of major honours and awards. He is Honorary Member of the Gesellschaft der Musikfreunde in Vienna, winner of the Vienna Philharmonic's Honorary Ring, and has been awarded the Kilenyi Medal of the Bruckner Society of America as well as the Kennedy Center Gold Medal in the Arts. In 2020, Franz Welser-Möst was awarded the Salzburg Festival Pin with Ruby in and in 2021, he was awarded the Austrian Music Theatre Prize for Elektra at the Salzburg Festival in the “Best Musical Direction” category.
The story of the Vienna Philharmonic Orchestra can be traced back to 1842, when Otto Nicolai conducted a “grand concert” with “all the members of the Orchestra of the Imperial and Royal Court Opera Theatre”. This event is generally regarded as marking the birth of the orchestra. Ever since it was founded, the orchestra has been run by a democratically elected committee and is artistically, organisationally and financially independent. In the twentieth century its artistic profile has been shaped by such leading musicians as Richard Strauss, Arturo Toscanini, Wilhelm Furtwängler and, after
1945, by three emeritus conductors, Karl Böhm, Herbert von Karajan and Leonard Bernstein. Since it was formed, the orchestra has given around 9,000 concerts in every part of the world. Since 1989 it has presented a Vienna Philharmonic Week in New York. A similar series of concerts has been held in Tokyo since 1993.
The tradition of presenting New Year’s Concerts began in 1941. The first concert marking the New Year was given in 1939, albeit on 31 December. The first conductor was Clemens Krauss. Willi Boskovsky took over in 1955 and conducted no fewer than twenty-five New Year’s Concerts between then and 1979. The list of musicians who have conducted New Year’s Concerts reads like a who’s who of leading maestros. The New Year’s Concert was first broadcast live on television in 1959. The Vienna Philharmonic regards this now traditional event as a way of wishing the world a Happy New Year through the medium of music in a spirit of hope, friendship and peace. Recordings of the New Year’s Concerts are among the most important titles on the classical music market, and Sony Classical is keen to make this release available to the widest possible international audience.
Vienna Philharmonic
Vienna Boys Choir/strong>
Vienna Choral Girls/strong>
Franz Welser-Möst, conductor 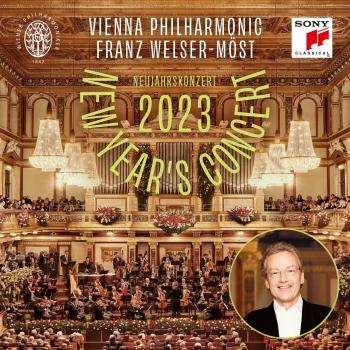 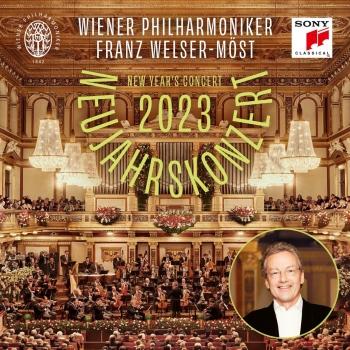