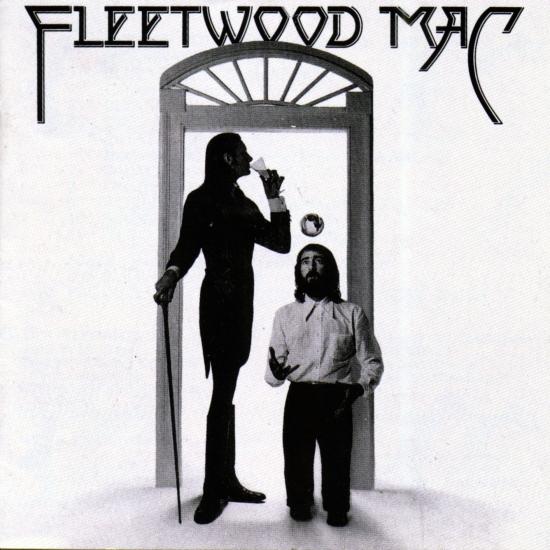 'It's unfair to say that Fleetwood Mac had no pop pretensions prior to the addition of Lindsey Buckingham and Stevie Nicks to the lineup in 1975. When they were led by Bob Welch they often flirted with pop, even recording the first version of the unabashedly smooth and sappy 'Sentimental Lady,' which would later be one of the defining soft rock hits of the late '70s. Still, there's no denying that 1975's Fleetwood Mac represents not just the rebirth of the band, but in effect a second debut for the group -- the introduction of a band that would dominate the sound of American and British mainstream pop for the next seven years. In fact, in retrospect, it's rather stunning how thoroughly Buckingham and Nicks, who had previously recorded as a duo and were romantically entangled in the past, overtook the British blues band. As soon as the Californian duo came onboard, Fleetwood Mac turned into a West Coast pop/rock band, transforming the very identity of the band and pushing the band's other songwriter, keyboardist Christine McVie, to a kindred soft rock sound. It could have all been too mellow if it weren't for the nervy, restless spirit of Buckingham, whose insistent opener, 'Monday Morning,' sets the tone for the rest of the album, as well the next few years of the group's career. Surging with a pushily melodic chorus and a breezy Californian feel, the song has little to do with anything the Mac had done before this, and it is a positively brilliant slice of pop songwriting, simultaneously urgent and timeless. After that barnstorming opener, Buckingham lies back a bit, contributing only two other songs -- a cover of Richard Curtis' 'Blue Letter,' the second best up-tempo song here, and the closer, 'I'm So Afraid' -- while the rest of the album is given over to the wily spirits of Nicks and McVie, whose singles 'Rhiannon,' 'Say You Love Me,' and 'Over My Head' deservedly made this into a blockbuster. But a bandmember's contribution can never be reduced to his own tracks, and Buckingham not only gives the production depth, he motivates the rest of the band, particularly Nicks and McVie, to do great work, not just on the hit singles but the album tracks that give this record depth. It was diverse without being forced, percolating with innovative ideas, all filtered through an accessible yet sophisticated sensibility. While Rumours had more hits and Tusk was an inspired work of mad genius, Fleetwood Mac wrote the blueprint for Californian soft rock of the late '70s and was the standard the rest were judged by.' (Stephen Thomas Erlewine, AMG)
'Mick Fleetwood, John McVie and his missus, Christine, had been through myriad lineups before finding California couple Lindsey Buckingham and Stevie Nicks. Surmounting 'cultural differences' (Buckingham's description), the group clicked, generating big radio songs such as 'Say You Love Me' and 'Rhiannon,' and Buckingham contributed solid guitar work, arrangements and vocals that bridged the wildly divergent styles of McVie and Nicks...' (Rolling Stone)
Lindsay Buckingham, vocals, guitar, banjo
Christine McVie, keyboards, synthesizer, vocals
Stevie Nicks, vocals
John McVie, bass
Mick Fleetwood, drums, percussion
Additional musicians:
Waddy Wachtel, guitar (on 'Sugar Daddy')
Recorded January and February 1975 at Sound City Studios in Van Nuys, California
Engineered by Keith Olsen
Produced by Fleetwood Mac, Keith Olsen
Digitally remastered