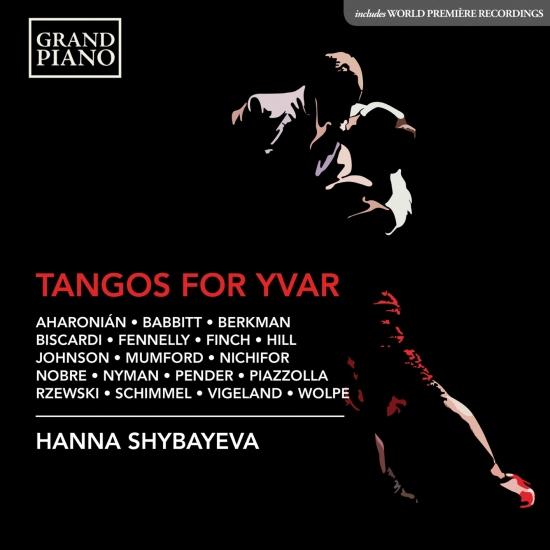 The American pianist Yvar Mikhashoff (1941–1993) commissioned 127 of the world’s leading composers to write tangos for him. Between 1983 and 1991 he received an eclectic, stylistically varied range of works that offer a unique body of contemporary tango music for the piano. Tango’s origin was in the waltz and mazurka but has long embraced jazz and even electronic music. In this unique collection the span is international and individual, ranging from traditional evocations to include the twelve-tone approach of Milton Babbitt, the minimalism of Tom Johnson, and the very personal voice of Michael Nyman.
"I was always passionate about listening to tangos – it’s a very specific style of music and dance – and as a musician, you then always want to play that music yourself. I looked for tango compositions that had been originally written for the piano and in the process came across this collection. The pianist Yvar Mikhashoff had commissioned 127 composers to write tangos for him. Almost every conceivable style can be found in this collection. It was a thrilling experience to see how the composers interpreted the concept of the tango and shaped that concept into a musical work.” (Hanna Shybayeva)
Hanna Shybayeva, Klavier 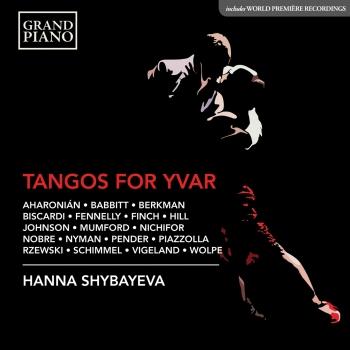 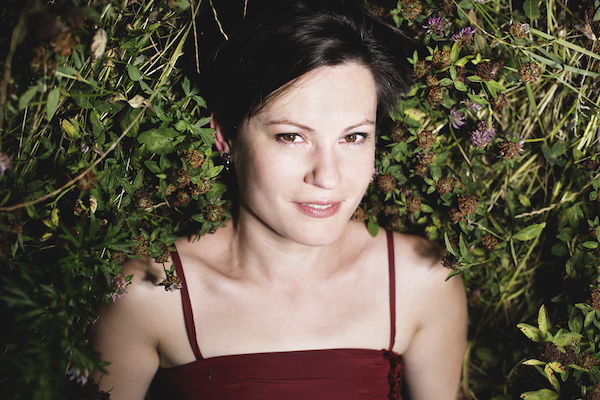 Hanna Shybayeva
Having commenced her international career at the age of eleven, Hanna Shybayeva has transformed from being a 'child prodigy' to the mature and exciting musician she is today. Her playing has been praised by both the public and the press for her deep musical interpretations, captivating energy, a great sense of form and a rich colour palette. Devoted to music in every form, Hanna enjoys her solo performances as much as being a partner in both chamber and vocal music. ​
Hanna is very active in the field of recording and has brought out numerous CD's which are highly regarded in the press. She recorded for labels a.o. Philips-Universal, Etcetera and Brilliant Classics, bringing out versatile repertoire by Ravel, Prokofiev, Chopin, T.Takemitsu, Shostakovich, Kenneth Hesketh, Schubert and the complete Etudes-Tableaux of Rachmaninov.
Her duo CD 'Sounds of War' together with violinist Maria Milstein was highly praised by the international press and was chosen as one of the five best classical albums of 2015 by the main Dutch newspaper NRC. The disk was awarded Edison Klassiek Award 2015 in the category Chamber Music. ​
On November 18th 2016 Hanna released her first LP which was recorded as live direct-to-2-track analog vinyl at the famous Bauer Studios Ludwigsburg (Germany). She is the first classical musician that has participated in the Studio Konzert Limited Edition vinyl series of the Bauer Studios/NEUKLANG. This live concert recording includes works by Couperin, Scarlatti, Chopin, Debussy, Gershwin and Kapustin and is named by the press as an 'album not to be missed'. The same program is also available as a CD published by ARS Production in April 2017.
Born into a family of musicians, Hanna began her piano-education at the age of six. Already since a very young age she has won many prizes at International Piano Competitions in Europe and Russia and had a busy schedule participating in festivals and giving solo-recitals as well as concert-performances with orchestras in Europe, Russia and the US. Hanna was awarded grants from Unesco/New Names (Moscow). the G.Soros Foundation, the Spivakov Foundation (Moscow), the Yuri Egorov Foundation (Amsterdam), Yamaha Music Europe and the Prince Bernhard Cultural Foundation of The Netherlands.
Hanna had the privilege to work closely with professors like Dmitri Bashkirov, Ferenc Rados and Naum Grubert, which had a deep influence on her musical development. With Naum Grubert she studied at the Royal Conservatory in The Hague where she graduated in 2005 as Master of Music with the highest distinction. Since then, her numerous performances include appearances in Germany, Italy, France, Belgium, Sweden, United Kingdom, Ireland, the US and Canada.
Festival performances include a.o. Festival Classique Den Haag, West Cork Chamber Music Festival, International Chamber Music Festival Utrecht, Gergiev Festival Rotterdam, Grachtenfestival Amsterdam, Sound Of Stockholm Festival, Festival Ticino Musica Italy, Festival van Vlaanderen Belgium. ​
Since 2008 she has been a member of the New European Ensemble The ensemble exists of soloists and chamber musicians from across Europe and is one of the most innovative, vibrant and versatile ensemble's for new music. In the same year Hanna started a chamber music project "Symphonic Intimacy" together with the Ysaye String Trio a project showcasting historical chamber music arrangements of symphonic works. In 2015 the group released their debut album 'Symphonic Intimacy' on the DRC label with the recording of the 3d Symphony of L.van Beethoven (arr. F.Ries) and the world premier recording of the 3d Symphony of G.Mahler (arr. A. Lobanov).
Strongly influenced and inspired by other genres like contemporary and jazz music Hanna forms a piano duo together with an Italian jazz pianist and composer Gianluca di Ienno. Started in 2014 under the titel Pianologues this duo draws inspiration from their respective repertoires and tries the third way, through interpretation, elaboration, improvisation and composition. Therefore written music gives room to improvisation in the same way improvisation becomes a trigger to invade one or the other piece of classical repertoire making the concert continuous clink of ideas and spontaneity.
Since 2013 Hanna has held a position as piano professor at the International Anton Rubinstein Music Academy in Düsseldorf (Germany)/Conservatorio Giacomo Puccini La Spezia (Italy) www.rubinstein-akademie.de