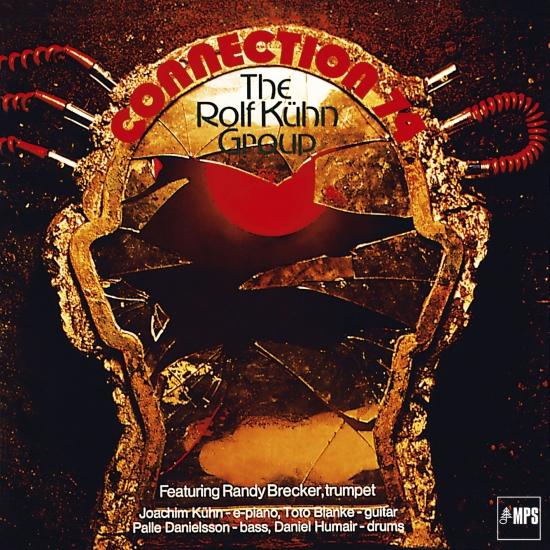 If German clarinetist Rolf Kühn has not yet been designated a national treasure, he ought to be. Already a celebrated player in his home country, Kühn migrated to the USA in 1956. The next years saw him recording and playing major venues throughout the States with his own group as well as working with Benny Goodman and Tommy Dorsey’s Orchestra. Since his return to Germany in 1962, his career has expanded into one of the most successful in German jazz, with music that encompasses traditional, swing, bop, fusion, and the Avante-garde. For this album, Kühn has assembled a group of international all-stars. Brother Joachim Kühn takes up electric keyboard duties, trumpet giant Randy Brecker and guitarist Toto Blanke, best known for his popular Electric Circus, are on hand, with bassist Palle Danielsson of Keith Jarrett fame, and master drummer Daniel Humair round out this amazing group. The compositions are a brotherly affair. There’s a taste of Miles in Rolf’s Made In Spain, but Kühn’s hip modern lines are all his own – and the band is smokin’. The freewheeling contemporary feel of Brother Joachim’s German Country reveals this is no backwoods; here the musical vista is wide-open, and Rolf’s Zest, a feature for Brecker, refreshes with its spritzy free-bop air. Rolf’s playfully titled Things Are What They Used To Be celebrates past present and future in a modally-driven, hard-swinging show piece, while Joachim’s Music For Two Brothers is a fraternal affair with Joachim switching to concert grand in a masterful exhibition of the art of the duo. Impeccable ensemble play and impressive solos by all, yet Kühn’s clarinet stands out. If you don’t know his music, this is a superb place to begin. If you’re already a fan, the album’s a must-have!
Rolf Kühn, clarinet
Joachim Kühn, piano
Toto Blanke, guitar
Palle Danielsson, bass
Daniel Humair, drums
Guest:
Randy Brecker, trumpet
Recorded October 1973 at Studio Cornet, Cologne, Germany
Engineered by Wolfgang Hirschmann
Produced by Willi Fruth
Digitally remastered