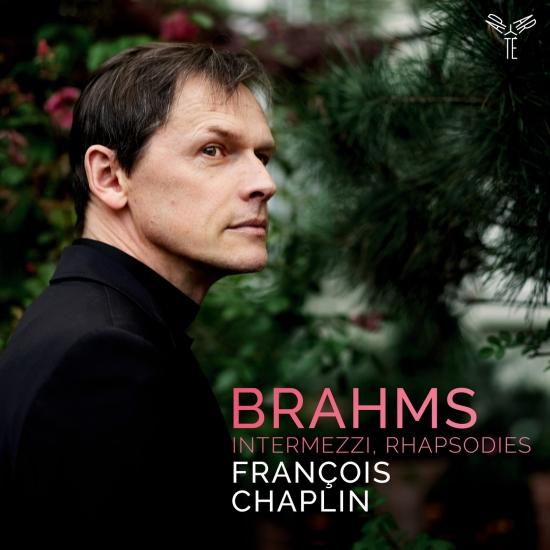 Along with composers like Alexander Scriabin and Frederic Chopin, Johannes Brahms (1833-1897) knew how to write for the left hand just as effectively as the right hand. With the focal point of most pieces being delegated to the right hand, most composers tend to assign the left hand the simple role of harmonic support. But you can tell, especially when playing his music yourself, that Brahms applied meticulous care to the left hand note selections. He was aware that, to a certain degree, the use of different or unusual notes in the left hand can alter the tone, character and color of the melodic line in the right hand, and used this to his advantage when composing. Even the most subtle changes produce that effect, and pianist François Chaplin instinctively knows when and where to emphasize that crucial yet fragile relationship between the two hands. Throughout each piece his close attention to details in the left hand is highly apparent. And nowhere is that more obvious than in the enigmatic final Intermezzo of the Op. 118, in which Chaplin's restrained use of the sustain pedal delivers a clear and unmuddled reading.
In a previous review of his 2010 recording of the Chopin Nocturnes, I had pointed out that François Chaplin, had fleshed out the internal musical mechanisms that set a piece of music in motion, and the same impressions apply to his overview of the music of Johannes Brahms. After all if you don't know or fully understand what makes a piece of music "tick", how could you possibly recreate the composer's intent to its fullest. The audio recording is close and well captures the wide frequency range of a Bosendorfer Vienna Concert grand inside a church. There are legions of recordings that cover the late piano music of Johannes Brahms, and many excellent ones to choose from. For sheer insight and perception, this one immediately muscles its way into the top ten.
François Chaplin, piano 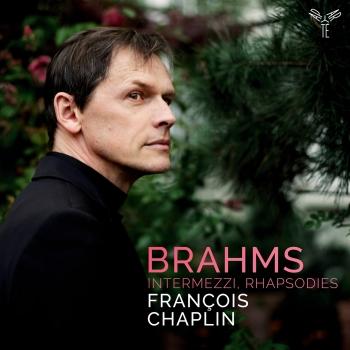 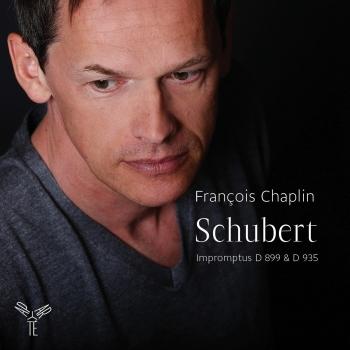 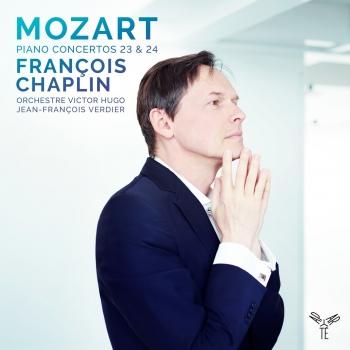 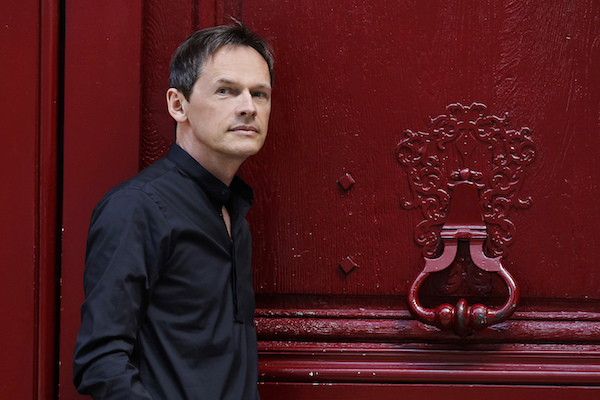 François Chaplin
trained at the Paris Conservatoire (CNSM) with the Bulgarian pianist Ventsislav Yankoff and with Jacqueline Robin (accompaniment and chamber music), and was unanimously awarded first prizes for piano and chamber music. He then followed the advanced course with Jean-Claude Pennetier.
In 1989, he received the Mozart and Robert Casadesus Prizes at the International Competition in Cleveland. Those distinctions are the start of a brilliant international career.
His recording of Debussy’s complete piano works has been unanimously acclaimed by the international press and has reaped many awards (Diapason d’Or, ffff Télérama, Award BBC Magazine/London). It is already regarded internationally as a reference. His Debussy’s recording is internationally-renowned.
On the occasion of the bicentenary of Chopin’s birth ( 2010) , François Chaplin recorded the complete Nocturnes (label Zig-Zag Territoires/Harmonia Mundi) in March 2010, acclaimed by critics (ffff Télérama) and labellised « Chopin 2010 en France ». For this event, François Chaplin performed on the most famous international stages.
On the occasion of the 150th anniversary of Claude Debussy’s birth in 2012, François Chaplin recorded with the famous French pianist Philippe Cassard a new CD of the complete works for two pianos by Claude Debussy (label Decca/Universal). This new CD comes out the 30th of January 2012 and a tour of many concerts on the most international stages will start again.
François Chaplin now appears as a soloist in many of the world’s capitals, including Tokyo, London ( Wigmore Hall ), Paris ( TCE, salle Gaveau , Musée d'Orsay ) , Berlin, Moscow and Mexico, to name but a few, and with many fine orchestras such as the Japan Philharmonic, the Saint Petersbourg Philharmonic and the renowned French national orchestras. He appears regularly at important festivals, including La Roque-d’Anthéron, Saint-Bertrand-de-Comminges, the Chopin Festival at Paris Bagatelle, the Chopin Festival at Nohant (Rencontres Internationales), Pontlevoy, Reims (Les Flâneries Musicales), Cervantino (Mexico), Yokohama (Japan), Saint Petersbourg, Riga, Kazakstan, etc.
In chamber music, François Chaplin is used to perform with quatuors like Talich Quartet and Voce. He collaborates with the cellist like François Salque and pianists like Phiippe Cassard .
François Chaplin’s other recordings include works by Chopin (Ballades, Barcarolle, Berceuse), Schumann (Kreisleriana, Kinderszenen), Poulenc ( complete works for two pianos and 4 hands with Alexandre Tharaud), Carl Philipp Emanuel Bach (sonatas) and Mozart (concertos, chamber version) and Debussy ( 4 hands and 2 pianos) with Philippe Cassard.