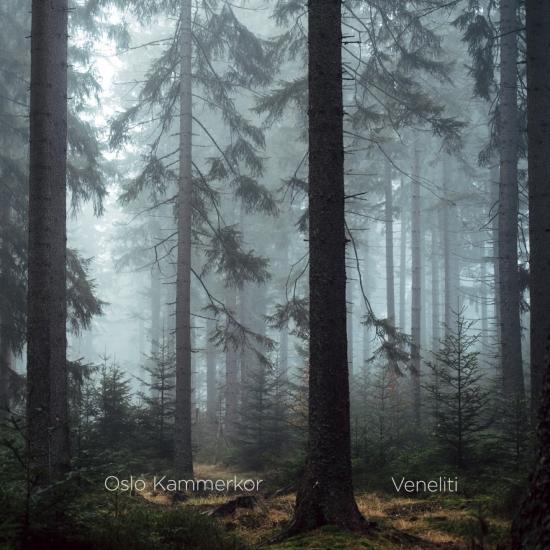 Composer Ørjan Matre has worked with Oslo Chamber Choir for over a decade. For Veneliti he has been able to profit from the choir's strong traditions in folk music in his sonic interpretations of Norwegian folk songs – fervent hymns, mystical legends and bittersweet love songs. By returning to the songs' sources and how they have traditionally been sung, Matre has preserved their core identity, giving it new life and meaning in his sonic world. Recorded here in immersive audio, you, the listener, take part in this world as if you were sitting in the choir yourself.
The music you are about to listen to has been on a long journey before it finally reaches your ears. It comprises fervent hymns, mystical legends and bitter love songs. Exactly where the journey began, however, is not easy to say, but along the way the songs gain new life through the people who sing them, each time with a slightly different shape, a different feeling, maybe a new purpose – but at their core, they remain the same.
Ørjan Matre has listened to the songs, to the singers who perform them, and has listened to old recordings of the songs, where possible. By doing this, he has been able to identify the songs' core identity – a tricky task given the difficulties of translating such melodies through traditional scoring systems. Therefore, rather than being traditional arrangements, Matre's compositions are more a sonic interpretation of that very identity.
Unni Løvlid has been teaching the choir in traditional styles of singing. By learning by ear, rather than reading the music, the singers have acquired a different kind of "ownership" of both the music and the lyrics. In addition, this approach allows for the singers to inject more of their own personality into the music. As for the live performances, conductor Håkon Daniel Nystedt has continued the by-ear approach, and, in so doing, has created a holistic expression in which the uniqueness of each voice becomes apparent.
To properly convey both the songs' identity and the multifaceted qualities of the choir on a recording like this requires a producer with a special kind of ear. Morten Lindberg's groundbreaking approach to recording techniques and immersive audio faithfully reproduces the complexity of this sound picture in a way that would have been impossible only a few years ago. As a result, Venelity has a consistency, with Matre's dreamy interludes ultimately binding together the different modes of expression and disparate sound worlds.
And now the music has found its way to you, the listener. Maybe you are in your living room, on a train, in a car, or in the woods. Maybe you will close your eyes, or let them rest on the horizon. Perhaps you are tired or sad? Perhaps happy and relieved? Either way, these songs have meant different things at different times for all kinds of people. Now they will gain new life, through your listening.
Oslo Kammerkor
Håkon Daniel Nystedt, conductor