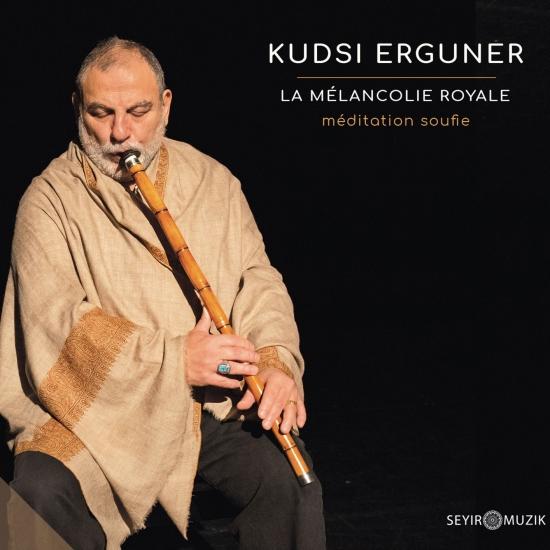 Kudsi Erguner has been playing the ney (reed flute) masterfully for 40 years, introducing the sentimental tones to Turkish and international audiences.
Considered today one of the Masters of traditional Mevlevi Sufi Music, Kudsi Erguner has been from his very young age in touch with the authentic, century old tradition of Ottoman music. During the nearly half century of his career, he has always worked on keeping the tradition of academic Ottoman and Sufi music to preserve musical styles more and more forgotten with the modernisation of the country. For his concert in the Umsiyat Concert Series, Kudsi Erguner will first present to the public the traditional Whirling Dervishes Ceremony. Confirmed one of the Masterpieces of the Oral and Intangible Heritage of Humanity, the ritual includes prayers and poetry, music and dancing and represents a mystical journey to find perfection through the abandoning of the ego. To display the very modernity of the Ottoman performance culture, the Derwishes Ceremony will be followed by Kudsi Erguner’s Islam Blues creation, displaying the many Islamic patterns of today’s blues music.
Kudsi Erguner, Ney (reed flute) 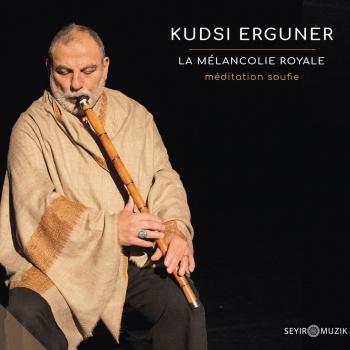 Kudsi Erguner
Along with his brother, Suleyman, Kudsi Erguner is one of the top players of the ney, a Turkish reed flute. In addition to his own recordings, Erguner has performed with Peter Gabriel, Maurice Bejart, Peter Brook, Georges Aperghis, Didier Lockwood, and Michel Portal. His compositions and collaborations have been heard in the films The Last Temptation of Christ and Meetings with Remarkable Men, theatre piece and film Mahabharata, and the ballets Le Voyage Nocturne and Neva. Erguner's band, the Kudsi Erguner Ensemble, was formed in 1988, as Fasi, with the goal of preserving the classical music of the 16th century Ottomon Empire.
Erguner hails from a musical family. His father, Ulvi Erguner, and grandfather, Suleyman Erguner, were well-known players of the ney. In addition to what he learned from his father and grandfather, Erguner learned from the older musicians who often visited his childhood home. Erguner's knowledge of Turkish classical music was enhanced through his studies of the Sufi brotherhoods.
Launching his musical career in 1969 as a member of the Istanbul Radio Orchestra, Erguner moved to Paris six years later to study architecture and musicology. The following year, he worked on Peter Brook's movie Meetings with Remarkable Men, filmed on location in Afghanistan. Erguner later renewed his collaboration with Brook, composing and performing the score for a theater piece and film Mahabharata.
After conducting research in Turkey through a grant from UNESCO in 1980, Erguner returned to Paris and founded Mevlani, an institute for the study of the classical music and teachings of the Sufis. Between 1986 and 1987, Erguner spent lengthy periods in Pakistan recording and documenting traditional music for Radio France and France Musique. In late 1987, Erguner performed a concert of Ottoman music at the Royal Albert Hall in London.