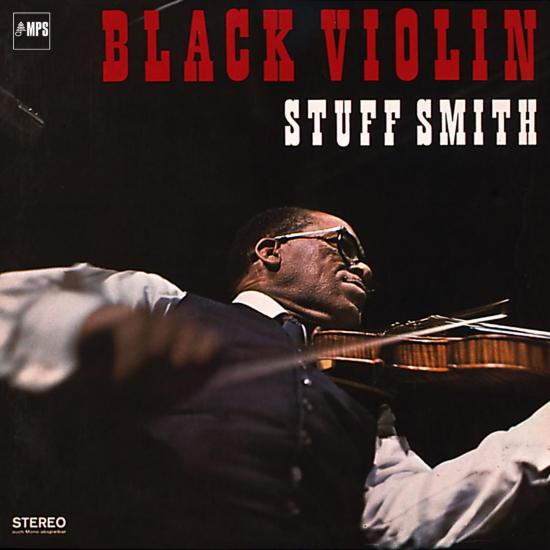 Along with Joe Venuti and Stéphane Grappelli, and Svend Asmussen, Stuff Smith was one of the pre-eminent violinists of the swing era and played an important role in the violin’s transition into the modern jazz era, playing with tenor sax giant Coleman Hawkins, bebop icon Dizzy Gillespie, and avant-gardist Sun Ra. A crack rhythm section including MPS ‘house drummer’ Charly Antolini provide ample support on this 1965 offering. Ain’t She Sweet is taken at a tasty swing tempo with Smith’s sumptuous blues-laced violin out front. April In Paris has Stuff with a spring in his step as he plays around the theme. Sweet Lorraine sees the band in a relaxed, laid-back mood, while Basie’s One O’Clock Jump has just the right bounce, with tenor saxophonist Heribert Thusek riffing along with Smith. Everybody has his say on an upbeat Cherokee, whereas Yesterdays has that blue tone of yearning. What Is This Thing Called Love brings the tenor back as Stuff explains what love is all about. It all goes to show, there’s a lot of soul in this black violin.
„Stuff Smith's poor health in his later years didn't stop him from performing or recording, this studio date in Germany was recorded not long before his death on September 25, 1967. With a band of competent but not well known European musicians backing him, the violinist completed seven numbers for his final record, all standards of various vintage. Smith, of course, is the centerpiece of the LP; although he only uses a small portion of his bow, his unorthodox approach to the instrument produces a very distinct sound all his own. His vibrato-filled introduction to "Cherokee" is followed by a fine solo by pianist Otto Weiss and several brief drum breaks by Charley Antolini. His most adventurous playing takes place during "Sweet Lorraine," in a happy arrangement that almost seems like someone whistling as he jauntily walks down the street, though his second solo within the song makes great use of dissonance. Tenor saxophonist Heribert Thusek plays in unison with Smith during the opening to "One O'Clock Jump" and takes a swinging solo prior to the leader; he is also present on one other number, a foot tapping easygoing take of "What Is This Thing Called Love?" Unfortunately, this LP disappeared from print rather rapidly after its 1972 release when BASF quit the record-making business, so fans of Stuff Smith may have a very difficult time locating a copy of this excellent LP.“ (Ken Dryden, AMG)
Stuff Smith, violin
Otto Weiss, piano
Heribert Thusek, tenor saxophone
Peter Witte, bass
Charly Antolini, drums
Digitally remastered 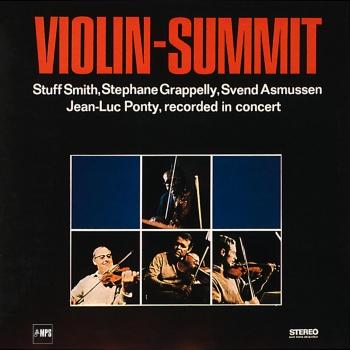 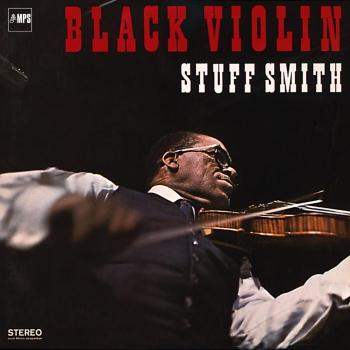 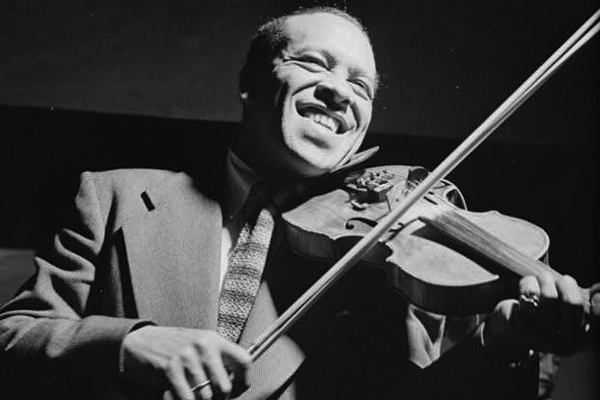 Stuff Smith
was undoubtedly one of the great swing violinists of the early 20th century. He was an African-American, born Hezekiah Leroy Smith, in Ohio; his nickname came from his habit of referring to other people whose name he couldn't remember as "Stuff".
Smith was born August 14, 1909 in Portsmouth, Ohio and grew up in nearby Massillon and Cleveland where he absorbed the influence of jazz trumpeter, Louis Armstrong. He started his career in the Alphonso Trent orchestra in Dallas in 1926 and formed his own band in 1930. Smith achieved stardom while leading small groups at the Onyx Club in New York City. After being signed to Vocalion in 1936, he had a big hit with "I'se A Muggin'" and was billed as Stuff Smith and his Onyx Club Boys. He recorded for Vocalion in 1936, Decca in 1937 and Varsity in 1939-1940. Smith cited Louis Armstrong as his primary influence and inspiration to play jazz, and like Armstrong, was a vocalist as well as an instrumentalist.
He is credited as being the first violinist to use electric amplification techniques on a violin. He contributed to the song "It's Wonderful" (often performed by Louis Armstrong and Ella Fitzgerald throughout their careers.
Smith moved to Denmark in 1965 and performed throughout Europe until his death on September 25, 1967 in Munich Germany. He is buried at Klakring Cemetery in Jutland, Denmark.