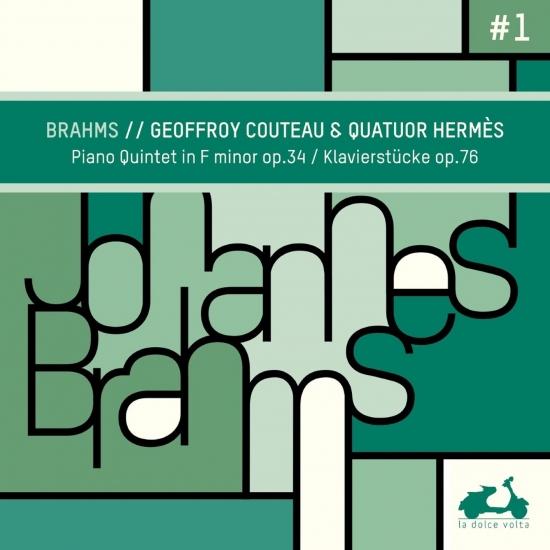 In March 2016, Geoffroy Couteau presented the complete solo piano works of Johannes Brahms in a box set of six discs released by La Dolce Volta.
After this magnum opus, the pianist reaffirms his passion for the composer by continuing his musical adventure with a complete recording of Brahms’s chamber music with piano.
Here is the first volume in this colossal project: the Piano Quintet op.34 coupled with the Klavierstücke op.76.
Geoffroy Couteau, piano
Quatuor Hermès 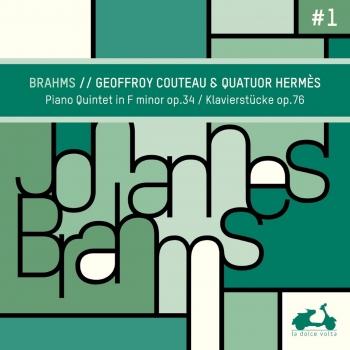 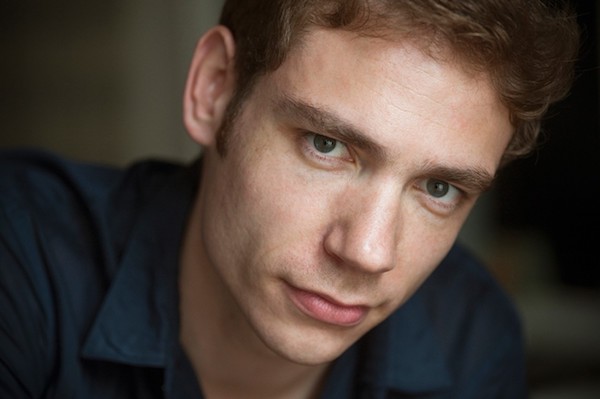 Geoffroy Couteau
is a profound and sincere artist. He has been acclaimed repeatedly for his dense, rich playing, his wholeheartedness, and his risk-taking. For him, performance is the fulfillment of musical work, the fruition of a rich and complex process. It is assuredly the reason for this unique mode of expression and this unusual presence. He was awarded first prize in the International Johannes Brahms competition in 2005. His first recording, of Brahms’s final works, earned him a number of honors: “ffff” from Telerama, 4 stars from Le Monde de la Musique, 5 tuning forks, etc. Since its release, he has been playing in prestigious venues such as the Amsterdam Concertgebouw, the Forbidden City Concert Hall in Beijing, The National Museum of Fine Arts in Rio de Janeiro, the Auditorium of the Musée d’Orsay, the Maison de la Radio, the Théâtre de l’Athénée, the Théâtre Mogador, the Salle Gaveau, The Amphitheater at the Bastille Opera House, etc. He was guest soloist with the Bangkok Symphony Orchestra in Thailand for Chopin’s First Concerto, and he has been invited to play in various festivals such as the “Piano aux Jacobins” Festival in Toulouse, the Chopin Festival in Bagatelle, the Chopin Festival in Nohant, the Lilles Piano Festival, the New Soloist Festival at the Serres d’Auteuil, the Epau Festival, the “French May” in Hong-Kong, etc. He is a frequent guest on several radio programs on France Musique, and on television programs like Mezzo and Direct 8. He was unanimously accepted to begin a course of studies at the Higher National Music Conservatory in Paris in the class of Michel Béroff, Denis Pascal, and Eric Le Sage. In 2002, he received the conservatory’s diploma of advanced formation with highest honors, fist in his class by a unanimous vote, and with the special Daniel Magne award. That same year he began the advanced proficiency course in piano under the direction of Michel Béroff, Marie-Françoise Bucquet, and Nicholas Angelich. He also studied chamber music with Jean Mouillère and Christian Ivaldi, and was awarded highest honors. He has participated in a number of master classes from renowned musicians such as Dmitri Bashkirov, Christoph Eschenbach, and Leon Fleisher. He has, moreover, been awarded grants from the Cziffra Foundation, the Concertante Foundation, the Mécénat Musical Société Générale, the Série Déclic– Culture France, and the Nadia et Lili Boulanger Foundation.