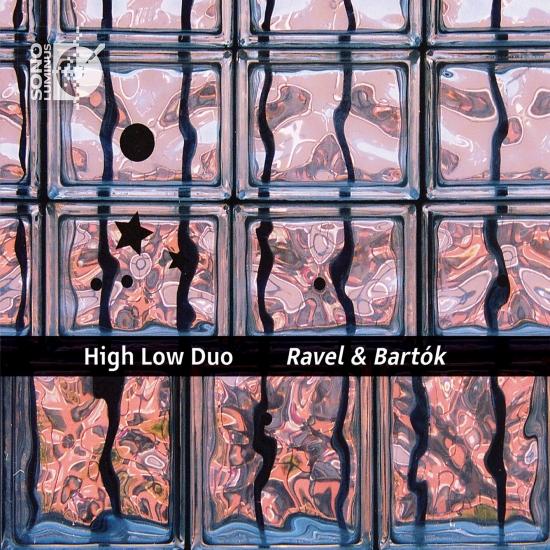 New York-based guitarists Jack Petruzzelli and Cameron Greider have played with a Who’s Who of rock and pop artists from Patti Smith and Chris Cornell to Joan Baez and Rufus Wainwright.
As High Low Duo, they take the twangy electric guitar sounds of the fifties and sixties to some unexpected places--they play surf and Western Swing originals, but also take on the classical composers, reimagining repertoire from the Middle Ages to the 20th century as electric guitar duo pieces. Their debut release, coming September 24th on the Grammy-winning Sono Luminus label, features Ravel’s Mother Goose Suite and selections from Bartok’s 44 Duos for Violin. With this album High Low Duo make the case for the electric guitar as a classical instrument, capable of the range of colors and expression needed to bring these pieces to life.
High Low Duo:
Cameron Greider, electric guitar
Jack Petruzzelli, electric guitar 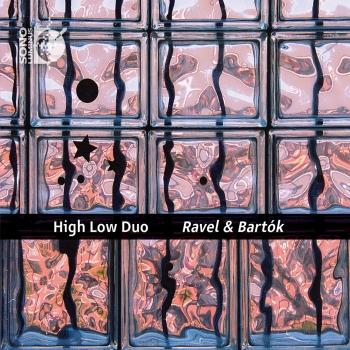 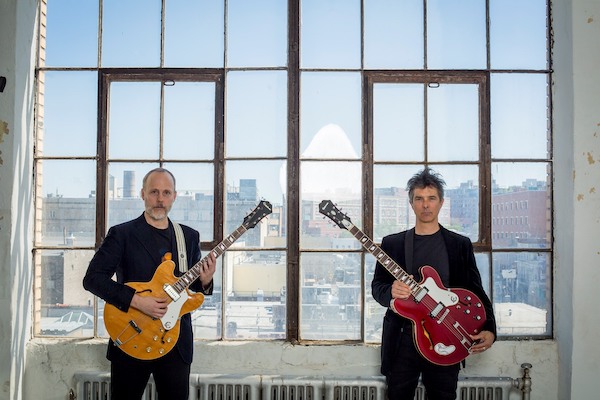 High Low Duo
take the twangy electric guitar sounds of the fifties and sixties to some unexpected places. Guitarists Cameron Greider and Jack Petruzzelli play original surf and western swing instrumentals, inspired by Chet Atkins and Les Paul, but they also venture into classical music. Their forthcoming debut CD, featuring Ravel's Mother Goose Suite and Bartok's Violin Duos, makes a good case for the electric guitar as a classical instrument, capable of the range of expression and colors needed to bring these pieces to life. ​
Cameron Greider
is a guitarist, producer and composer who has worked with Joan Baez, Chris Cornell, Natalie Merchant, Sean Lennon, Freedy Johnston, Rufus Wainwright, P.M. Dawn and many others. ​
He started on classical guitar at age 12, but soon figured out that by putting a microphone inside the instrument and hooking it up to the family stereo, he could rattle the windows of their Washington D.C. house. Once he got a real electric guitar, he played in bands in high school and in college at Yale University. In 1988 he moved to New York to study at the New School Jazz and Contemporary Music program, and soon found himself playing gigs with local singer-songwriters.
In 1993 he auditioned for his first tour, with alternative hip-hop group P.M. Dawn, and the next week he was playing with them on the Tonight Show. He would go on to play and co-write on their next few records. Another important collaboration was with Freedy Johnston; Greider played on his album Blue Days, Black Nights and produced the Elektra release Right Between the Promises. He also played on Martha Wainwright's debut record, and Chris Cornell's solo album Carry On.
Tours with Rufus Wainwright, Sean Lennon, Joan Baez, Curtis Stigers, Natalie Merchant and others have taken him all over the U.S., Europe, Japan and Australia. He has performed on the Tonight Show, Late Night with David Letterman, and the Late Show with Conan O'Brien, and has worked with top-tier producers like Butch Vig, T Bone Burnett and Steve Lilywhite.
Writing for strings led to an interest in classical music, which soon became an obsession. He went back to school at the Mannes conservatory to study music theory, piano, composition, and conducting. He enjoys writing for groups from string quartets to full orchestra and has contributed arrangements to film scores as well as pop songs. He also arranges classical pieces for his electric guitar duo with Jack Petruzzelli, High Low Duo.