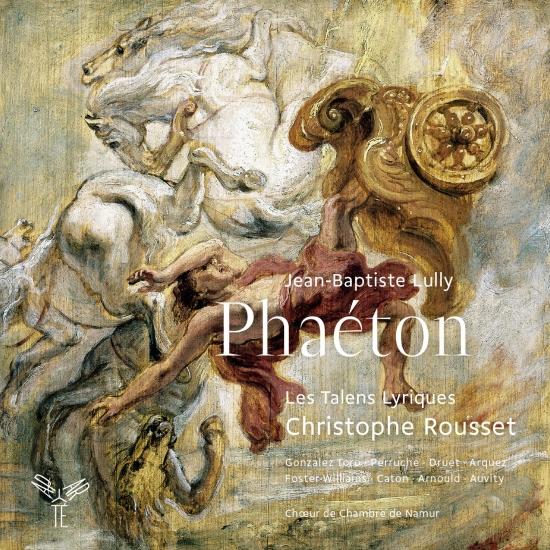 Founded in 1991 by Christophe Rousset, Les Talens Lyriques are now internationally recognised for their excellence in the Baroque repertoire and their latest recordings in the genre, for Aparté, have earned them international acclaim. After the huge success of 'Bellérophon', they now present Lully's 'Phaéton', recorded at the Salle Pleyel in Paris in October 2012. The critics commented on the admirable clarity and precision of the performance, the perfection of the choruses, sung with veracity by the Namur Chamber Choir, and an ideal cast. 'Phaéton' was the eighth tragédie lyrique to emerge from the successful collaboration between Jean-Baptiste Lully and his faithful librettist, Philippe Quinault, and it is one of their most remarkable creations. First performed in 1683, it proved so popular that it was referred to as the opéra du peuple . As Christophe Rousset puts it, 'Its airs were whistled at Versailles and on the bridges of Paris.' In keeping with the tastes of the time, the work is laden with allegory. Phaéton describes a young man s temerity in wishing to drive the chariot of the sun god, his father, and his subsequent downfall. It presents a moral lesson and also served the image of the king: Jupiter brings to an end the chaos that prevails in the world, just as Louis XIV brought peace to Europe, while promising his people a Golden Age.
Louis XIV commissioned the Italian composer Jean-Baptiste Lully to establish French Opera as a foundation of artistic excellence at the Palace of Versailles. As the symbol and seat of a triumphant monarchy, Versailles was as much a political phenomenon as an artistic one. In a society where the outward show of the king was closely linked to the image of a God, all the arts were harnessed to project the glory of Louis XIV’s reign.
Amadis is one of Lully’s later operas, composed in 1683 and premiered the following year. The subject was chosen by Louis XIV himself, with a libretto by Philippe Quinault based on the popular medieval tale of Amadis de Gaula by Garci Rodríguez de Montalvo. It is the first Lully-Quinault opera to have a subject based on chivalric romance instead of on classical mythology.
The story centres around the titular hero Amadis - a knight who is desperate to regain the love of his beloved Oriane, who thinks he has been unfaithful to her. Meanwhile, the evil pair of Arcalaüs and his sister, the enchantress Arcabonne, want to destroy Amadis in revenge for him killing their brother. They entrap Oriane, as well as Amadis’ friend Florestan, and reel him in. But as Arcabonne gazes upon Amadis, she realises he is the unknown man whom she has secretly loved since he once saved her from certain death.
Since creating the soundtrack to the film Farinelli, “musical archaeologist” Rousset has continued his historical exploration of forgotten masterpieces from the French court of Louis XIV at the Palace of Versailles, championing works of Lully, Rameau and Charpentier. His trail-blazing re-discovery of lesser-known music by Salieri, Cimarosa, Martin y Soler, Pergolesi and Benda has encouraged a reassessment of the roles of Handel and Mozart’s contemporaries. It has also earned him the title of “music’s greatest mischief-maker” by the Guardian.
Amadis follows Rousset’s highly successful revivals of Lully’s operas Phaëton, Persée, Roland and Bellérophon - the latter receiving its world premiere concert performance in the 2010 Beaune festival and in the original Opera Royal in the Palace of Versailles the same year.
As demonstrated in his acclaimed concert performances and recordings of Roland, Persée and Bellérophon, Christophe Rousset has a special affinity with Lully and has done much to revive interest in and appreciation of this influential composer. With Les Talens Lyriques, Rousset has performed concerts in Versailles of some of the music composed specially for the court, which accompanied Louis XIV’s daily routine.
“Christophe Rousset drew a performance of incandescent drama in Lully’s Phaéton. Les Talens Lyriques played throughout with flawless idiomatic ease and beguiling rhytmic lift; this is their music and they know it.”
Cyril Auvity (Amadis)
Judith Van Wanroij (Oriane)
Edwin Crossley-Mercer (Arcalaüs)
Hasnaa Bennani (Corisande)
Bénédicte Tauran (Urgande)
Ingrid Perruche (Arcabonne)
Benoît Arnould (Florestan)
Les Talens Lyriques
Choeur de chambre de Namur
Christophe Rousset, conductor, director 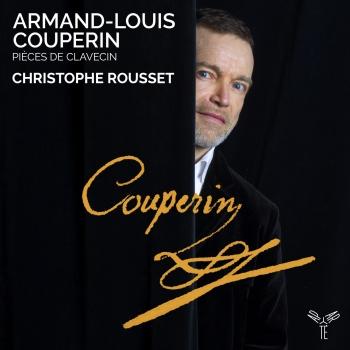 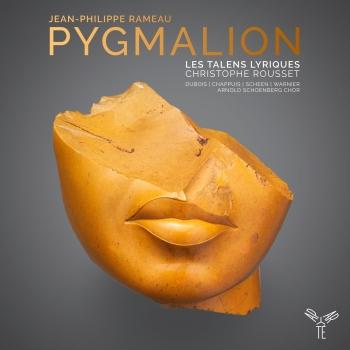