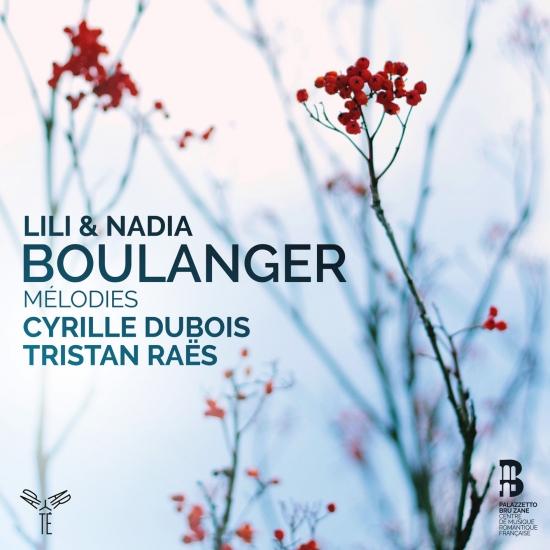 Tenor Cyrille Dubois and pianist Tristan Raës bring together Nadia and Lili Boulanger's finest works as they release their new record. The precocious early talent that is reflected in these mélodies echoes to their singular path. Nourished from Debussy and Fauré, these pieces also show a remarkable boldness and unusual nature that would probably have given birth to the most striking works of the twentieth century, if Lili's life hadn't been taken away aged 24, leading her sister Nadia to stop composing.
Following the success of their Liszt recital and its critical acclaim, Cyrille Dubois and Tristan Raës rediscover these remarkable works and reveal, with the Palazzetto Bru Zane, their outstanding modernity. Bringing Nadia and Lili Boulanger's unrecognized genius to light, they redress this injustice with a memorable record.
Cyrille Dubois, tenor
Tristan Raës, piano
Recorded March 2018 by Matteo Costa at the Palazzetto Bru Zane in Venice 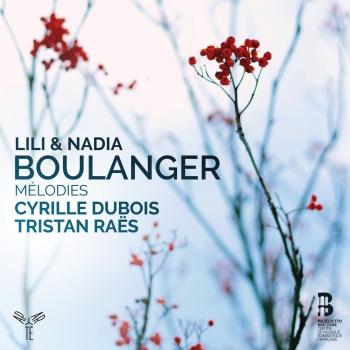 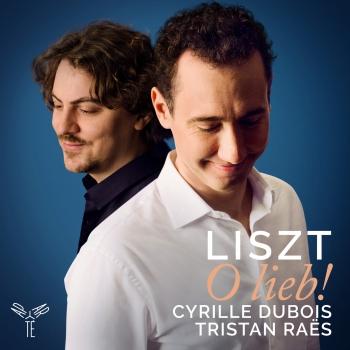 Cyrille Dubois
At the age of 11, Cyrille Dubois discovered singing at the Maîtrise de Caen. He entered the Conservatoire national supérieur de musique et de danse in Paris in the class of Alain Buet. Afterwards, he studied with Anne Le Bozec, Jeff Cohen, Helmut Deutsch, François Le Roux, Janine Reiss, Ann Murray and Natalie Dessay. In 2010, he joined the l’Atelier Lyrique de l’Opéra national de Paris. He made his debut at La Scala and the Opéra national de Paris with the role of Nathanaël (Les Contes d’Hoffmann), and sang Azor (La Dispute, Benoît Mernier) at La Monnaie Bruxelles, Almaviva (Il Barbiere di Siviglia) at the Théâtre des Champs-Elysées, Gonzalve (l’Heure espagnole) for his Glyndebourne Festival debut, and Belmonte (Die Entführung aus dem Serail) at the Opéra de Lyon. Together with pianist Tristan Raës, he gives recitals as Duo Contraste. Together, the are laureates of the Concours Lili et Nadia Boulanger and triple laureates of the Concours de Musique de Chambre de Lyon 2013. In 2015, he was crowned at the 22nd Victoires de la Musique Classique in the category “Lyrical Artist Revelation”.
Tristan Raës
He began learning the piano at 6 years of age, studying with his father Alain Raës. At 13 he garnered a First Prize at the Schola Cantorum in the class of Jean Jacques Painchaud, and the same year received Second Prize in the Sarrebourg competition.
He thereupon entered the Conservatory of Lille, where he obtained a Gold Medal 1996, having followed the postgraduate curriculum there.
In 1999, Tristan Raës was accepted unanimously at the Paris Conservatory (Conservatoire National Supérieur de Musique), where he received the prix in piano and the diploma of advanced studies in 2002, in the class of Bruno Rigutto.
After a Second Prize and a special prize for contemporary music in the Moravia competition (Czech Republic) he enrolled in the advanced chamber music curriculum in the classes of Marie-Francoise Bucquet and Daria Hovora. Concurrently he worked on solo repertory with Nicholas Angelich and Pascal Devoyon, as well as Pierre Boulez on the occasion of the performance of one of his works. He recorded in 2004 a CD of the complete music for two pianons by Francis Poulenc, which received warm critical acclaim. He subsequently entered the instrumental accompaniment class of Jean Koerner, then the vocal accompaniment class of Anne Le Bozec, wherein he obtained the prix by unanimous decision in 2007 and 2009.
A few months later he obtained the First Prize in piano at the Nadia and Lili Boulanger international Voice-Piano Competition in Paris. In 2013, he was the winner of the international chamber music competition in Lyon, where he was awarded the First Prize, the Special Prize of the Bayer Foundation and the Audience Prize in duo with Cyrille Dubois, tenor.
He performs in recital, chamber music and with orchestra in numerous festivals, such as the tels le Pablo Casals Festival, Pianofolies, “Clé de soleil,” the Saison Musicale des Invalides, Ars terra, “Jeunes Talents”…
For several years he has occupied the post of Specialized Assistant in Artistic Instruction at the Conservatoire à Rayonnement Régional of Paris.