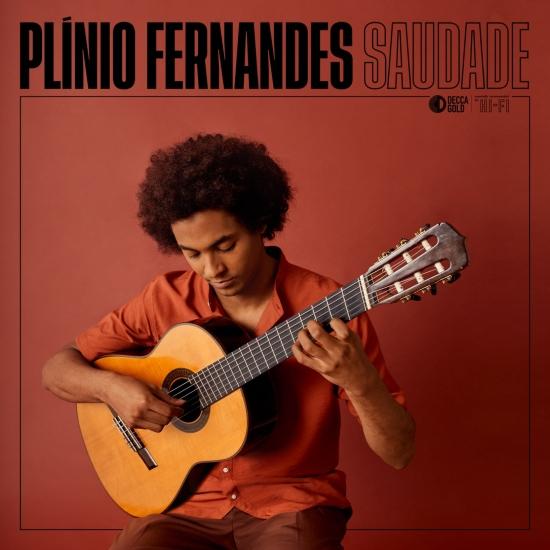 Plínio Fernandes’ album ‘Saudade’ features music by Brazilian composers and special guests Sheku and Braimah Kanneh-Mason and Maria Rita.
The album also features special guests Sheku Kanneh-Mason on cello in Villa-Lobos’ flowing and lyrical “Bachianas Brasileiras No. 5: I. Aria (Cantilena),” Braimah Kanneh-Mason on violin in “Menino,” and renowned vocalist Maria Rita in a rendition of “O Mundo É Um Moinho.”
Plínio has worked with Sheku Kanneh-Mason in the past when he was featured in both Sheku’s album Elgar on the track “Scarborough Fair,” and in the BBC “Imagine” documentary episode “This House is Full of Music,” which centered around the Kanneh-Mason family.
We also hear Fernandes evoke his love for a far-off home, Brazil, a wistful love that renders the passionate expression in his guitar work all the more palpable. “I’ve found a home in London, and I plan to stay,” he says, “but the title Saudade means nostalgia, longing for something, which is literally what I feel here. The way I connect to Brazil and my identity as a Brazilian artist is through music.” To that end, Fernandes performs a virtuosic, soaringly melodic set that spans a wide range: from the famous Five Preludes of Heitor Villa-Lobos — the towering representative of 20th-century classical music in Brazil —to the timeless songs of Antônio Carlos Jobim, Milton Nascimento, Jacob do Bandolim, Violeta Parra, Edu Lobo, Cartola and more.
In addition to releasing Saudade, Fernandes is also committed to music education and was recently invited to join the Music Masters charity as an ambassador. In this capacity he’ll be performing, teaching, and guiding young musicians in the schools, carrying on the pedagogic traditions and practices that started him on his path.
Born and raised in São Paulo, Brazil, Plínio Fernandes’s musical talent has brought him all over the world, including to the Royal Academy of Music in London where he received his master’s degree and has lived for the last seven years. With “Saudade,” an entrancing collection of works for solo guitar, Fernandes makes his auspicious recording debut for Decca Gold, weaving together all his musical loves and telling his complex and captivating international story in sound. “I chose songs that I grew up listening to,” Fernandes explains, “and in many cases I fell in love with the guitar through them.” We hear that boundless love, that charge of artistic talent in early bloom, throughout “Saudade.”
Plínio Fernandes, classical guitar
Additional musicians:
Maria Rita, vocals
Sheku Kanneh-Mason, cello
Braimah Kanneh-Mason, violin
Zur Info: wir bieten dieses Album in der nativen Abtastrate von 48kHz, 24-Bit an. Die uns zur Verfügung gestellte 96kHz-Version wurde hochgerechnet und bietet keinen hörbaren Mehrwert! 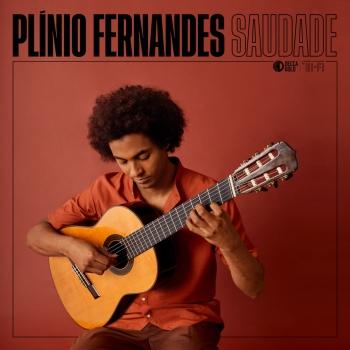 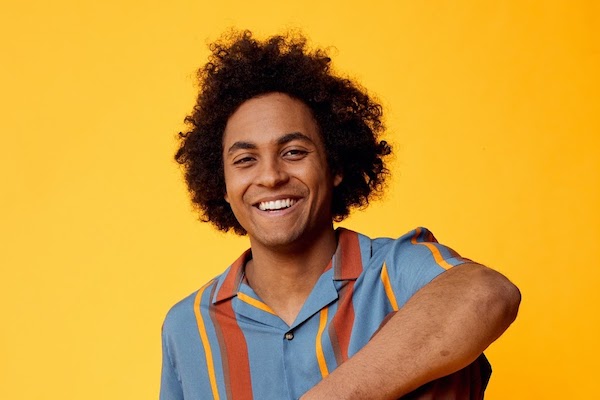 Plínio Fernandes
Born into a family of musicians, Fernandes received his first guitar lessons from his father. At the age of 12, after winning national youth guitar competitions, he played as a guest soloist with the Campo Grande Symphony Orchestra and took private lessons in São Paulo from the renowned teacher Henrique Pinto and later, at 16, from Pinto’s student and protégé, Fabio Zanon. Fernandes then received a full scholarship to attend the International Campos do Jordão Winter Festival from 2011-2014. During that period, he gave recitals and performed in chamber concerts in some 35 cities throughout Brazil and Chile. Encouraged by his family and teachers, he made the move to London to pursue a career as a concert musician. His teachers at the Royal Academy of Music (2014-2020) included Zanon, Prof. Michael Lewin, Steve Goss, and David Russell, under a full scholarship funded by the Brazilian Ministry of Education.